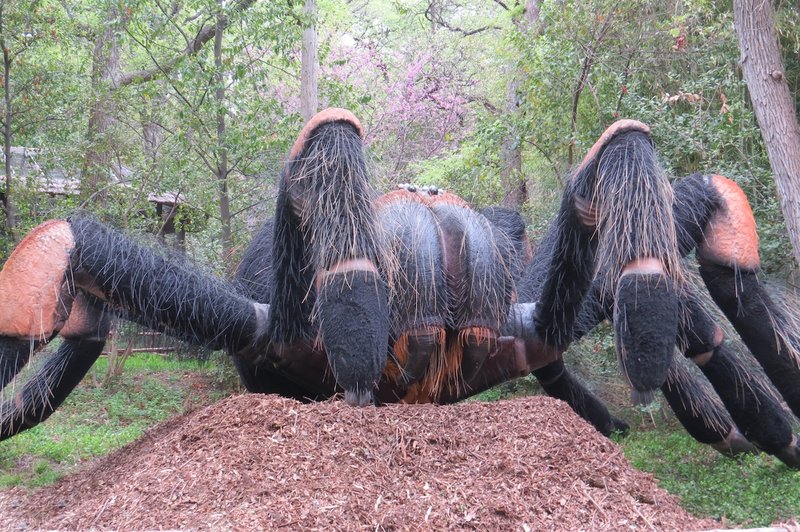 Though the Fort Worth Zoo is a popular North Texas destination staffed by many hard-working professionals, I don’t visit very often. I’m no PETA zealot, but the older I get, the more vaguely sad it makes me feel to watch animals in cages. Here’s one thing that’s guaranteed to put a smile on my face, though –– giant marauding insects hellbent on destroying civilization as we know it. Tarrant County won’t be razed by the 13 monster insects on display at the Zoo’s current Gigantabugs! exhibit, but these intricately detailed animatronic sculptures sure look like they could swallow whole class trips of unsuspecting grade-schoolers, and that’s the important part. All the greats of the 1950s “big bug” movie genre are on hand –– ants, tarantulas, scorpions, mantises –– to terrify, fascinate, and, as a nice side effect, educate your children. If I was King of the Fort Worth Zoo, the Gigantabugs! exhibit would include a few realistic human dummies with red chew marks strategically positioned for maximum effect. Unfortunately for me –– but luckily for the Zoo’s child visitors –– I didn’t get to decorate the show, which is on display through July 6. Damn! Oh, well. Catch it before it closes anyway.