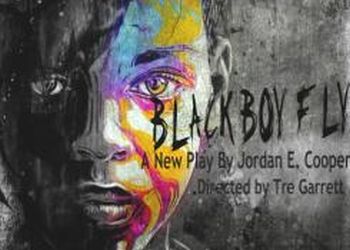 As much as theater is a spontaneous art form that explores the important issues of the day, it’s not a particularly ripe medium for “ripped from the headlines”-style plots about hot button news stories. Playwrights tend to give themselves some time and distance before digesting a public controversy, but that’s by no means mandatory. Hence Jubilee Theatre artistic director Tre Garrett is helming four mainstage performances of a new drama by a young playwright –– Jordan E. Cooper’s Black Boy Fly.

Cooper, who is Jubilee’s artist-in-residence for its 2013-’14 season, has set up an incendiary dramatic situation in his script: A young Harvard Law student who is African American finds himself working on the defense team of Florida shooter George Zimmerman, who was, need I remind you, acquitted of the murder of Trayvon Martin. The Ivy League intern finds himself butting heads with his brother (a recent prison parolee), his current white girlfriend, and his black ex-girlfriend over issues of race, class, justice, and what an individual owes to himself vs. his community.

A brand new script by an up-and-coming playwright about one of the most volatile criminal trials of the past decade? Black Boy Fly could be messy or inspired, or it could be both. Performances happen 7pm June 13; 3 & 7pm June 14; and 3pm June 15 at Jubilee Theatre, 506 Main St, FW. Tix are pay-what-you-can (with a $5 minimum).