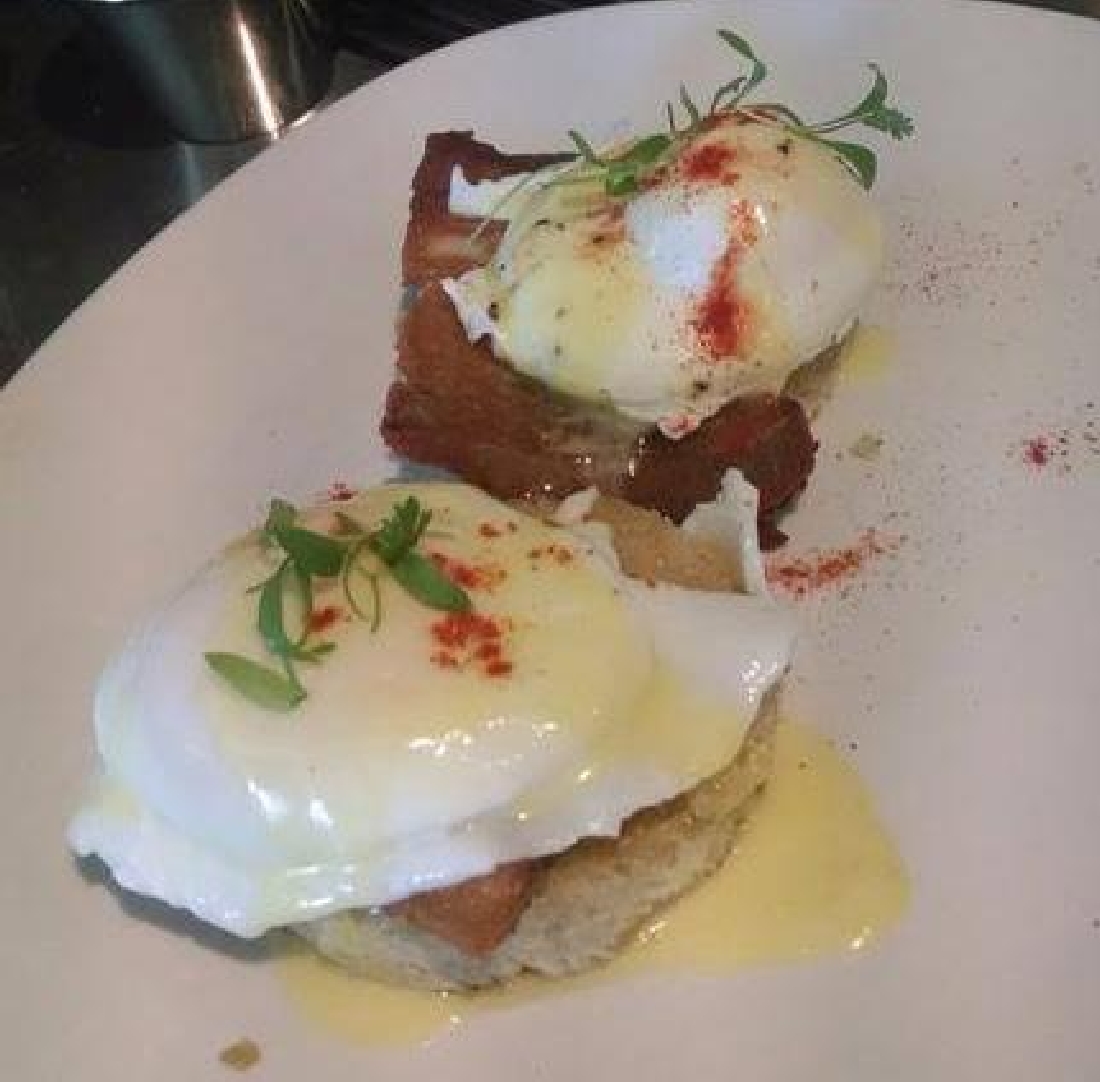 Are we on the verge of another tapas craze? Several years ago, every eatery in town came up with a “small plates” menu. Tapas fever didn’t last long, but it left its mark. Plenty of restaurants still serve the small dishes designed for sharing, and restaurant-goers got used to the idea of forgoing huge portions in favor of sampling a wider variety of treats.

Earlier this year Bird Cafe (155 E. 4th St.) rolled out a good, if flawed, menu of little plates (though the folks there don’t use the T word). And then just a couple of weeks ago 24 Plates Tapas Bar & Restaurant (407 W. Magnolia Ave.) opened its doors. Never one to miss out on the reboot of a trend (I still have my pog collection from 1990-something), I went to check out the new addition to Mad-Nolia’s restaurant row.

The place itself is something of a revival. It’s set in the historic W. F. Laurence Fine Flowers building, and the outside has a vintage look. Inside, there’s a cool modern industrial vibe, with single lightbulbs hanging down over the tables, large metal works of art, and enormous windows.

The menu specializes in what the operators call “global cuisine,” with a selection of small dishes and several larger ones. A glance at Chef Beau Johnson’s offerings made my spine tingle. I was torn among a dozen or so interesting choices.

My guest and I went for broke and ordered enough to feed Mao’s Red Army. The first plate to arrive was the light yet decadent smoked salmon crostini ($9), with whipped cream cheese, basil honey, and dill. The combination was balanced and ambrosial, though the bread could have used another minute on the barbie. The next two plates arrived together: an heirloom caprese salad ($8) and butterflied quail with two quail eggs ($10). The salad included juicy tomatoes, meringue-like fresh mozzarella, basic mixed greens, and a syrupy-tart balsamic glaze. The quail was fork-tender, and the two show-stopping fried quail eggs elevated the dish to a downright sexy level. Arriving last was the only near-miss of our dinner. The shishito peppers ($8) were oversaturated in soy, obscuring their delicate, slightly sweet flavor.

Breaking the rules of ordering tapas instead of a full entrée, my guest and I decided to split the sesame-crusted ahi tuna steak ($15). I’m glad we did. The fish was pan-seared to a perfect medium-rare and served with microgreens, horseradish, avocado crema (a Mexican cream sauce, usually a little thicker than cream alone), soy gelée, and a sort of radish tapenade. The balance of the delicate flavors of the tuna, sesame seeds, and light crema was masterful.

Our polite and efficient server sweet-talked us into the bread pudding ($6). The airy pudding soaked up its accompanying white chocolate sauce like a greedy sponge. Once we got more sauce, the dessert was on point.

We were so impressed that we came back for brunch the next day. The menu was just as appetizing. The chicken and waffles ($9) is a mini version of the soul food dish, served in three bite-sized portions. The tender, spicily battered chicken was brined to perfection, though the waffle was a little flat. Our favorite dish was the pork belly Benedict ($11), served with a rich, luxurious hollandaise and fois gras-like pieces of pork. The spinach and cheese omelet ($8) wasn’t as moving but still good.

Of all the restaurants that have opened in this city over the past couple of years, 24 Plates delivered the most complete experience and best first impression by far. Two tapas joints don’t make a trend, but maybe that adventurous, interesting menu and perfect execution will spark its own followers. One can hope.