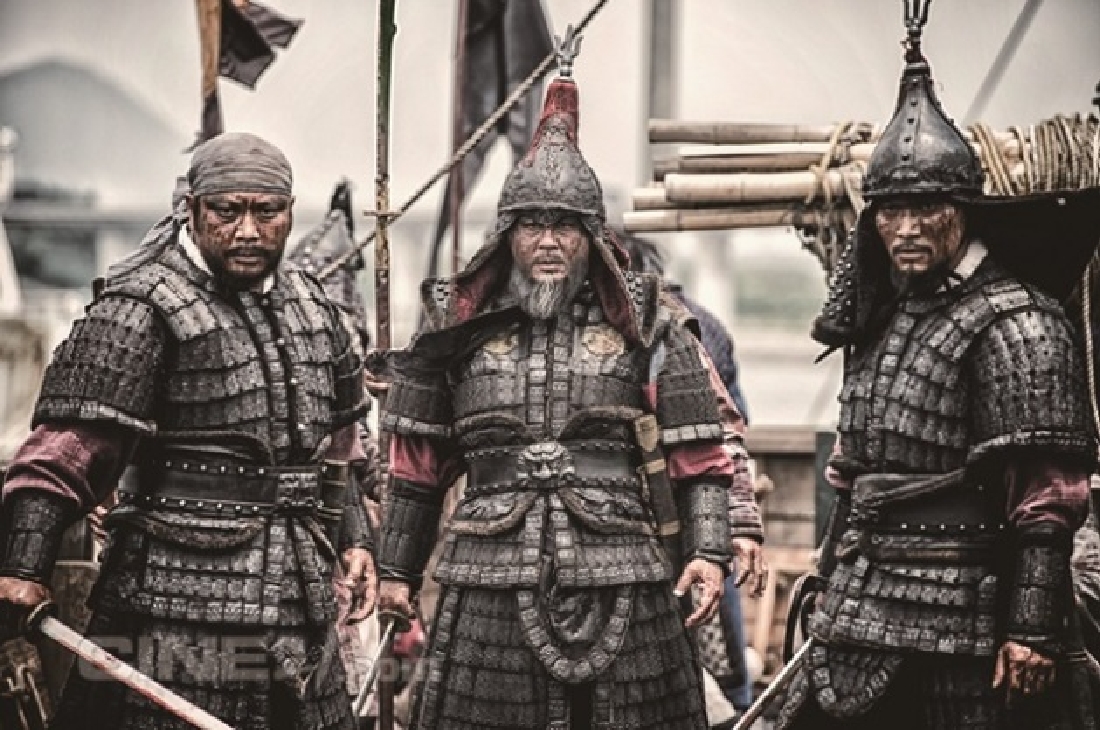 This past weekend, the movie known in this country as The Admiral: Roaring Currents became the biggest box-office hit in South Korean history, surpassing Avatar. It also opened here at AMC Grapevine Mills, where it played to packed theaters on more than one screen, an unprecedented feat for Korean movies at the multiplex. You can see why, too — this historical war movie fashions a famous naval battle into a taut, well-constructed thriller.

The movie is set in 1597, during the Japanese invasion of the kingdom of Joseon, on the present-day Korean peninsula. With Joseon’s navy decimated in a catastrophic battle, the king hastily pardons the falsely suspected traitor Admiral Yi Sun-shin (Choi Min-sik), releasing him from prison and ordering him to disband what’s left of the navy and fold the troops into the army. Instead, Yi vows to defend the capital with his 12 remaining ships against an invasion fleet of more than 300. He sets up in Myeongnyang Strait, where the shifting tides and fierce currents figure to negate the enemy’s superior numbers.

Clearly no expense has been spared in re-creating this glorious chapter of Korean history, with crowds of extras decked out in period costumes, paying special attention to the fearsome Japanese battle regalia. Yet there’s more to this movie than the décor. Director/co-writer Kim Han-min delivers on some epic combat sequences, including one in which Yi resorts to a desperation move when his flagship is surrounded by four Japanese ships. Kim also executes a bravura crane shot across the deck of the ship as its outnumbered sailors repel enemy boarders. There’s even a moving moment when the Korean civilians, observing the battle from shore, row out in rafts and fishing boats to rescue the flagship when it’s caught in a whirlpool.

Along with some Japan-bashing and naked patriotism (two not terribly attractive regular features of Korean movies), there’s also some rewarding stuff on how Yi deals with his demoralized troops, giving them heart by having the flagship break formation and engage the enemy on its own. The movie gives Yi a formidable nemesis in Kurushima (Ryu Seung-ryong), a bloodthirsty Japanese pirate who knows the strait’s waters and harbors a personal grudge against Yi. Fluent in Japanese like many other Korean actors, Ryu brings a Darth Vader-like bass voice and cold-blooded menace to the part.

He’s a great foil to Choi, the squat, powerfully built actor who brought a brooding, fiery presence to Oldboy and I Saw the Devil. (He’s also in the current Scarlett Johansson thriller Lucy, though he’s atypically mellow there.) The character of Yi isn’t the most consistent, but it gives Choi a chance to do all the things he does best, alternating between steely authority and Lear-like raving at the ghosts of fallen comrades, and wading through the thick of the fighting to dispatch Japanese sailors with sword, bow, and gun. If you walked out of last spring’s 300: Rise of an Empire unsatisfied, The Admiral: Roaring Currents is a much better movie about a naval triumph against impossible odds.