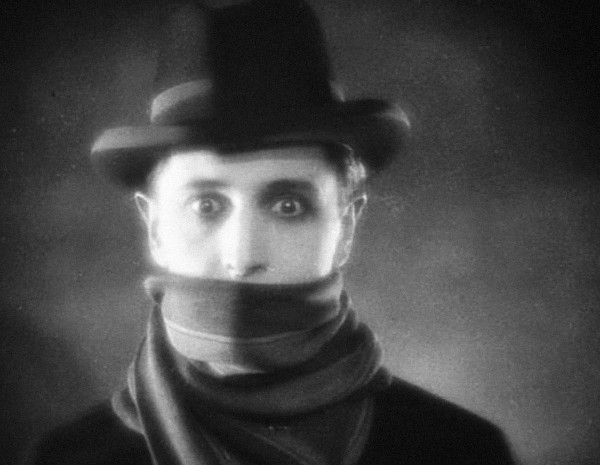 The Lodger is an atmospheric study in the psychology of media-stoked panic and suspicion: London newspapers blare headlines about a serial killer with a scarf-wrapped face who murders blonde women by foggy night. The title character, played by British musical theater star Ivor Novello, becomes the prime suspect for his mysterious nocturnal activities. Some interesting background on Novello: In addition to being a singer and stage composer of sharp wit a la his younger rival Noel Coward, Novello was an out gay man in the theater and film industry of his day –– a decided rarity in the late 1920s. The young Hitchcock was intrigued and impressed by the performer’s openness; rather than fearing it as a liability (remember, homosexuality was then a crime in England that ruined many careers), the actor’s orientation was, for Hitch, part of his allure. Novello was a character (played by Jeremy Northam) in 2001’s Gosford Park, Robert Altman’s fantastic study of crumbling post-WWI British aristocracy written by Downton Abbey’s Julian Fellowes.