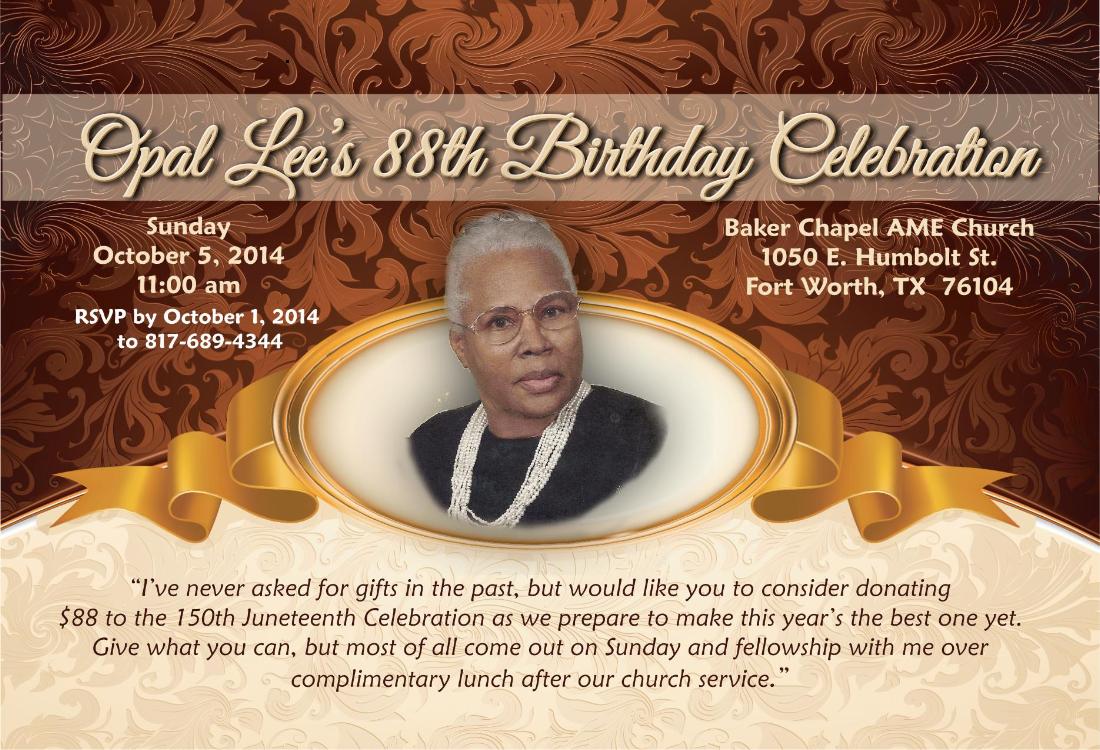 Opal Lee is about to celebrate her 88th birthday, and she’d like to see you at her party. If you go, bring a little money for the collection plate. Lee’s using her birthday as a means to fund an even bigger party.

“I’ve never asked for gifts before, but this coming year marks the 150th Anniversary for Juneteenth, and anyone who knows me at all knows how I feel about Juneteenth,” she said in an email. “So I’m asking all my family and friends to give a donation of $88 dollars to help us put on the best Juneteenth celebration yet. If you don’t have $88 then give what you can.”

Juneteenth commemorates the end of slavery in the United States.

The longtime Fort Worth resident has spent most of her 88 years as a gentle but fierce advocate for poor and needy families. She’s part grandma, part General Patton, constantly trying to connect people who have excess food to people who have little food. Along the way she’s had many highs, including founding the Metroplex Food Bank and, later, the Community Food Bank.

And she’s suffered lows, such as when Lee was forced to change the locks at the Metroplex Food Bank after firing the executive director amid allegations of questionable spending, poor health inspections, and bizarre behavior. And two fires.

No matter the setbacks, Lee puts on her padded shoes each day and trudges back for more.

She is inviting everyone to her birthday lunch at 11 a.m. Oct. 5 at Baker Chapel African Methodist Episcopal Church, 1050 E. Humboldt St. in Fort Worth.

Donations can also be made online.