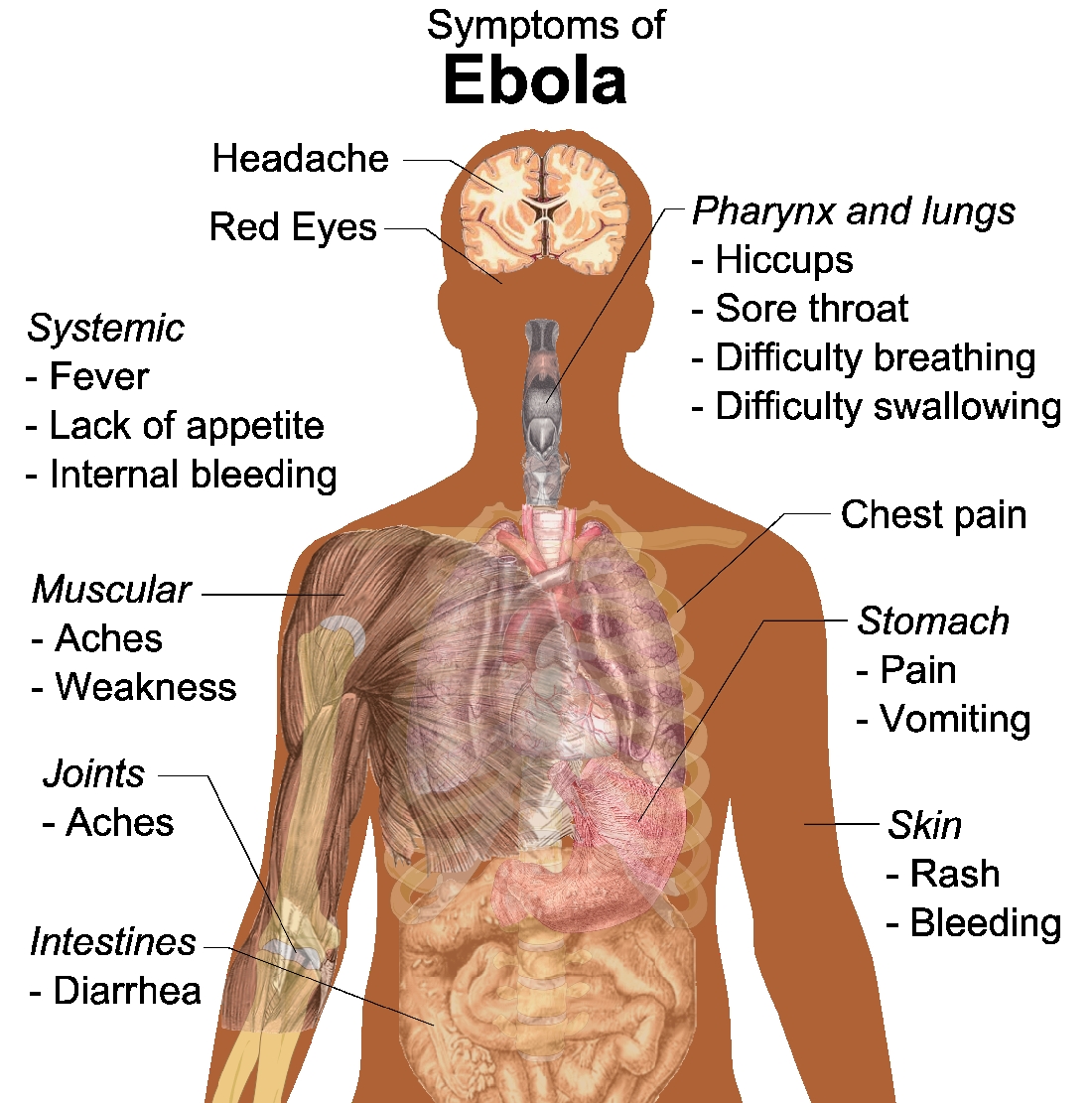 Here are two good things about the Ebola virus. It is unlikely to mutate into a version that can spread through the air, as some other viruses have done. And people who have been infected by Ebola cannot pass it on to others during the incubation period (between two and 21 days). Only when they develop detectable symptoms, notably fever, do they become infectious to others and only by the transfer of bodily fluids.

Here are three bad things about Ebola. The “bodily fluids” that can transmit it include even the tiniest droplet of sweat: Just the slightest touch can pass the virus on. The death rate for those who become infected is 70 percent. And the U.S. government’s Centers for Disease Control warned recently that we could have 1.4 million cases of Ebola by January.

A vaccine would slow down that exponential growth, and one is in the early stages of testing. Human volunteers are now being given the vaccine to check for side effects.

If no serious side effects are found, the vaccine will then be given to health workers in West Africa. A process that normally takes years is being compressed into months, and 10,000 doses of the vaccine are already being produced (for the health workers). But it will be the end of the year before we know if it actually gives a useful degree of protection.

If it does, then millions of doses would have to be produced and injected into the people of Liberia, Sierra Leone, and Guinea, where Ebola is already an epidemic — or tens of millions of doses, if the disease has spread by then to more populous countries like Ivory Coast, Ghana or, worst of all, Nigeria, which has 175 million people.

[pullquote_right]Aren’t the developed countries also at risk if the virus continues to spread? Well, no — or at least their governments didn’t think so until the last few weeks. [/pullquote_right]Until a vaccine becomes available in very large quantities, the only way to stop the exponential spread of Ebola in the affected countries is to isolate the victims, a very difficult task in mostly rural countries with minimal medical facilities. Liberia, with 4.2 million people, had only 51 doctors and 978 nurses and midwives at the start of the crisis, and some of those have died or fled.

You don’t need to find and isolate everybody who gets the disease to break the exponential growth pattern. Just isolating 75 percent of them as soon as they become infectious would drastically slow the spread. But at the moment, in the three most affected countries, only an estimated 18 percent of the victims are being taken to treatment centers.

This is why the most important intervention so far has been the dispatch of 3,000 U.S. troops to Liberia, with the primary job of creating 17 large tent hospitals and training 500 nurses to work in them. Britain is providing 200 new hospital beds in its former colony of Sierra Leone, with 500 more in the next few months. Cuba has sent 165 health workers, China has sent 60, and France has sent teams to help its former colony, Guinea.

But with the exception of the American aid to Liberia, it is all woefully inadequate. Nine months after the first case of Ebola was confirmed in Guinea, we are still playing catch-up. Why is that? Aren’t the developed countries also at risk if the virus continues to spread?

Well, no — or at least their governments didn’t think so until the last few weeks. Even without a vaccine, they are confident that their health services can find and isolate infected people quickly and prevent Ebola from becoming an epidemic in their countries. They are probably right. Probably.

As Professor Peter Piot, who first identified the Ebola virus in 1976, said in a recent interview with Der Spiegel, “I am more worried about the many people from India who work in trade or industry in West Africa. It would only take one of them to become infected, travel to India during the virus’ incubation period to visit relatives, and then, once he becomes sick, go to a public hospital. Doctors and nurses in India often don’t wear protective gloves. They would immediately become infected and spread the virus.”

Then you would have Ebola on the loose in a country of more than a billion people, millions of whom travel abroad each year. All hope of confining the disease largely to Africa and driving it back down to almost nothing, as was done in previous outbreaks, would be gone.