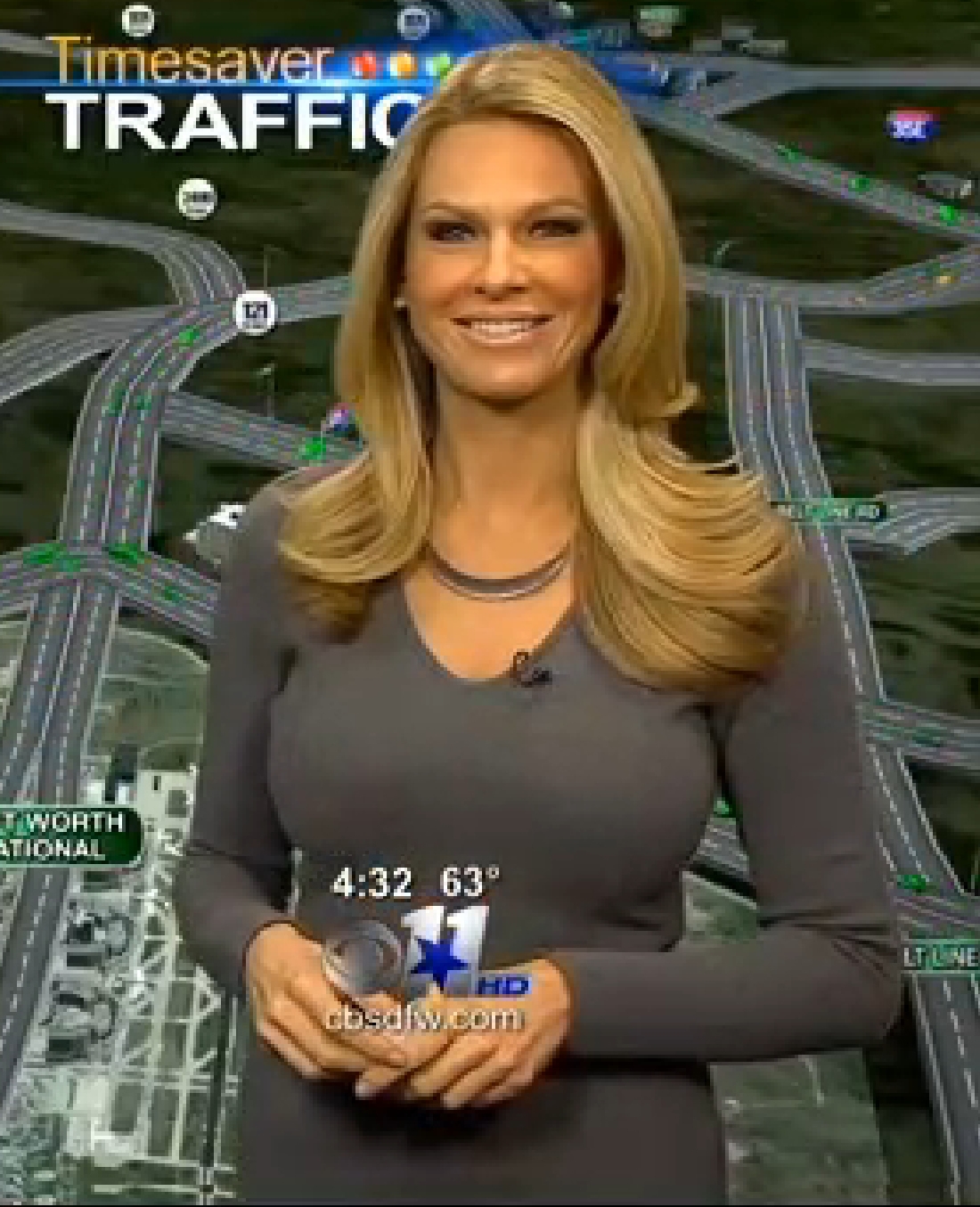 Static’s favorite local morning news show took another hit recently. CBS-11 This Morning typically lags behind Channels 4, 5, and 8 in the ratings, and the on-air personalities tend to come across like people with nothing to lose. Anchor Brendan Higgins was a lovable nutcase who could always be counted on to say something funny and/or weird. Co-anchor Adrienne Bankert played a good straightwoman, but could also throw down witty repartee. And traffic reporter Whitney Drolen was suitably droll during her “Rollin’ with Drolen” segments.

Drolen told unclebarky.com that she is resigning and looking forward to a new chapter in her life that “will be much more healthy for me emotionally, spiritually, physically, and mentally.” Damn, traffic reporting sounds tough.

A station spokesperson said Drolen was getting out of the TV business altogether. Her departure comes close on the heels of Higgins’ exit. The former anchor was on a trip to Aspen this summer when he engaged in drunken behavior in public and was arrested for disorderly conduct and resisting arrest. At one point, he pretended to pass out while being detained by police, but he didn’t fool anyone –– he couldn’t stop giggling as he lay on the ground.

CBS dropped Higgins faster than you can say your ABCs while standing on one leg and touching your nose. Higgins later entered into a deferred adjudication agreement with Aspen officials. Charges against him will be dropped if he goes six months without another incident. He issued a statement recently saying he and his family are “looking forward to moving on to bigger, brighter things.”

Jason Allen is replacing Higgins for the time being. The new guy is poised and professional –– the opposite of Higgins. But that’s no way to grab sleepy-eyed viewers. This Morning has lost the edgy spark that made it so much fun to watch.

In God We Tax

Tarrant County residents are getting tax bills this month, and some have been startled to see “In God We Trust” in huge letters at the bottom of their statements. And on the envelope flap. And on an enclosed pamphlet. Apparently the county really, really, trusts in God. Residents have complained about including religious statements on government documents, but county Tax Assessor-Collector Ron Wright isn’t budging.

“In God We Trust is the official motto of the United States of America,” Wright said. “There is nothing wrong with putting the motto of your country on a government document.”

His office has received 30 or more complaints, and “some are downright angry about it,” he said.

The motto doesn’t violate the constitutional principle of separation of church and state, Wright said. “Several of the people I’ve talked to clearly did not understand what the courts have said over the years.”

If it were up to him, the motto would appear on more government documents.

“It’s patriotic,” he said. “You don’t have to like it, but it’s still the motto of your country.”