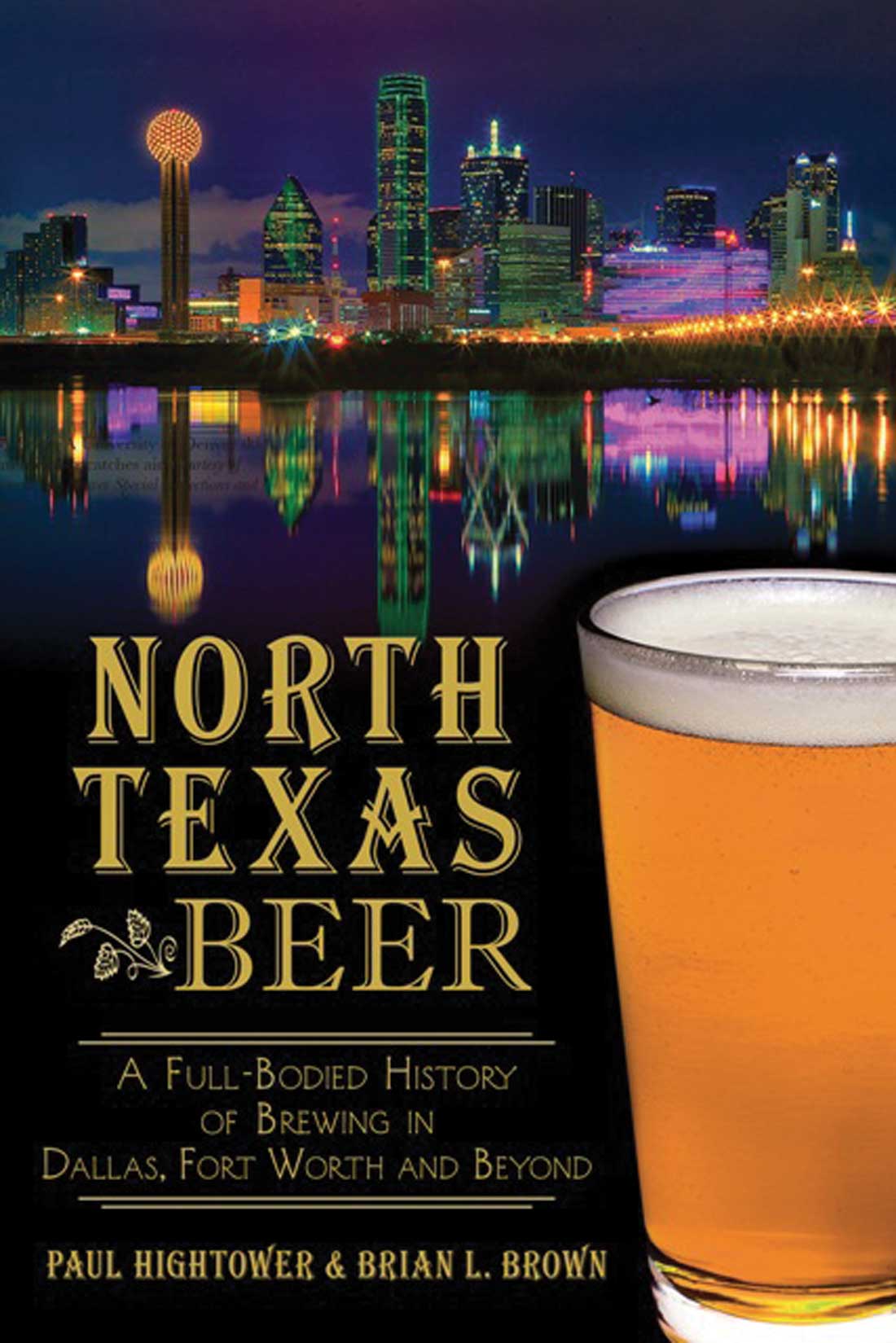 The release of North Texas Beer is timely. As co-authors Paul Hightower and Brian Brown state in their introduction, the beer industry has grown exponentially in North Texas over the past two years. Against the backdrop of this renaissance, the co-authors provide a rich historical primer on our region’s on-again/off-again love affair with malt beverages.

The story begins in 1839 as John Neely Bryan stakes his claim to property near the Trinity River. The seemingly insignificant event marks the beginnings of what would become Dallas. The city’s first brewer was a Frenchman and pioneer named Jean Monduel, whose run at beermaking lasted all of three years (1857-1860). Fort Worth would have to wait another decade for its beer history to begin, but it would be just as short-lived. The upheavals of the Civil War put an end to the city’s first brewery not long after it opened in 1863.

Texas is often called the “buckle” in the Bible Belt, and Christian sentiment shaped how beer was sold in the late 1800s and early 20th century. German-born Anton Wagenhauser, who opened his Wagenhauser Brewing Association in Dallas in 1885 (and pumped out 200 barrels per day), had a crafty response to the temperance movement, one that caught on across the region. The brewmaster started promoting beer’s health benefits. “Let everyone who wants to enjoy good health during this hot summer drink Wagenhauser beer” was just one of his advertising slogans.

But beermakers’ efforts eventually failed. The temperance movement culminated with the passage of the 18th Amendment in 1919. As dozens of breweries and hundreds of pubs closed across Dallas and Fort Worth, thousands of people lost their jobs. (Texans had to turn to moonshiners and bootleggers for adult beverages.) After the “Noble Experience,” as Prohibition was called, eventually proved to be a failure and was repealed in 1933, Fort Worth’s Superior Brewing Company emerged, the first post-Prohibition industrial-scale brewery in North Texas. The plant produced up to 2,400 cases of beer a day.

Then, as now, Texas is macrobrewery heavy. Anheuser-Busch and Miller Brewing Company ruled the local beer scene for decades, leveraging their market share and advertising resources to pack store shelves and effectively squeeze out foreign brands and microbrews. The first craft beer inroads were made in the early 1980s by a couple of amateurs. Donald and Mary Thompson’s small-batch brewery, Reinheitsgebot, rekindled old German recipes, and production topped out at 600 barrels a year before the brewery closed in 1990. At the time, Mary said Texans just weren’t ready for craft beer.

Acknowledging the recent explosion of craft beer pubs and breweries in North Texas, the final chapters highlight events that led to the cracks in the macrobrew wall. It all started in 1993 with the legalization of brewpubs in Texas, which gave craft beer-makers a reliable outlet from which to grow customer bases. Establishments like the Flying Saucer in Fort Worth and The Ginger Man in Dallas began sprouting up, introducing customers to brands that had been largely unavailable until then.

The final chapter, “Modern Craft Brewing,” begins in 2004 when Frederick “Fritz” Rahr opened Rahr & Sons Brewing Company just south of downtown Fort Worth. The last three years alone have seen the opening of dozens of breweries in North Texas, including Deep Ellum Brewing, Peticolas Brewing Company, Revolver Brewing, and Martin House Brewing Company. Each brewery is beautifully described with recent photos of grinning brewmasters and fun tidbits. Who would have known that Denton-based Armadillo Ale Works brews out of Dallas (until this past election, Denton was dry) or that National Hockey League hall of famer Mike Modano is a major investor in Rabbit Hole Brewing Company.

As a resource for beer enthusiasts, North Texas Beer provides a thorough history that’s rich with stories and photographs. For readers who wish to dig a little deeper, Hightower and Brown provide ample references and citations. Beer in North Texas is a story of people who brewed and drank it, both artfully reflected within these pages.

Fort Worth freelance writer Edward Brown can be reached at ejb0017@yahoo.com.