The Big Bird Goes to: Non-Voters

This year’s dedication of the Big Bird, our sweepstakes Turkey, will be short and sour. It goes to the 83 percent of registered voters in Texas who stayed home on Nov. 4. Any organization — whether it’s the Democratic Party or the Republicans,  a church, a bunch of mega-corporations or the Mafia — that gathers too much power soon gets up to no good. At a time when this state is playing a major role in pollution and energy controversies that could affect the whole world via climate change, allowing so much power to concentrate in one party severely reduces the public debate on those and many other issues. And that’s what those who stayed home in November helped make happen.

Fifty Shades of Pissed Off

A massively popular erotic novel that included scenes of bondage, mental manipulation, and angst led an Arlington woman to accuse her business partner of doling out some of the same. Arlington resident Jenny Pedroza and Amanda Hayward became partners in 2010 even though they lived 10,000 miles apart — Hayward lives in Australia. They co-founded The Writer’s Coffee Shop, a small e-publishing company that unleashed E.L. James’ Fifty Shades of Grey onto the public, prompting housewives everywhere to lean against washing machines while absorbing the exploits of young Ana Steele and Christian Grey, a rich playboy with an affinity for nubile ladies, ropes, and spankings. The demand for the “mommy porn” novel became so intense that the small-time publishers couldn’t handle all the orders. They sold the publishing rights to Random House, and the book series went on to sell 100 million copies and inspire a movie that will be released next year. Pedroza said Hayward asked her to sign a contract that would incorporate their business, allegedly to simplify the process of paying taxes and collecting payments for publishing sales. Pedroza didn’t consult an attorney. She considered Hayward a trusted friend. Now she considers her a liar and a fraud. Hayward ended up with the whole turkey, leaving Pedroza nothing but giblets. Pedroza filed a lawsuit in Tarrant County in May saying she’d been cheated out of hundreds of thousands, if not millions, of dollars in the deal. 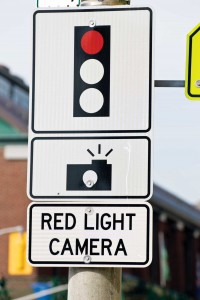 The Mournful Howl of Lost Silence

Few things are more annoying than being awakened by a barking dog –– except being awakened by a dozen barking dogs. Jamie and Stephanie Connelly live in a modest frame home surrounded by beautiful shade trees and a surprising abundance of privacy and solitude, considering their home sits not far from the intersection of I-30 and East Loop 820. They love their property’s rustic charm and enjoy sleeping with their windows open on pleasant evenings. Or, they did. Just over the couple’s backyard fence is Family PetCare, a veterinarian clinic that coexisted peacefully with its neighbors until 2012, when owners added outdoor kennels. Suddenly, the sound of barking began at first light and continued throughout the morning. The Connellys complained, and the clinic owners added sound barriers to a fence, but the auditory intrusion persisted. The Connellys complained to the city’s code compliance office last year after discovering Family PetCare wasn’t zoned for outdoor kennels. The clinic owners applied for a zoning change, the Zoning Commission recommended approval, and the Fort Worth City Council approved it earlier this year, offering little sympathy, assistance, or encouragement to the embattled couple.

Tenderize These Birds with a Gavel

The horror stories told by local residents who have been unwillingly sucked into guardianship cases in the county’s two probate courts are harrowing. Numerous court cases have come to light that depict two powerful judges, Pat Ferchill and Steve King, as being complicit in a system that strips citizens of their independence while draining their bank accounts through a seemingly never-ending array of court-appointed attorneys, guardians, and bankers. All earn fees, taken from the bank accounts of defendants. Both judges say they are protecting elderly and incapacitated residents from exploitation. A growing number of activists accuse the judges of being the primary exploiters. Fort Worth Weekly has investigated these courtroom tactics since 2008. National news media have begun to examine the phenomenon in their own counties, and a troubling trend of judicial abuse is being revealed from coast to coast.

The city of Fort Worth refers to its automated ticket system as a “Red Light Safety Camera Program,” which sounds better than a “Red Light Revenue Collection Program.” Most cities, including Fort Worth, contract out the operation of these systems, allowing private firms to issue citations to motorists based only on photographic evidence. People who wish to contest the tickets discover it’s not an easy chore. Some cities, including Dallas and Lubbock, have been caught shortening the duration of their yellow lights, meaning that more motorists will run red lights and have to pay fines –– a de facto tax system. The cameras also encourage unsafe driving –– nervous motorists often slam on their brakes at the moment the light turns yellow or punch their gas pedals and try to zoom through the intersection. In recent years, more and more cities have ended their programs, citing uncertainty about whether the cameras increase safety and concerns about whether they are even legal. Fort Worth should join the revolution.

There’s Nothing Worse Than Dry Turkey

… unless maybe it’s a beloved lake that’s all dried up. Residents of Dalworthington Gardens watched in horror as Pappy Elkins Lake shrank during a historic drought — records show that XTO Energy overused the lake for fracking water, a charge the company denies. If the energy company did take more water than allowed by state permit, they did it with the help of the town’s mayor, city council, and other officials. Back when he was making a pitch to allow the drilling, Mayor Michael Tedder told residents the lake was off-limits to drillers. Then he wrote a letter giving drillers permission to take water from the lake, even before the council had approved that action — and without the approval of the state agency that controls such water removals.

DWG-ites were also shocked to learn that XTO has repeatedly violated the city’s drilling ordinance — they’d not heard a word about that from the city. The person hired to inspect the site didn’t even know there was any drilling going on after four years. Lakeside residents said they could see clouds of emissions blowing right toward a nearby elementary school. And if all that weren’t enough, the Texas Commission on Environmental Quality discovered the pad site was built on top of an earthen dam –– a violation of state law.

The little town is still divided over the issue, and many have completely lost trust in their city’s government.

Gagging on the Aggies

Imagine some wealthy guy has married into your family, and now he’s taken the family crest down from its place above the mantel and won’t acknowledge you on the street. That’s kind of how the alumni of the Texas Wesleyan School of Law felt when Texas A&M University purchased their alma mater. Wesleyan grads assumed that A&M would reissue their diplomas as a matter of due course, but the Aggies refused. Many Wesleyan alumni feel they have lost all connection to a program they helped build –– one that was accredited in part because of their accomplishments.

It looks like the law school was sacrificed to pay for improvements of Wesleyan’s main campus in southeast Fort Worth. “Wesleyan” was dropped from the school’s name, and online records of the Texas Wesleyan School of Law have practically been scrubbed from existence. But that hasn’t stopped the new Aggie administrators from touting the achievements of the Wesleyan grads, while referring to them as A&M alumni.

For refusing to acknowledge their step-siblings’ place in the family, A&M officials get a raw turkey — and, if it’s a just world, the kind of indigestion that they have caused in others.

The Perks of Pedigrees

Thanksgiving is all about family and making sure your relatives have jobs at places that are a clear conflict of interest to your elected or appointed position. Wait — we’re thinking of Fort Worth’s rampant year-round nepotism, not Thanksgiving. When it comes to getting a high-paying cushy job in this town, seems that the best way to get ahead is to be related to some alleged public servant.

Mayor Betsy Price was all over television shilling for the Ed Bass-led effort to get taxpayers to pay for his pet project, an absurdly high-priced arena. It would have been Fort Worth knowing (to borrow from those commercials) that her son-in-law works for Ed Bass’ real estate company and sits on the board of the Fort Worth Stock Show and Rodeo.

When former Fort Worth schools Superintendent Walter Dansby stepped down from that post in June, he took a flamethrower to that bridge when he told the Fort Worth Star-Telegram that some school board members had a problem with him because he refused to give raises to their relatives. He said he had to get rid of 19 people “closely tied” to board members over the years, though he wouldn’t name anyone specifically.

Come to think of it, maybe local officials who find taxpayer-funded jobs for their relatives shouldn’t be allowed at the table this year. They’ve already had more than their fair share of the feast. 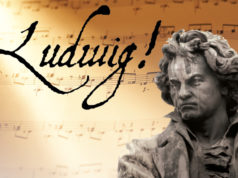