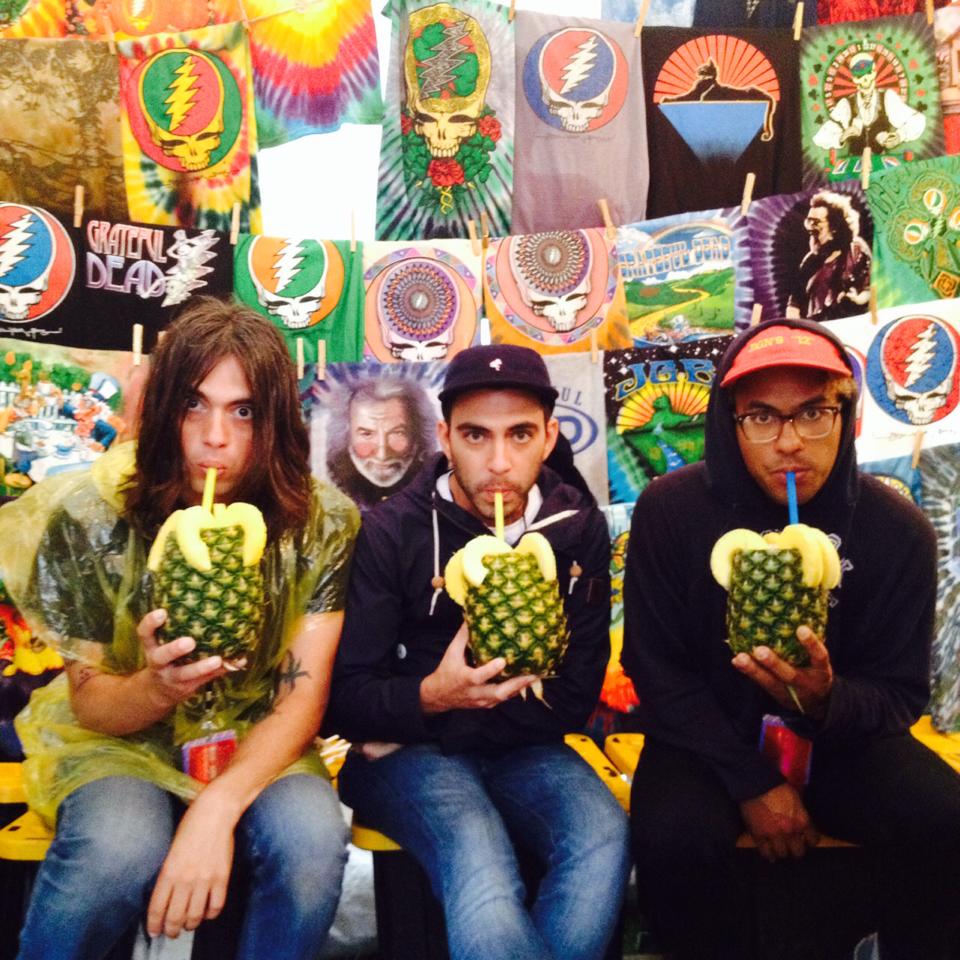 1.) On the plus side, there’s Jacuzzi Boys. The ’60s-disco trio from Miami can be all over the map stylistically but never in a self-indulgent way –– a firm commitment to groove and, perhaps more importantly, melody always shines through the jangly guitars and snappy beats (and the tambourines). You’ve got to wonder what was floating around the Pitchfork offices when a critic dismissed the band’s last album, 2013’s Jacuzzi Boys, as a collection of songs that are “well-recorded, well-constructed, [and] boring.” The platter is loaded with energy, locomotive force, color, mystery, and, most significantly, subtle yet strong melody.

2.) To help raise awareness of domestic abuse, Un Chien has created a narrative video for “A Heavy Hand,” one of my favorite songs off the Fort Worth psych-pop-rockers’ superb 2013 self-titled debut album. Featuring more than 40 actors and extras and filmed in October at Fort Worth’s Academy of Fine Arts and The Where House, the video will be released tomorrow night (Friday) at the band’s show at The Live Oak Music Hall & Lounge (1311 Lipscomb St., Near Southside, 817-926-0986) with The Cush, Exit 380, and Darrin Kobetich.

Admission is $5-7. Proceeds will go toward Hope’s Door, a domestic violence shelter in Plano.

3.) I grew up in a neighborhood jam-packed with immigrants from Italy, Ireland, and Poland and their children and grandchildren in Pittsburgh in the 1980s, and every single one of us kids listened to rock ’n’ roll and, during high school, rock ’n’ roll and rap. That’s it. I don’t think I ever heard a traditionally country-Western song until I got to college, and then it was only briefly, only on weekends at The Waverly Station (later known as The Copper Penny, a.k.a. “The Copper Snapper”), one of only three bars in my entire podunk-college town near Erie, P.A. I had completely forgotten about C&W and C&W-ish music until I started my second post-collegiate job in the mid ’90s, at a municipal weekly in the eastern ’burbs of the ’burgh. All of my coworkers appeared relatively normal –– no one spoke with a twang; none of them lived on or grew up on a farm –– but when the booze began to flow at our at-least-monthly house parties, some of the musically inclined would bust out their guitars and start playing stuff like John Prine and Emmylou Harris and Lyle Lovett. And while my coworkers were all strangers to one another before working at Gateway Publications Group, they all knew the same foreign-to-me C&W and C&W-ish songs. Where had these people come from? They all were around my age, and they all grew up in the same city as I did –– how had they become so versed in this genre of music which was completely alien to me and my childhood friends? If there was a C&W radio station in Pittsburgh, it definitely didn’t begin broadcasting until the 1980s, certainly long after my coworkers’ parents had settled into mid-life, and I know for a fact that CMT did not come around until the mid-1980s. Could I simply have been living in one huge bubble?

The mystery still baffles me, but I owe my old pals for turning me onto some of my all-time favorite pieces of music, including Joshua Judges Ruth, Closing Time, and Hal Ketchum’s “Small Town Saturday Night.”

Ketchum, who’s still battling multiple sclerosis, only recently returned to writing, recording, and performing. His most recent album, I’m the Troubadour, came out a couple of months ago.

4.) Props to Churchwood for its uniqueness. The Austin band pumps out loud, gut-bucket, “Oh, lawdy, lawd”/“Oh, baby, baby” electro blues but without the “Oh, lawdy, lawd”/“Oh, baby, baby” lyrics. Instead, frontman and English professor Joe Doerr often opts for interpretations of heroic verse, stuff like “Henry lived in penury / Addicted to discussions of the fall / A sage and a pelagian / He refused the postlapsarian gestalt” and “Sing like a serpent in the venomous night / Sing for Llorona / She’s the woman in white / Get your grito thrumming like a thaumatrope’s wire / A fission in the vision set the demon on fire.” Y’know, pretentious bullshit –– except, the music’s righteous, and, well, if you’ve heard one “Oh, lawdy, lawd”/“Oh, baby, baby” blues-rock song, haven’t you heard them all? Different is good, especially in this case.