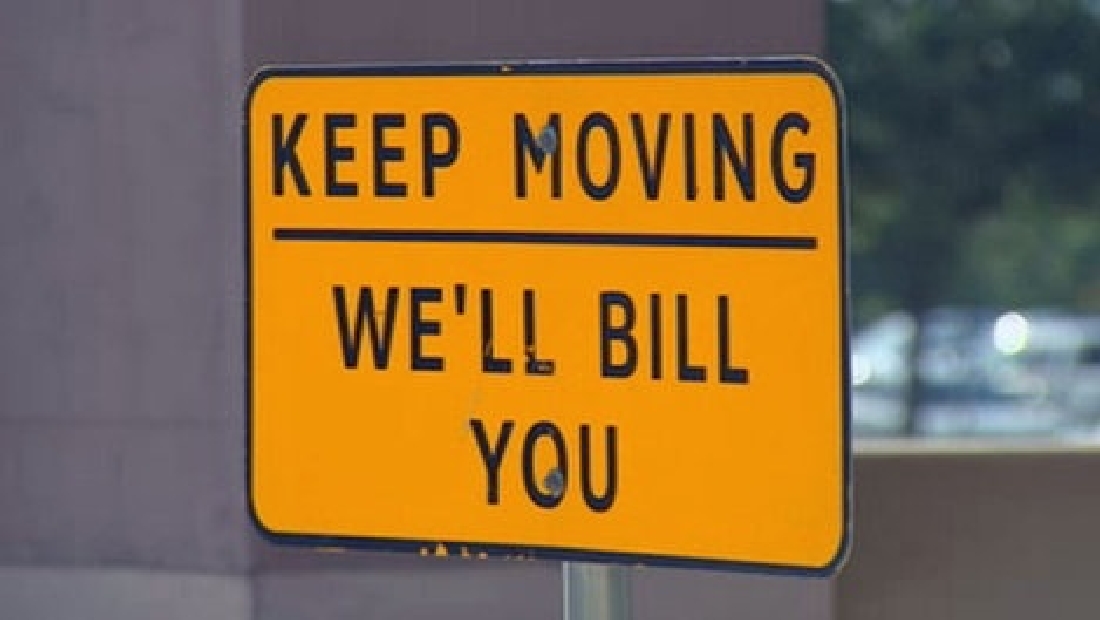 Motorists driving along NE Loop 820 have plenty to think about, what with all the construction, barricades, heavy equipment, temporary entrances and exits, and enough signage to block out the sun. Now they’re faced with sudden forks in the road and poorly marked tollway ramps. In a matter of two or three seconds while traveling at speeds of 60-plus mph, motorists must decide whether to veer one way or the other. Several people, including a newsroom staffer, have complained to Static recently about suddenly finding themselves on a toll road against their will and then receiving a bill for the experience from the North Texas Tollway Authority. One hapless fellow got on the TEXpress Lane that veers left off I-35N. After he realized his mistake, he left the tollway, crossed over 820, did a U-turn — and mistakenly got back on the tollway going in the opposite direction.

So what do you do when you get tricked onto a toll road and then billed for your trouble? Well, you pick up the phone and call the NTTA at 817-731-6882. Thanks to an invention called computers, the good folks there can easily look up whether you’ve been on that road before. If it’s your first time and you got on by mistake, the bill can be adjusted.

“That first time, people may accidentally get on it, but if they don’t contact me, I don’t know,” said Dia Kuykendall, spokeswoman for LBJ TEXpress Lanes. “We will look at it and evaluate it. I want people to be happy with the roadways.”

More Than One Skin Saved

Gov. Rick Perry got off by the skin of his teeth last week when the U.S. Court of Appeals for the Fifth Circuit stayed the execution of Scott Panetti, 56, on Dec. 3, less than four hours before Panetti was to be put to death.

Panetti has admitted to killing his in-laws in front of his wife and child in 1992, but his lawyers have argued that his history of having been hospitalized 15 times for schizophrenia and other mental illnesses over the span of 30 years prior to the murders left him unable to comprehend what he did and why he did it.

Perry was facing a lot of opposition to the execution, not only from the usual anti-death penalty crowd but from conservatives as well. Several nationally known conservatives, including former U.S. Rep. Ron Paul of Texas, former Virginia Atty. Gen. Ken Cuccinelli, and even evangelical mogul Pat Robertson had called on Perry to commute Panetti’s sentence to life in prison because of the man’s mental health issues.

On Dec. 1 the Texas Board of Pardons and Paroles voted not to recommend the commutation, despite those concerns.

In their ruling, the Fifth Circuit justices noted that they were staying the execution “to allow us to fully consider the late-arriving and complex legal questions at issue in this matter.”

Perry, no doubt wringing his hands over the problem of trying to decide which part of his constituency to piss off, has not commented on the stay.