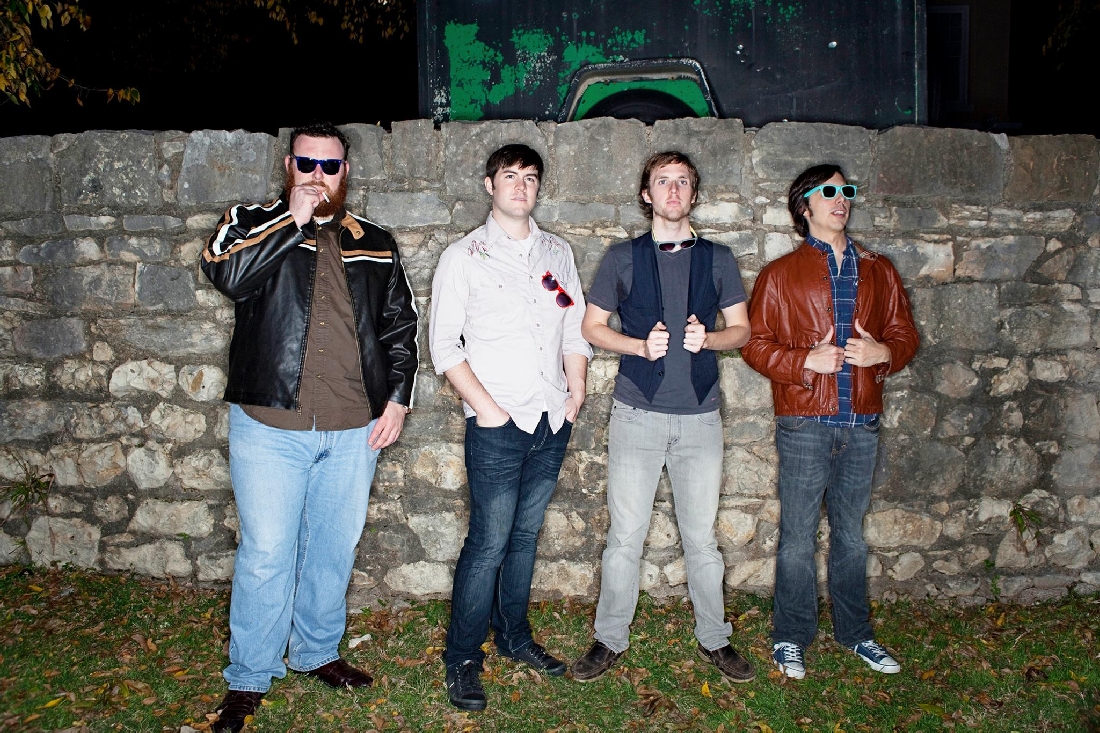 Now that the year is coming to a close, let’s look back at some of the great songs that came to us from the 817 or thereabouts. In celebration of 2014, below are my favorite 14 local tunes of the year. I’ll share my 14 fave albums/EPs next week. Enjoy.

1.) JJ & The Rogues co-songwriters Jameson Cockerell and Joshua Townley took 20 years to make their second album, and when they did, they gave us a skillfully crafted pianistic indie-rock gem about the Revolutionary War. Or something. And then they up and fell off the face of the Earth. Again. Oh, well. I’m just glad they finished the thing. My favorite local song of ’14, “Mrs. Lyndonne,” a mix of midcareer Elvis Costello and The Beatles at their most pompous, is snappy, soft, and swaying with an epic, hyper-melodic chorus, full of delicious backing oohs and aahs. I just hope the band’s disappearance means more material is en route.

2.) Groovy, funky, squishy, melancholy, and lyrically piercing, Son of Stan’s “Loseyomind” barely beat out the four other tracks off mastermind Jordan Richardson’s simply awesome recently released sophomore recording, the EP Georgia. Frankly, any of them would have worked, but “Loseyomind” gets extra points for having been given the video treatment –– and brilliantly.

4.) Somewhat quietly, The Orbans recently put out one of the best indie-rock albums, overall, of the past decade. Of all the songs off Vedere, “Backlit Eye” is probably the catchiest, which is really saying something, because co-songwriters Peter Black and Kenny Hollingsworth know their way around big hooks. During the chorus, as the snare cracks steadily, Hollingsworth’s guitar and Black’s silky voice ride the intensely undulating melody: “Go / With that feel / Don’t le-ee-et the soul / Get you down / Get it out!” The Orbans are still the best at what they do. Period.

5.) One of JJ’s Rogues, Nolan Robertson, who was also the creative force behind the cruelly underrated flower-power throwback band The Hendersons, has a new project. And like The Hendersons, Silver Siblings are all about trippy-dippy vibes. Along with co-songwriter Brandon Reynolds, Robertson conjures up something that, no doubt, would have been a huge radio hit in Don Draper’s universe. “Super Heavy Gravity” is a corny, lighter-than-air love song driven by high, crisp, downy vocals a la “There’s a Kind of Hush,” “Feelin’ Groovy,” and “Happy Together” –– except that it was written, performed, and recorded a couple of months ago.

6.) Let me put it this way. I’ve been studying and playing (murdering?) music for nearly 30 years, and when I heard Mammal Virus’ “Wedding Day,” I thought it was so familiar it had to be a cover. Well, it’s not. It’s just a fantastic, loud, angry slow burn. Wow.

7.) Finally, some Z/28 rock. Based on a post-show observation from a “fan,” The Me-Thinks’ “Loud and Sucky” is just plain fun. The chorus is “Brown bottles clank! / No drink goes un-drank! / Whiskey, wine, and beer! / Pass those three! / Over here!” The long-player on which the song appears, the EP Three Chili Dog Night, is just as propulsive and loud. And definitely not “sucky.”

8.) More Z/28 rock, this time from guys who are young enough to be The Me-Thinks’ kids. One of a handful of truly melodic head-bangers off The Phuss’ kickass new album, On the Prowl, “Golden Overdrive” gets my head all squirrelly with visions of Paul McCartney fronting Motörhead. The tune is that crazy good and that unique.

9.) Bitch Bricks’ “Stop Smiling in My Direction,” off their debut album, the ’60s garage rock-inspired The I’s of Man, is simple and powerful, just a skipping snare and a few jangly, echoing chords bathing in the blood-red glow of frontwoman Schuyler Stapleton’s alternately harrowing and enticing masculine voice.

10.) “Fight or Flight,” off Gollay’s wondrous debut album, Built for Love, is pretty but not twee and sonically referential but still singular. Frontwoman Rachel Gollay’s sturdy voice stretches like white light across glass walls of sound as high as they are long. Highly recommended for fans of Eisley and New Order.

11.) Don’t park the Z/28 just yet. There’s still the title song to desert rockers Duell’s stunning debut album. “Back to Drunk” is as raucous and driving as anything Queens of the Stone Age have ever done.

12.) Dark, brooding, and baroque, “Bummer Condo,” off Bummer Vacation’s sumptuous self-titled debut album, funnels the detached, stereotypically British cool of The Cure and The Smiths through an edgy punk filter. The rage is in frontman Paul Hernandez’ ragged, gritty voice, the alt-Brit-pop in the shimmering guitars and supremely tight musicianship.

14.) Graham Parsons on acid. That’s “Paranoid,” the new track from Natural Anthem, a.k.a. Jake Murphy and Daniel Slatton, a.k.a. The Will Callers.