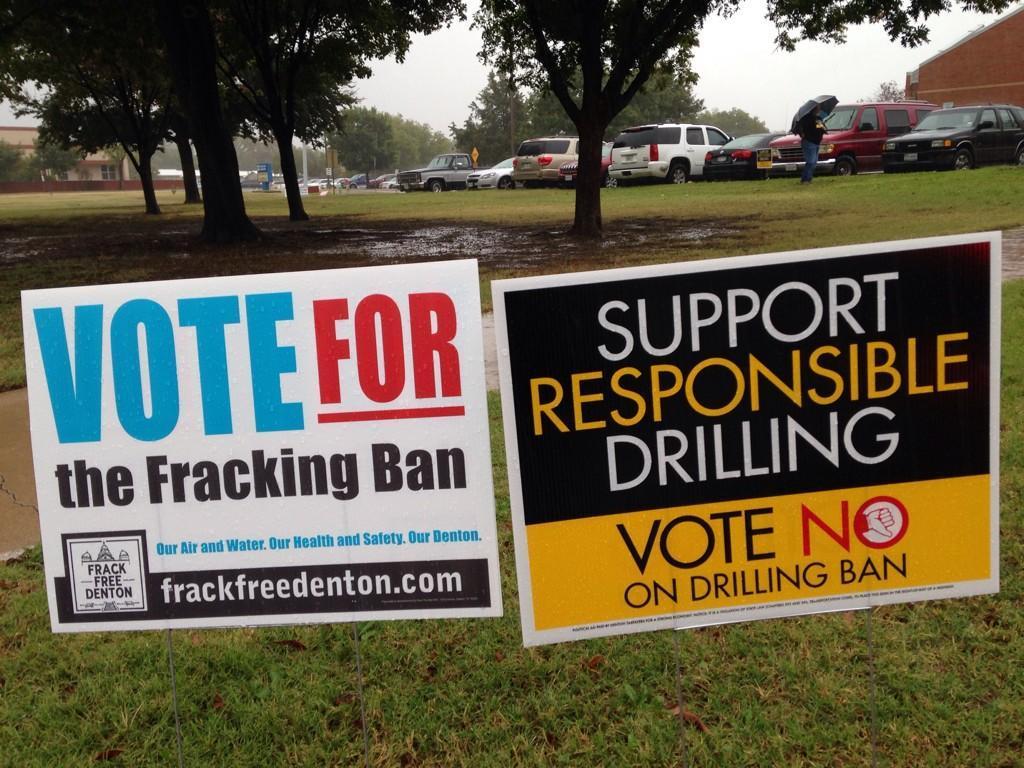 Static was pretty impressed when Denton decided to ban hydraulic gas fracking within its city limits in early November. Naturally, the gas industry is all verklempt and fighting the ban.

Two lawsuits have been filed thus far, one by the Texas Oil and Gas Association and the other by Texas Land Commissioner Jerry Patterson. Both suits argue that mineral rights owners will be denied the value of those rights by the fracking ban. Patterson also plans to argue that the state’s power to control oil and gas production supersedes the right of Denton to control what goes on within the city limits.

What’s really going on is that if Denton is allowed to make this rule, then other cities might follow suit — and wouldn’t that be a multibillion-dollar tar sands tangle for the shale drilling industry? (And in fact, other cities are making moves in that direction.)

The Texas Railroad Commission, which oversees oil and gas production, has said it will grant drilling permits in Denton despite the ban — a stance that will also probably wind up in court because the commission has nothing to do with allowing or not allowing fracking. It just grants permits for drilling. (Denton’s ban only covers fracking.)

Texans frequently feel a draft when standing next to RRC officials, however. It’s not like the agency has our backs. In 2013 two inspectors, Fred Wright and Morris Kocurek, both highly praised within the commission, were fired. Why? Because they apparently took their jobs seriously and told drillers to get in line. The Center for Public Integrity and InsideClimate News joined forces to investigate the firings and found that both Kocurek and Wright had insisted that wells that leaked into groundwater supplies be fixed and that nonfunctioning wells be properly plugged.

According to those news organizations, Wright was often instructed by his superiors to say, in his reports, that drillers had complied with rules when they hadn’t. In a letter to the U.S. Department of Labor, Wright’s attorney said the inspector was “threatened, intimidated, and coerced” into letting operators get away with noncompliance.

Earlier this month, a group called Physicians, Scientists and Engineers for Healthy Energy released a working paper that just happened to reach the hands of Sharon Wilson, Texas representative for Earthworks! Oil and Gas Accountability Project and the drillers’ least favorite blogger. The report, evaluating 400 peer-reviewed papers on gas drilling and health issues, found that almost all — 95 to 96 percent — of the papers concluded that there were indeed health risks and “adverse health outcomes” from drilling and/or elevated concentrations of air pollutants near wells. Of papers that looked at water issues, 72 percent found water-well contamination near drilling operations.

Ha. Perhaps breathing too much methane turns one into a pessimist. Static fears that there’s better than a 51 percent chance that the lobby-rich drilling industry will find some judges to agree with them, and it will be dirty bidness as usual here on the shale.