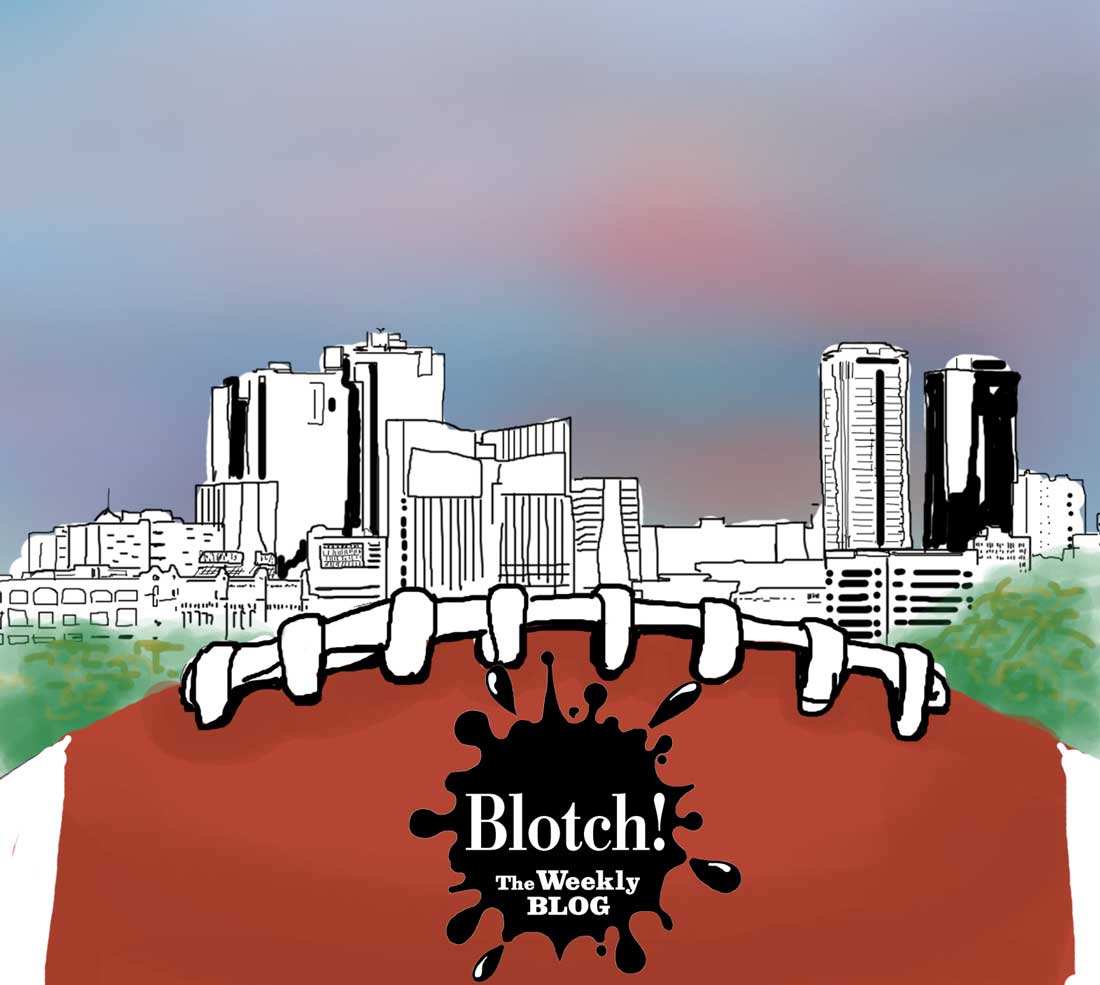 Seeing all of the hype surrounding the college football playoff championship game is a bitter pill to swallow for most Texas Christian University students. Count the 20-year-old junior, Ashley Trahan, among them. She was milling around Sundance Square wearing a TCU hoodie looking despondent, occasionally kicking a rock and staring off into the middle distance –– OK, she was walking around taking pictures of the TV sets and seemed generally cheery. But she was still pretty pissed that her beloved Horned Frogs were excluded from the playoff party.

“It’s not fair,” she said. “TCU went from being the fourth-ranked team to the sixth ranked team and it’s all a conspiracy. What’s the point even having rankings if you’re just going to put everything in the hands of a few biased dumbasses?”

Trahan, a Stephenville native, feels like there is a biased against teams from the Big 12 Athletic Conference, though she could not remember the name of the conference or any team in the Big 12 outside of TCU, Baylor, and the University of Texas.

She believes that TCU’s spanking of Ol’ Miss in the Chick-Fil-A Peach Bowl (42-3) is proof that TCU was one of the top four teams in the country –– though she couldn’t remember that Ol’ Miss was the team TCU beat.

“We kicked their ass,” she said. “That was a good, nationally ranked team. We made them look stupid, and we made that committee look stupid.”

“This should all be purple right now,” she said. “TCU should be enjoying a home-field advantage at Jerry World. This should have been our time in the national spotlight, in our hometown.”

Trahan said she was only sticking around to get a glimpse of former Heisman winner turned ESPN analyst Tim Tebow, and to show support for Fort Worth.

“I’m not supporting the game itself, but I just wanted to see what all of the fuss was about before the weekend got here and this place was flooded with people.”

She wouldn’t let a reporter take her picture because she wasn’t wearing makeup, and when her phone rang this interview was over.