Just like last year, I’m putting this list out at an opportune time. My top documentary of the year (and one of my best movies of the year) is currently playing in Dallas, and, as I mentioned on our Night & Day page, it will be showing at the Modern Art Museum of Fort Worth starting tomorrow. As in previous years, Fort Worth Weekly hasn’t reviewed many of these, so the hyperlinks on the films’ titles go to their websites rather than to our reviews. However, where the Weekly has written about the movies on this list, I’ve also provided links directing you to those articles. And if you’re wondering where Tim’s Vermeer is in my reckoning when other film critics named it among the best documentaries of this year, DFW Film Critics pronounced it as a 2013 film, so it went into my list of last year’s best documentaries.

1. National Gallery
I already discussed this one when I included it in my list of the year’s best films. By giving you insights that no ordinary visit to an art museum would yield, Frederick Wiseman’s work is as culturally nourishing as any afternoon spent in one of our great halls of culture. 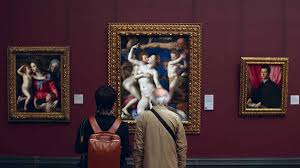 2. Jodorowsky’s Dune
It takes immense personality to dominate a documentary that includes Orson Welles, Salvador Dalí, and Pink Floyd, but the Chilean filmmaker Alejandro Jodorowsky pulls off the trick easily in Frank Pavich’s account of his doomed early 1970s attempt to film Frank Herbert’s science-fiction novel Dune. The movie and interview subjects like Nicolas Winding Refn and the late H.R. Giger make a compelling case that this is the most influential movie that was never made, affecting the future films of George Lucas and Steven Spielberg. Maybe the most rewarding thing is the undimmed zest for life and creation shown by the 85-year-old Jodorowsky, whose broken English can’t hide his good cheer and lust for life and creative work. 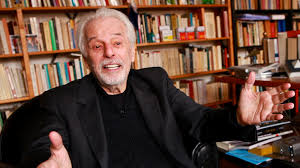 3. Life Itself
Pardon me for including a documentary about a man in my line of work, but Steve James’ adaptation of Roger Ebert’s memoir is worth seeing. The late Ebert licensed James to make this movie while the film critic was still alive, and we get everything here: his rise through the ranks of old Chicago’s newspaper scribes, his fraught TV partnership with Gene Siskel, his struggles with alcoholism and his weight, his love for his wife Chaz and her kids, his sponsorship of budding filmmakers (like Ava DuVernay, an interview subject whose Selma is out this week), and the work he did to promote the art of cinema and help his fellow man understand it. Jan Sibelius once said that no one ever put up a statue of a critic. Ebert got his statue earlier this year, but I’m sure he’d prefer having a movie as good as this stand as his monument. 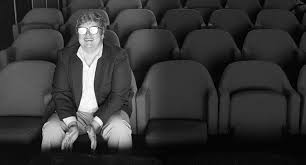 4. Happy Valley
Watching this movie about the Penn State sex abuse scandal, I got the same feeling of sick fascination that I got three years ago when I followed the then-breaking news. Director Amir Bar-Lev previously made My Kid Could Paint That and The Tillman Story, and here he gives a balanced look at the damage wrought on the storied university not just by one child molester, but by the football worship that runs rampant on many campuses and (in this instance) allowed a monster to keep victimizing children. The NCAA levied massive penalties on the school to make sure a scandal like this didn’t happen anywhere else. It probably will. 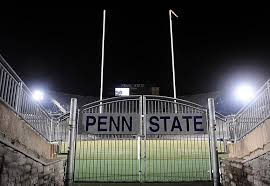 5. The Great Invisible
In the wake of the Deepwater Horizon oil spill, the CEO of BP was overheard saying, “I’d like my life back.” Well, so would the people in the Gulf of Mexico who are the subjects of Margaret Brown’s documentary. Her interviews provide a blow-by-blow account of this environmental disaster from the people who were on the scene, but they also chart the economic repercussions suffered by the people on shore whose livelihoods were affected. BP didn’t just screw over the wildlife when the oil started gushing. They cut their own employees loose, and their concern for the Gulf’s inhabitants ended as soon as they wrote a check. This movie will enrage you. 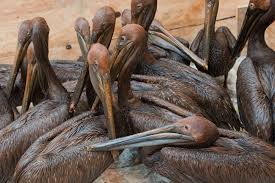 6. Citizenfour
Pretty much everyone who has seen this movie has described it as a spy thriller unfolding in real time. I hate to be late to the party, but yeah, that’s pretty much what it is. Laura Poitras was one of Edward Snowden’s first contacts, and she interviewed Snowden extensively before, during, and after the massive information leaks that revealed the U.S. government’s spying on ordinary American citizens as well as leaders of our foreign allies. Whatever you think of Snowden’s deeds (and I think he’s the king of all white hats), being inside the fishbowl — or, more accurately, his hotel room in Hong Kong — with the young software contractor who knows exactly what kind of firestorm he’s unleashing is a fascinating experience. 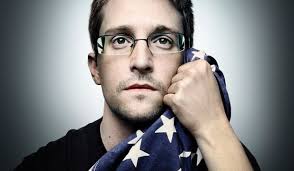 7. Finding Vivian Maier
I reviewed this movie back in April, and don’t have much to add to it now. Joe Maloof stumbles across a series of mid-20th-century photographs and discovers the enigmatic artist (and full-time nanny in the Chicago area) who produced them. 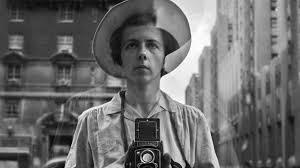 8. The Overnighters
At first this looks like a classic anti-fracking documentary, but then Jesse Moss’ film settles on Jay Reinke, a North Dakota Lutheran pastor who moves heaven and earth to minister to the desperate men who have come to the small town of Williston to work the gas shale. Many of them have drugs or crime in their past, and there aren’t enough jobs to go around, so Reinke shelters them in his church, which raises the neighbors’ ire. Moss withholds a key piece of information about Reinke — or Reinke withholds it about himself — until near the end of this movie, and you may think that doing so is cheap. I think it makes you re-think everything you’ve seen and helps this chronicle of hardscrabble life leave such an indelible impression. 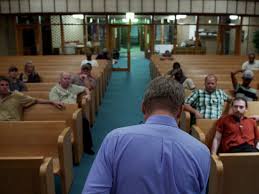 9. Particle Fever
Do advanced physics make your eyes glaze over? Never fear, because Mark Levinson’s documentary uses neat graphics and engaging interviews to make the subject easily digestible as he covers the scientists working on the Large Hadron Collider in Switzerland smashing particles together to discover the origins of the universe. This movie allows you to be present for one of the great scientific discoveries of our time. That discovery could have taken place in Waxahachie, by the way. I wish we didn’t elect so many legislators who hate science. 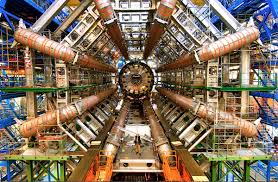 10. 20,000 Days on Earth
Well, you just figured that Nick Cave wouldn’t go for the usual music documentary that combines concert footage with talking-heads interviews. Instead, the Australian music legend’s experiments with new sounds come mixed with ruminations about his past, a session with a real-life psychologist, staged conversations with collaborators like Warren Ellis and Ray Winstone, and Cave’s own steely prose detailing the stress that his art places on his marriage to Susie Bick. Iain Forsyth and Jane Pollard are the exceptionally skilled directors who pull all this together into a convincing whole, and yet this feels like it sprung directly from Cave’s mind. 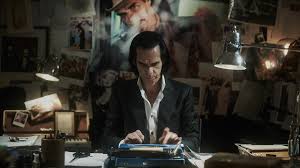