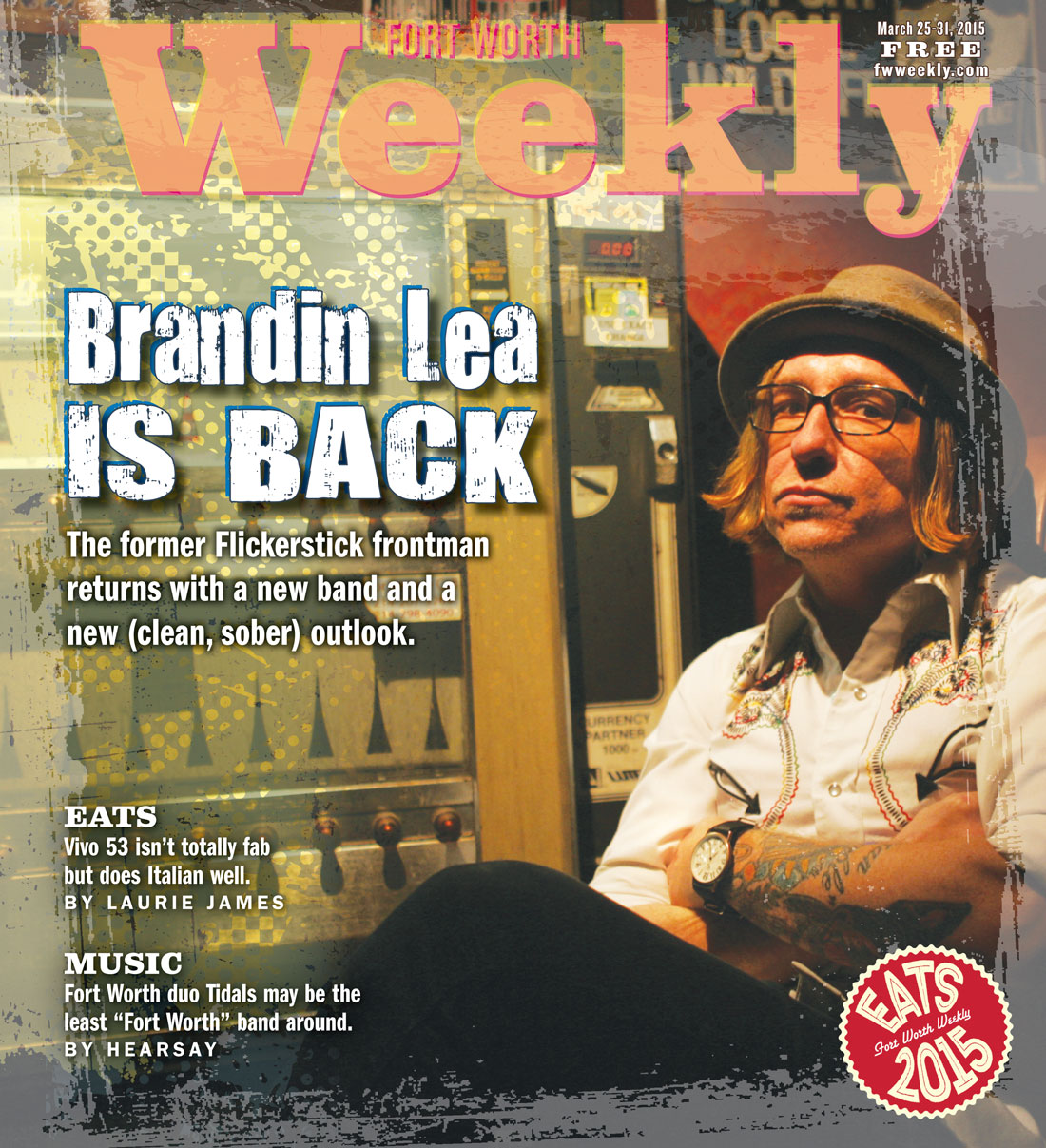 Not so fun fact: When you’re an alcoholic at age 37, killing yourself slowly by downing pint after pint of Taaka, you’d think the final bullet would be liver failure.

When Brandin Lea finally awoke in the ICU at John Peter Smith Hospital in the fall of 2013, the doctors told him it was a kind of high blood pressure.

“Basically,” Lea said over coffee recently, “they said that full-blown alkies die at my age because they pass out and have heart attacks in their sleep.”

Lea said the doctor looked at him and said, “That’s why you’re here, sir.”

Lea, former frontman for and a founding member of the almost-made-it-huge alt-rock ’90s band Flickerstick, was on his third ER trip in under a year, all three for alcohol poisoning. Rock bottom came at the end of a seven-year tailspin, a descent into the bottle that began long before the band with which he made his name skidded to a halt. But now, with a new band, a new album, and a new lease on life, his crash has shown him there’s much more to life than romanticized self-destruction. A lot more.

Along with younger brother Fletcher, Lea grew up in southwest Fort Worth, the son of famed dance instructor Bruce Lea, known for being Debbie Reynolds’ dance partner during her Las Vegas heyday (“because she was so short, and my dad is five-foot-three,” Lea said). The family lived in Vegas for a time but returned when Lea was 4. His parents went to TCU and met at The Hop (now The Aardvark) when they were 18. Fort Worth was home.

Though his parents divorced while he was still pretty young, he grew up learning their moves. At 13, Lea took up the drums, the instrument that made the most sense for a tap dancer and the son of a famous tap dancer. At 16, he started playing guitar and writing songs. Two years later, he and Fletcher were playing The Hop –– until Fletcher got them kicked out for smuggling in 40s of Olde English 800 malt liquor.

Lea enrolled in the history program at UNT in the early 1990s but halfway through realized he couldn’t shake music. Starting a band took precedence over book reports and pop quizzes. Along with Lea on lead vocals and rhythm guitar and Fletcher on bass, Flickerstick included Denton guitarists Corey Kreig and Rex Ewing and drummer Dominic Weir. In return for keeping Lea off the graduation stage, the band put him on multiple stages in front of hundreds of North Texas fans.

And into the living rooms of untold millions.