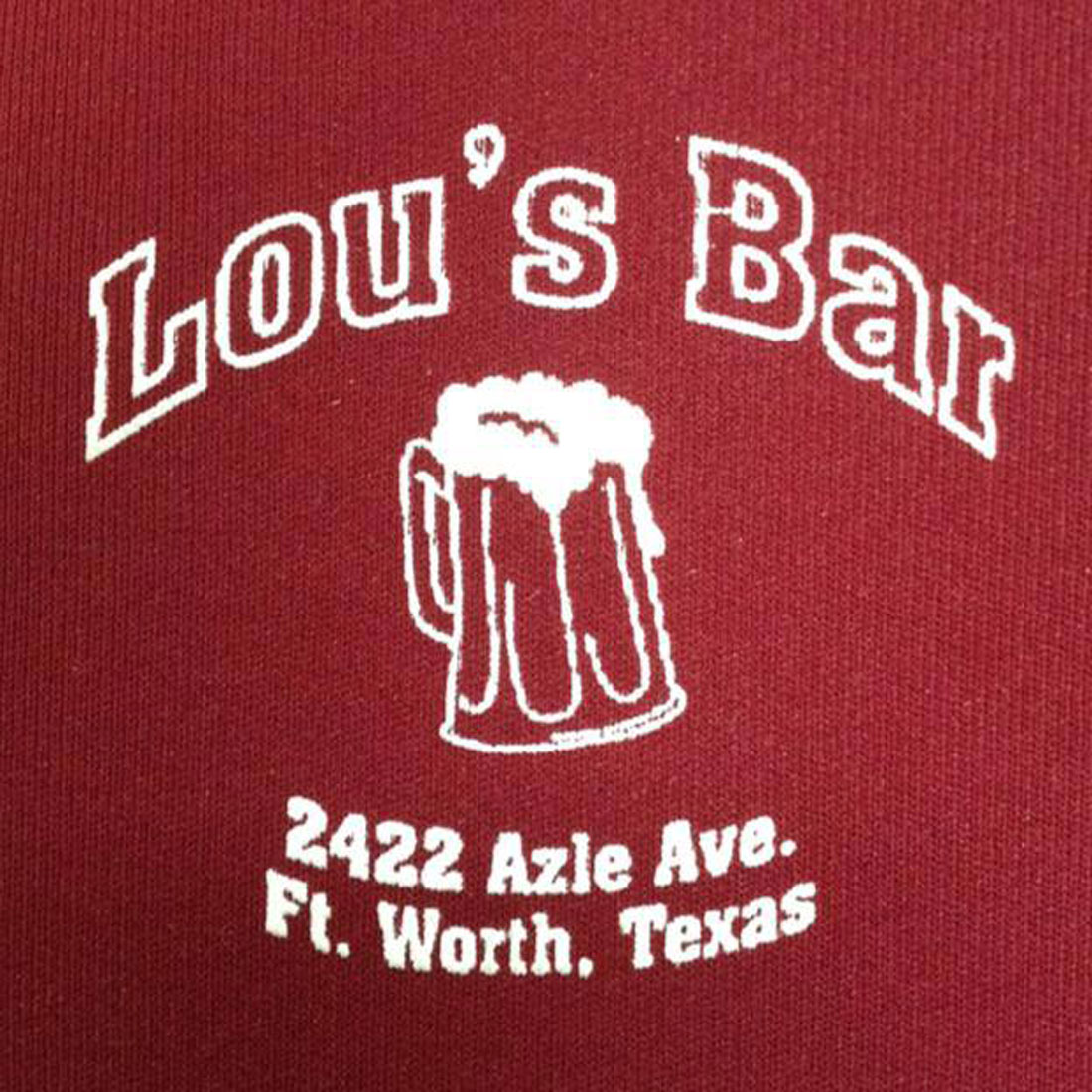 Seeing that it’s April 1, I started to write this week’s piece as an April Fool’s column. My lede was going to be an announcement that after years of pouring drinks and nitpicking the city’s watering holes, I was finally making the jump into the bar biz by opening my own place called The Pyrite Lounge. There’d be April Wine albums on the walls, and the jukebox would play classics like “What a Fool Believes,” “Foolin’,” and “Fool for the City” at least once an hour. About halfway through, though, I realized the jokes were getting increasingly dumb and the potential for confusing people increasingly mighty. I abandoned it before I found myself sending it in. Luckily, I went to this place the other morning (!) called Lou’s Bar, where I drank eye-opening beers next to a vagrant who claimed to be Manny Pacquiao. I think that’s arguably a much better story.

I was looking for this place called the Rodeo Tavern that is allegedly on Azle Avenue. This was my second attempt at finding the Rodeo. If you hadn’t guessed, I get lost easily, and I’m pretty bad at looking for things. I am, however, above-average in stumbling onto them, and if you exit 820 West at Azle Ave and head east through Sansom Park and on to the North Side, there are plenty of interesting distractions. One of them was a small concrete building painted red with a front door flung wide open, “Lou’s Bar” emblazoned on the street-facing outer wall.

Like the Stockyards Tavern farther east down the street, Lou’s Bar is a dive that opens at 7 a.m., making a great place for a cheap beer if you get off work at daybreak or have a drinking problem. It’s also a great place to practice your Spanish. What’s the distinction between a gringo and a gabacho? Depending on your fluency, I bet Lou’s daytime regulars can easily tell you. In any case, I was the only güero in the room, even though the bartender was blonde and gray-eyed. A charming woman in her 50s, Brenda spoke Spanish or at least enough to crack wise with the guys with the faded gang tattoos drinking Natty Lights and loading the internet juke with Tejano music.

Lou’s Bar is pretty tiny, though it’s big enough to hold a single pool table that’s about a cue’s length from the walls and the bar. The bar counter, topped in laminate and roughly the shape of the top quarter of an octagon, was notable in two ways.  First, above its west end, where it abuts the wall, hangs a fairly new (and, as near as I could tell, fully functioning) payphone — not the kind that sits on a steel post incubating various diseases behind a Valero but a smaller, sleeker, more compact version. It was like encountering one of those redesigned 8-bit NES consoles that came out right before 16-bit Super Nintendos. Or the last species in an evolutionary line destined for extinction.

The other interesting thing attached to the bar was a shit-housed chatterbox who first told me his name was Lefty and then told me a story about sleeping in an abandoned house (the cops told him to walk on), another about sleeping in a park (the cops told him to walk on), and a third about smoking joints behind some trees. Upon discovering I was unmarried without kids, he blathered on about how great being single is, trying to involve Brenda in the conversation by asking, repeatedly, “Isn’t that right, chula?” Judging by her stoic reaction, I gathered this was probably something she hears several hundred times per shift.

“There’s a big fight coming up,” he said, jerking his thumb over his shoulder. “Me and my old enemy.”

When a guy who squats in abandoned houses mentions an old enemy, I’m all ears. But rather than some aggro beat cop, or a different bum, or, I dunno, Lo Pan,  the drunk formerly known as Lefty went off about Floyd Mayweather Jr., miming jabs and blocks. He put out his hand.

Brenda barely rolled her eyes but smiled at me as I got up to leave. I told her I’d be back and wished “Manny” good luck with his upcoming bout on my way out the door. –– Steve Steward