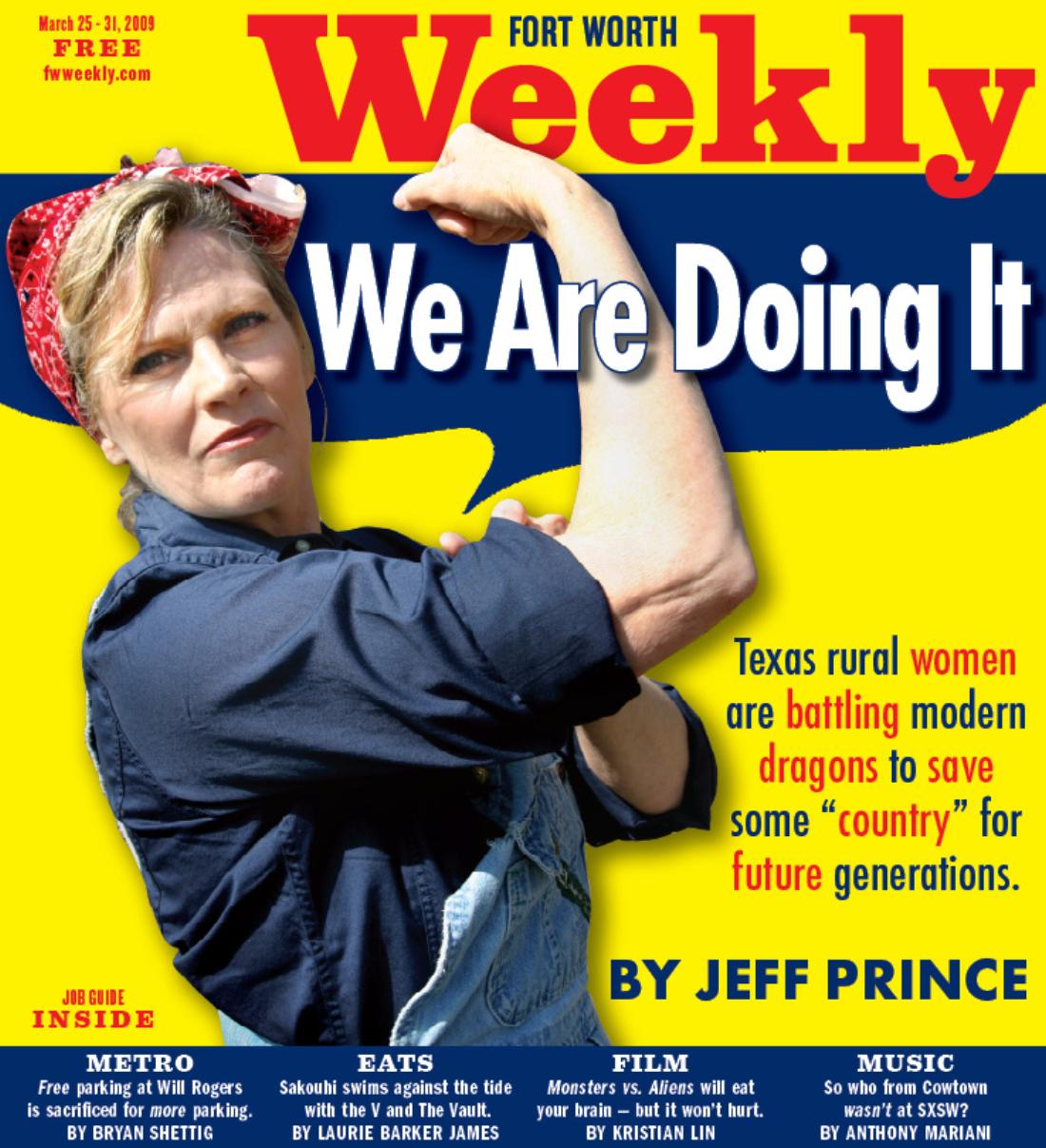 A single mom living in the country outside of Fort Worth got bullied by gas drillers years ago and made it her mission to fight against Big Oil’s intrusion into people’s lives. A decade later, Sharon Wilson is still leading the charge, taking on drillers, lawmakers, and inattentive (to the point of being complicit) regulators.

Many regular folks find themselves thrust into the role of activist simply by being overrun by industrial Goliaths and choosing to pull out a slingshot rather than running, hiding, or doing nothing.

Wilson’s blog posts at Bluedaze cover everything from the recent well mishap in Arlington to the legislative bills seeking to strip municipalities of home rule to the latest example of how the Texas Commission on Environmental Quality practices lackadaisical policing. Yes, her blog posts lack balance. She’s more activist writer than a reporter. Then again, most everything out of the mouths of drillers, regulators, and the lawmakers who carry their buckets is biased as well.

The Fort Worth Weekly has recognized the efforts of many local residents who stand up to industrial intrusions into their home lives. Wilson is among the hardest working of all, still speaking up with passion for the many thousands of people who’ve had their lives turned upside down by drillers.