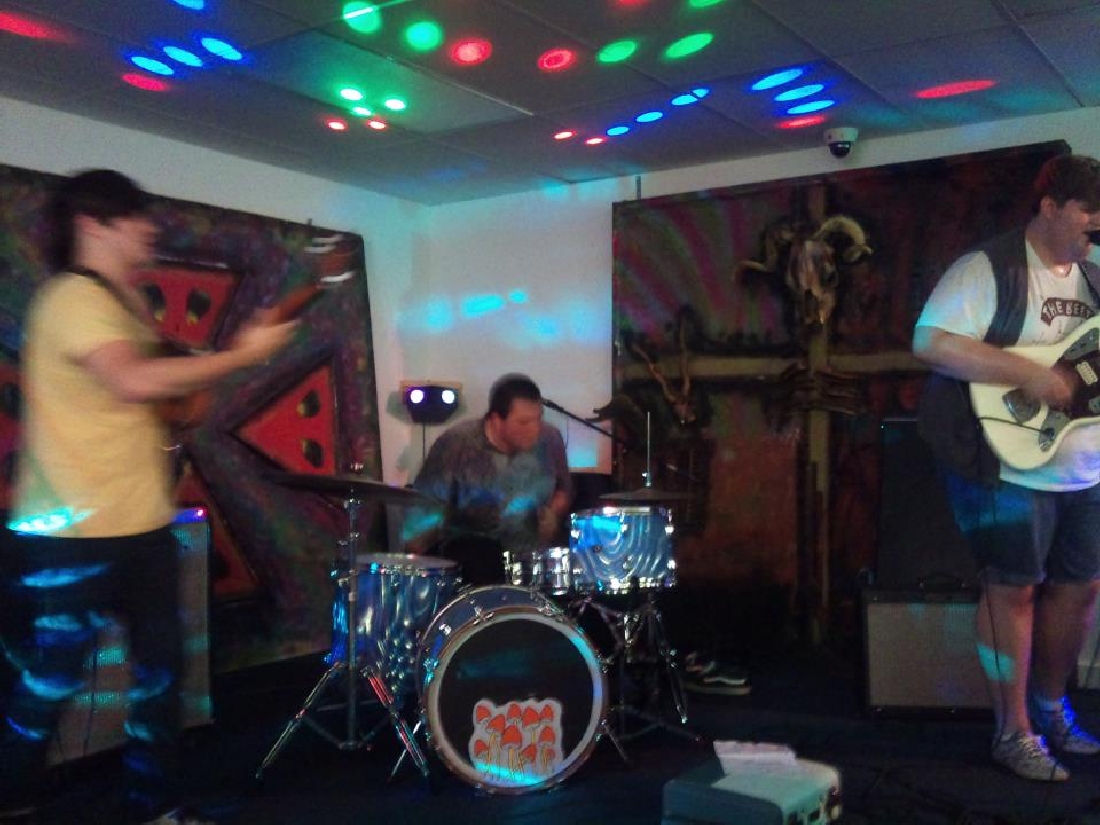 1) It’s a good week for big shows in small rooms. Besides the free shows at Republic Street on Friday and the Chat Room show on Saturday (more on those below), The Boiled Owl has a kickass lineup. Austin’s Leopold and his Fiction and the Fairmount neighborhood’s Doom Ghost are both on tap for tonight, in addition to the craft beers you peruse when the PBR keg pops. Here’s a question: Is there another neighborhood in town where young rock bands come from? I’m genuinely curious. Maybe there’s some really happening in the Westcliffe or Handley scenes that nobody knows about! In any case, the one at the Owl should be heavy on mustaches, because frontman Daniel Leopold’s mustache is worth, like, 10 regular mustaches. His band rocks pretty hard, too, and when was the last time you saw Doom Ghost? Cover is $5, but you’re payin’ the bands, man. Full disclosure: I work at the Owl, but this is a gig you’d want to hear about.

2) Does this clip kind of remind you of those old Maxell ads with the guy in the chair literally getting his hair blown back by sound?

To be honest, the bands playing at Republic Street on Friday (Barron Brothers, Black Market Garden, Troody) appear to be pretty new, but haven’t you already seen every band in town a bunch of times already? Plus, it’s a free show, so there’s that. From the sound of the above teaser trailer for Black Market Garden’s upcoming release, the quartet sounds like guitar-heavy indie rock, though its Facebook space also lists hip-hop as a sonic signifier (and “college rock,” a term that sounds nearly as antiquated as “motor car,” “constabulary,” and “programming your VCR to record the NBA finals”). Barron Brothers kick the night off at 8pm with their book notes blues-influenced Americana, Black Market Garden is at 9pm, and keys-forward indie pop band Troody closes out the lineup at 10pm.

3) It’s not fair to assume that every band that plays the Double-Wide has elements that fit the club’s trailer trash aesthetic; Friday night’s bill, headlined by Dallas’ R!U!O!K! is heavy on electronic music, though this video for the band will likely confuse you:

Sure, it’s not impossible to imagine that kind of music coming out of some mobile home park in Azle or wherever, but it’s the kind of thing people who only like music made with guitars and drums from 20-plus years ago might deem too hipsterish — or Dallas-y, if one is still carrying the Fort Worth rules/Dallas drools chip on one’s shoulder. But if you’re over that shit, this is a pretty great bill (besides R!U!O!K!!, there’s synth-based Zelfel, and Krude, described as jazz noise fusion with trance effects).

4) One time, after watching Cleburne’s Fungi Girls play at the Where House, my friend leaned over to me and said “Wow! Can you imagine how good they’ll be when they’re older?” This was a few years ago, maybe when the band was fresh out of high school. “I can’t, actually,” I said. “They’re already pretty much the best band around here.” So there you have it: It’s three or four years later, and if you want to know what the best band in Fort Worth is, it’s still the Fungi Girls. They’re kicking off a six-week tour with Argentina’s Los Cripis at the Chat Room on Saturday night; Son of Stan and FOGG (whose debut LP, Hight Testament comes out on vinyl from Under the Gun/Tee Pee Records June 23) are also on the bill, starting with FOGG at 9pm. Cover’s $5, and the Chat is small, so get there early. Prep yourself with Fungi Girls playing at Three Links a month ago:

5) Seems like everyone’s favorite band has a song about beer. This band does:

But that band is special because they are a legendary Dallas rock band called the Loco Gringos. If you want to know more about them, you should find someone who was there, buy him or her a drink and listen with rapt attention to tales of hay, fire, beer, rock ‘n’ roll, and corndogs. Lots and lots of corndogs. Or you can read Jeff Liles’ oral history, and this one is good, too. While reading about the band is great, you can see the remaining members (original frontman Tom “Pepe Lopez” Foote died of an overdose in 1990) rock on Sunday, headlining Gringopalooza II at the Gas Monkey Grill. The show starts at 4 pm, with Houston’s Poor Dumb Bastards, and Haltom City’s The Me-Thinks, who owes much of their existence, sound ( the band’s “Burnout Timeline” contains a touching tribute to Pepe) to the Gringos go on at 5pm. Other bands follow, (San Francisco’s the Grannies, Houston’s The Beaumont’s, Austin’s The Hickoids), and while no party will ever match a night at the Gringo Manor, Gringopalooza II will be wilder than just about anything else at the Gas Monkey. Maybe they’ll even serve Shaeffer!