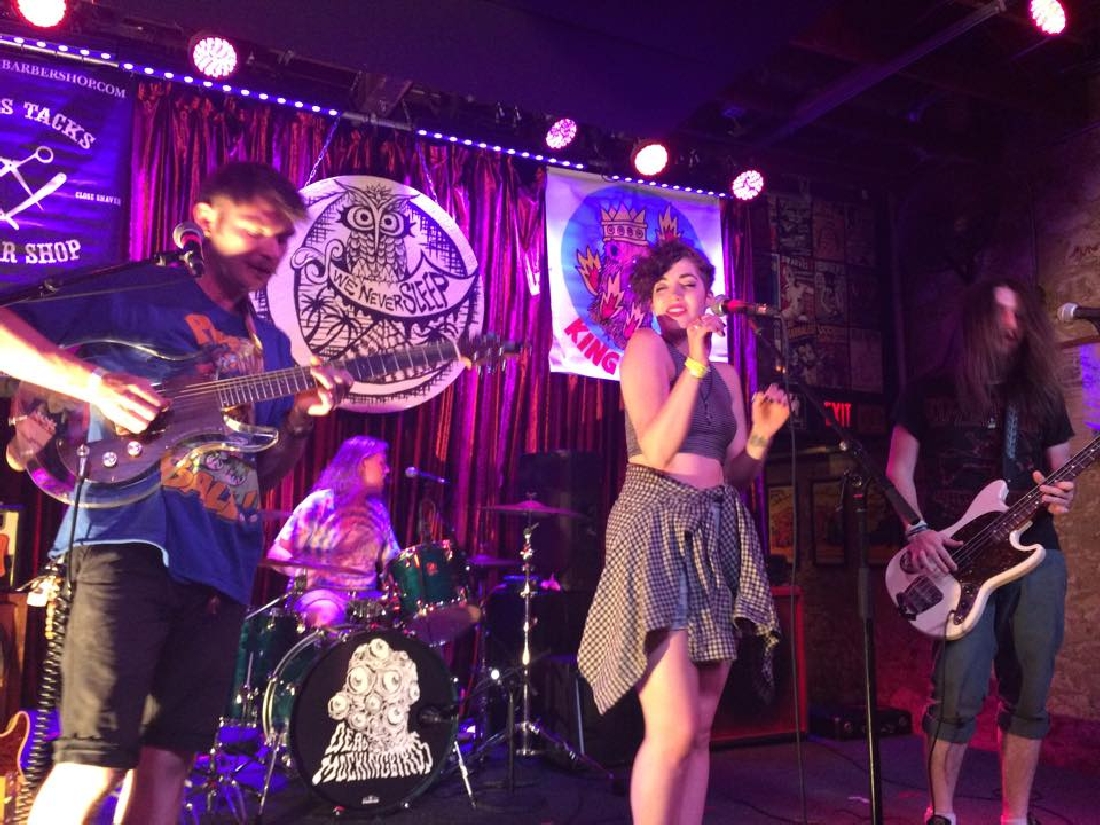 If there is one guy in town who is throwing touchdown after touchdown with the local shows he puts together it’s King Camel, or as his parents know him, Jeffrey Brown. As soon as the show featuring The Outfit, TX, Sudie, and The Black Dotz at Three Links in Deep Ellum  (2704 Elm St.) was announced I knew I would be driving to Dallas on Saturday afternoon to check out the all-star lineup Brown put together for Local Education Fest #1, a show that samples different genres to give a taste of what the DFW music scene has to offer.

By the time Animal Spirit took the stage, the evening crowd had started to arrive, and was ready to carry the party into the night.

The four-piece had just gotten back into town after spending several days on the road. Even though they had played shows daily in five different states over the past 11 days, the band still had as much energy as if they’d actually slept. The set began with Doom Surf, a lighter, upbeat tune that gets progressively heavier. Revenge, another newer tune, takes the band in a darker direction than their normal lighter, positive songs, adding a nice balance to the set.

Towards the beginning of the show, drummer Parker Anderson gave a speech to the audience inviting them to always choose love, saying, “you’re beautiful and you matter and that no matter what anyone ever says or does to you, you can always choose love. And that we show love through music.”

The crowd moved closer to the stage as the band led into Creatures, a song about growing up and finding where you belong, ending with the lines “I’m only human, I have my regrets. I don’t know where I’m going, I haven’t been there yet.” The band ended its set with Blame the Stars, a dynamic, fuzzy song about unity, “we’re in the same damn place no matter where we are.” While all of Animal Spirit’s players are talented, it’s the lyrics that really stand out. Sam Wuehrmann and fiancé, Andrew Stroheker share lead vocals and both clearly get the band’s positive messages across. Drape their smooth voices over trippy guitar riffs, innovative drums, and driven bass lines and you get the eclectic sounds that make up Animal Spirit.

If you’re familiar with Animal Spirit’s debut self-titled album don’t expect to hear many of those tracks at their shows. The band’s set theses days consists mostly of songs from its forthcoming second album, recorded at Green Audio Productions. If you haven’t seen the four-piece in a while expect to hear the evolution of their music. It’s heavier, more rock and less pop, perhaps owing to a recent lineup change featuring Zach Tucker on bass, but the sound still possess the same whimsy as the band’s first batch of tunes.

Animal Spirit’s live show is still just as captivating as it always was, often with fun lighting and special stage effects. It’s easy to see why they were nominated this year in the Live Band category for our annual music awards. If you have a chance to catch them, do, you won’t be let down.