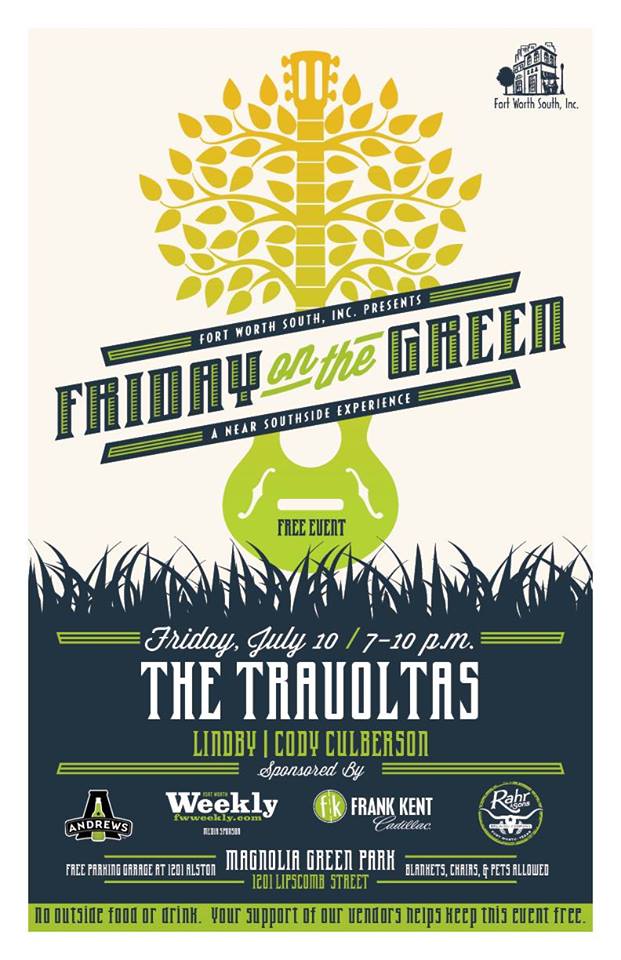 Blind Alligator Visits Cowtown
A 10-foot alligator was captured in the Trinity River near Fort Worth’s downtown area. Experts point the finger at all the rain and flooding we’ve had this year. I blame Ariana Grande.

TABC Hounds Bars Swapping Cheap Booze
This probably should have been the top story, since most of us are more likely walk into a bar and get snookered on our booze choice than to wade into the Trinity River and be eaten by a blind alligator. Texas Alcoholic Beverage Commission is catching businesses switching cheap booze for top-shelf stuff.

Avoid I-20 Near Center Street
Hooray for the new bridge beams being installed at Center Street and I-20! But the highway will be closed between Matlock Road and Collins Street on Friday and Saturday nights.

Friday Night On The Green Is Tonight
Ah, the grassy field, the surrounding shade trees, the pretty people, the cold beer, the cool breeze, and, of course, the badass music. Friday On The Green is tonight, friends. The Travoltas with Salim Nourallah are headlining. Lindby and Cody Culberson play earlier. The music begins at 7 pm and the event is free. You’ll miss it if you’re not there.

Panthy Music Awards On Sunday
Fort Worth Weekly announces its Music Award winners on Sunday afternoon in the Tilt Room at the Shipping & Receiving Bar. The pre-party is for musicians who play in one of the nominated bands. Every band member gets a plus-one. If you’re not in a band and want to go to the pre-party awards show, try and hook up with a musician this weekend. That shouldn’t be difficult. Regardless, everybody is invited to the after-party beginning at 7 pm at Shipping & Receiving, featuring a song swap among the musicians and lots of drinking and carrying on.