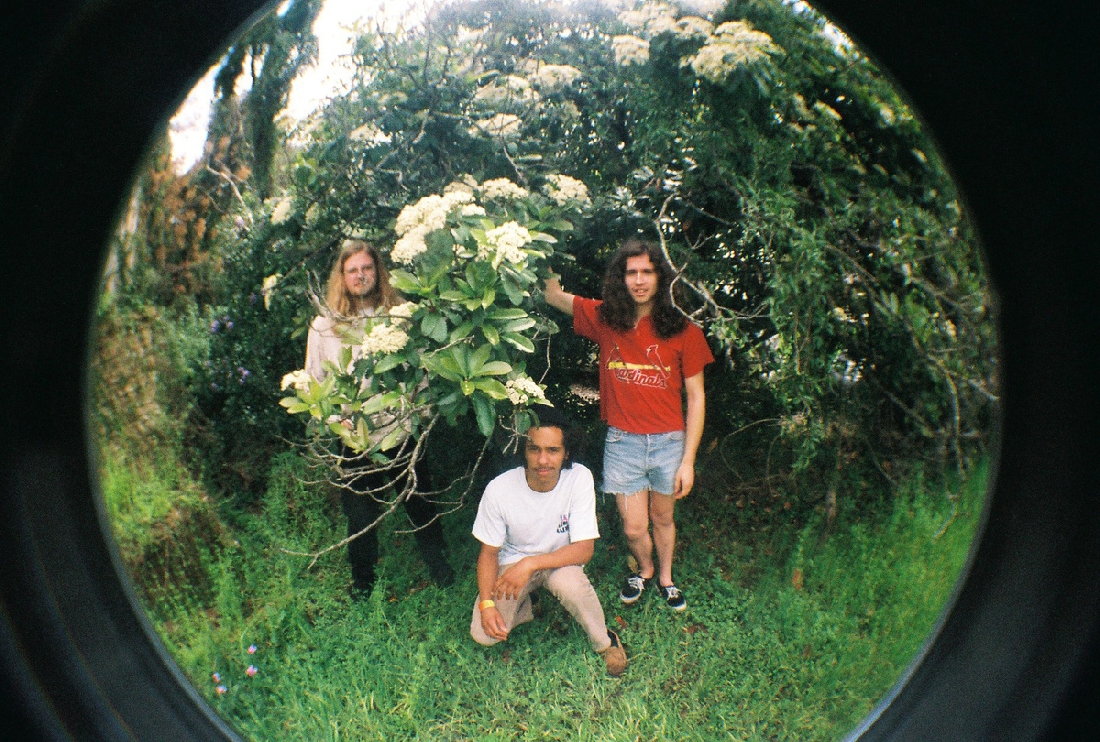 1) If you ever went to the late, great Where House, you may have noticed a red building a few blocks north on Hemphill, obviously a bar, with the grimace-inducing message “We Don’t ID” written on the front door. Called 1912 Club (named for its street number), the bar would usually feature a few unsavory-looking, probably unsavory-smelling characters loitering out front, or at least every time I drove by it. I have never been inside, so I don’t know if it is a haven for homeless drunks, or if that regular phalanx of vagrants was there to keep squeamish douchebags (like me, if I’m being honest) from enjoying some secret gem of a cocktail lounge. Tonight, (Thursday), 1912 Club’s mysteries will be revealed, because it’s hosting its first ever show, a five-act bill headlined by Fungi Girls, fresh off their six week tour with Argentina’s Los Cripis. Besides those bands, the show also features stoner rockers FOGG, and Starbass, a new electronic project from Christopher Waldon (War Party, Bitch Bricks) and Peter Gilliland (the guy who works at Avoca who makes you wonder how long he’s been growing those dreads). Outlaw (and out-there) poet William Bryan Massey III kicks off the show; cover is $5 and the bands start at 9. And despite the note on the front door, the show is 21 and up—oh, and one more thing: bring cash, because this place doesn’t look like it takes plastic. Remember when people referred to credit cards as “plastic”? Or is that just me?

2) Lola’s has a CD release set for Friday—this time it’s Mountain Kid, a four-piece assembled from members of Head of Savage and Royal Savages, two bands with names that suggest a fascination with a pair of brothers known for their’80s and ’90s ABC sitcom work. Anyway, from the track on Mountain Kid’s bandcamp page, I get the idea that the musicianship and densely packed lyricism of the group’s parent bands are at the forefront of this project; I have no idea what they’re like onstage, but the show also has “landlocked surf rockers” Animal Spirit on the bill, plus Dallas’ Party Static and Trai Bo. Party Static always puts on an entertaining live show; Trai Bo describes themselves as “New millennium TX garage rock/world punk” but their song that sticks with me is the one on this year’s edition of the Weekly’s annual Frequencies comp, because it reminds me of Incubus’ “Anti-gravity Love Song”, and it makes me think of Trai Bo as more of a futuristic take on funk. Also: yes, I once owned Incubus’ Science album; it was pretty much my soundtrack for the fall of ’98. This is a fan-made video for that song; hate if you want, but Incubus was once kinda dope:

3) Check it out, yo: hardcore en Español–de España!

There’s a drunk/drug/jerk-free HxC show at 1919 Hemphill on Saturday, and the headliner is a band from Spain called Sudor, the Spanish word for sweat. They’re surprisingly catchy for a hardcore band singing in another language, and they made me think of this grumpy cook from Guanajuato named Salomon who worked at the Chili’s with me on University a decade ago; he totally fucking despised me, but I feel like if I’d given him a CD from a band like this (as a peace offering), maybe he would’ve been nicer, or at least quit sending out shit wrong on purpose. I know you saw those quesadillas going to my 6-top were “no pico”, Salomon, and your being a prick just made more work for everyone! If you have a difficult relationship with a co-worker and think a Spanish hardcore album might mend fences, Sudor has a brand new record called Enamorada de Muerte Juvenil, and they would be grateful if you came to the show and bought it, especially since on tour all the way from Europe and can probably use the gas money. Olympia, WA’s Slouch is direct support, and the bill also features local hardcore acts Sin Motivo, Slimy Member, Parantumaton, and Soy Babies. Cover is $6, and shows at 1919 Hemphill are always all-ages, so it probably starts hella early, like 5 or possibly even 4pm.

4) Once again, I have to hand it to the Chevy Music Showcase for giving local artists a chance to make a professional, live video performance for free; in this case, it’s Greg Shroeder:

Live Oak Lounge has a pretty solid songwriter show on Friday; from headliner to opener, it’s Wayne “The Train” Hancock, Greg Shroeder, and Ed Rogers. Wayne Hancock is the obvious draw here, especially since he’s a little grittier than typical Live Oak performers, but Greg Shroeder’s songs are witty and heartbreaking, and he’s no slouch with a guitar either—personally, I have a hard time really digging in and listening to solo performers, but Shroeder performs with the energy of someone fronting a full band. Ed Rogers reminds me of Todd Snider, which I think is a pretty good compliment to make of any songwriter, regardless of genre.

Vincent Neil Emerson is releasing his debut album on Saturday at the Chat Room, with the opening slots filled by Jake Paleshic, Chucho, and Sam Anderson. Already, I’ve overheard spirited debate over the merits of this record, not to mention varying local media opinions (Central Track seemed entirely positive, the Weekly was a little more critical). A common thread through all of it is that his songs hold pretty close to his influences—Townes Van Zandt, Steve Earle, John Prine—so if you like any of those country legends and don’t mind an artist working double-time to accurately replicate his or her inspirations, then you’ll probably really like Emerson’s music. Personally, I prefer country legends like Ronnie Milsap and Eddie Rabbitt, and if some C&W songwriter debuted with an album that critics complained sounded “too much like Don Williams”, oh man would I be first in line to hear that guy! Come to think of it, what’s Jamie Richards up to these days? (He’s playing in Terrell on Friday night, in fact).