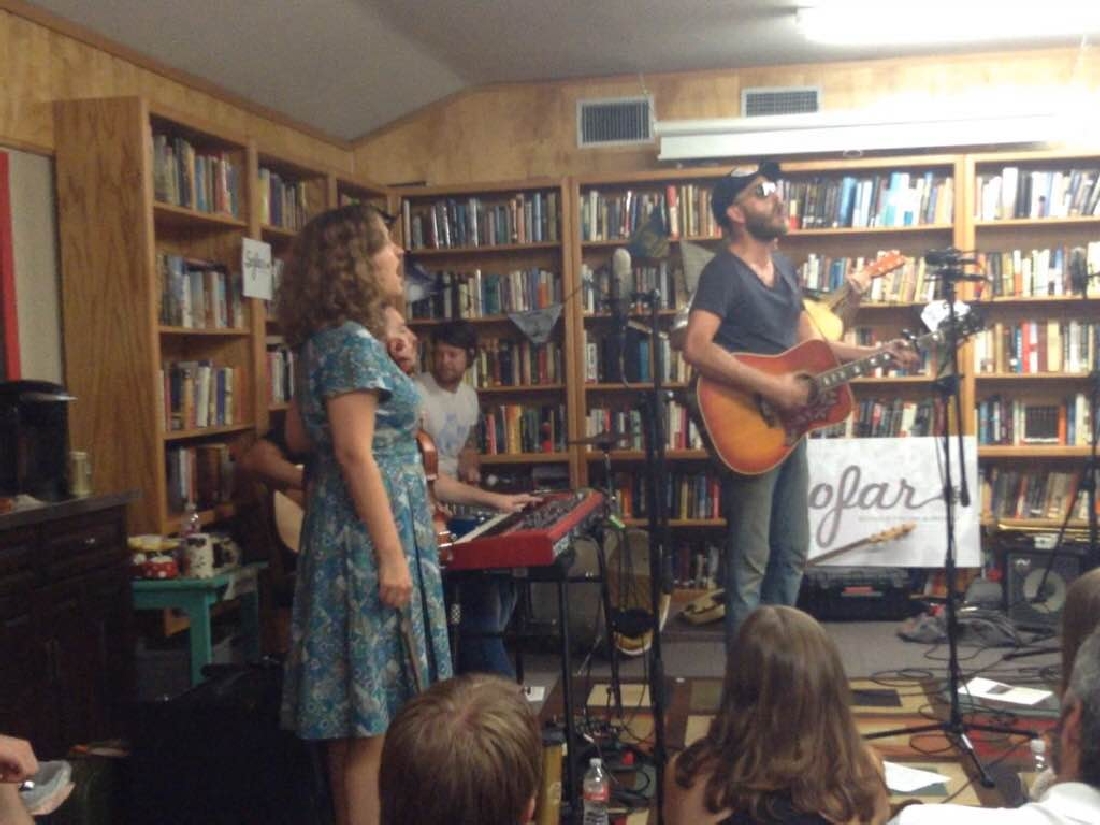 Fresh off of 110,000–plus Spotify plays of their new single “Why Let Go” in a little more than a week, Telegraph Canyon headlined Sofar Sounds DFW’s first proper Fort Worth show Sunday afternoon at Dreamy Life Records & Music (1310 W Allen Ave.) in Fairmount.

For those unfamiliar with Sofar Sounds, here is a quick primer: The London-based company focuses on producing intimate shows, featuring stripped-down or acoustic performances in more than 150 cities worldwide. The monthly shows are almost exclusively held in places that are not your typical run-of-the-mill music venues (think house shows, retail spaces, etc…), and the bills are generally an eclectic mix of genres. Interested music fans are invited to sign up on the company’s website and on the first of each month Sofar informs people on its mailing list about dates and venues for the month. Fans who RSVP to an event are entered into kind of a raffle. On the week of the show, Sofar informs selected fans that they are invited to attend (because of the unique venue choices, attendance is far more limited than a typical show). The artists performing are usually kept secret until fans arrive at the venue, and for that reason, attendees are asked to arrive before the first band begins and stay for the whole show.

Playing packed venues is nothing new for Telegraph Canyon, but Dreamy Life Records posed a new definition of crowded for the band and attendees alike. Stuffed into a room no bigger than the den in a typical Fairmount neighborhood home, about 75 spectators (plus another 25, including crew and opening band members), were sitting on the floor, standing against the walls or peeking in through the doorways of adjacent rooms to watch the bands perform. The cramped quarters provided an extra layer of intimacy to the afternoon show and the six-piece demonstrated they were up to the challenge.

The bare bones set-up played directly to Telegraph Canyon’s strengths. The lack of microphones showcased the power of singer Christopher Johnson’s voice and the spot on harmonies of bassist Chuck Brown and violinist Tamara Cauble Brown, especially on the set opener “Wheel to The Garden.”

The band’s five-song set featured tunes exclusively from their new album You From Before, due to be released July 31 on Velvet Blue Music records. From the driving rhythm of “Flood” to the Arcade Fire-esque dancey feel of the aforementioned “Why Let Go” (which can be streamed here), Telegraph Canyon proved that the album (their first in six years) will be well worth the wait.

After their short set, the band returned for an encore with “Into The Woods,” the opening track from 2009’s The Tide and The Current, but the day definitely belonged to the songs from the new album.

The afternoon’s bill was filled out by the vintage pop-soul of Longview’s Ellen Once Again and Austin indie-pop duo, Taylor & the Wild Now, both of which are well deserving of your attention.