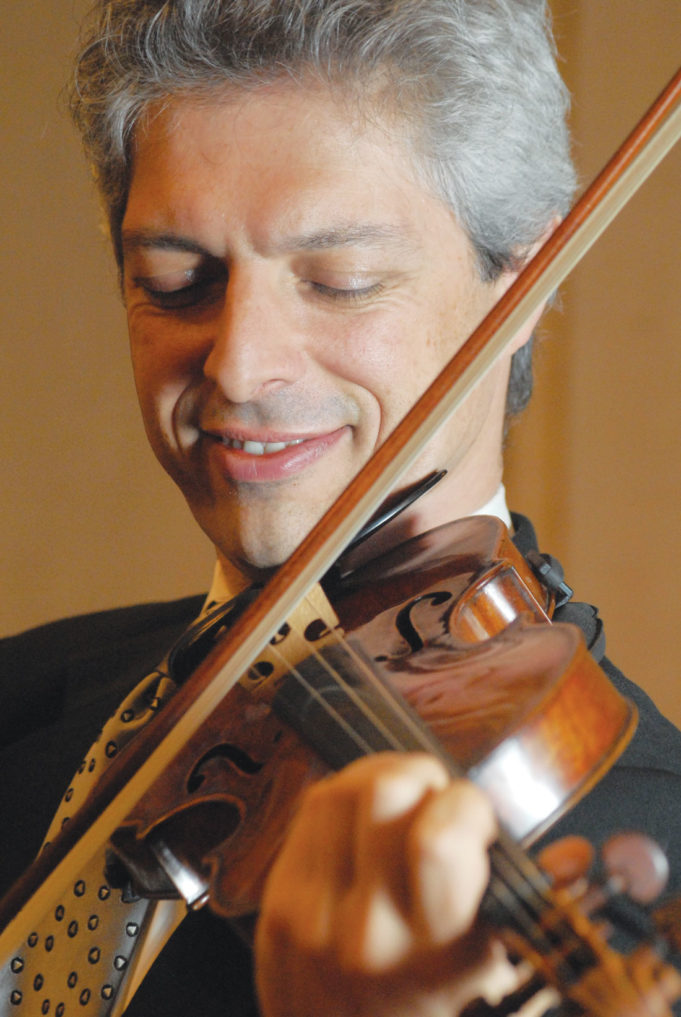 Next year is the 30th anniversary of the founding of the Chamber Music Society of Fort Worth, and it’s a classical music organization whose work sometimes gets lost amid the hype of larger groups like the Van Cliburn Foundation and the Fort Worth Symphony Orchestra. This week, their season continues at the Kimbell Art Museum’s Piano Pavilion, and artistic director Gary Levinson is excited.

“This concert summarizes what we do,” he said. “We have a balance of classical and living composers, and we’re bringing in musicians from all over. We have to play together so we can give the audience a cohesive presentation.”

New York Philharmonic principal cellist Carter Brey and Van Cliburn winner Jon Nakamatsu join violinist Levinson, violist Michael Klotz, and double bassist Nicolas Tsolainos for the concert this Saturday afternoon. The program starts with Behzad Ranjbaran’s Dance of Life, a darkly modernist duet for violin and bass by the contemporary Iranian composer. This is followed by Brahms’ Sonata for Piano and Cello in E minor, which Levinson believes is Chamber Music Society’s first public performance of this seldom-played work. It’s marked by the composer’s customary seriousness, gentle melancholy, and impeccable sense of structure. Concluding matters is Schubert’s “Trout” Quintet, an effervescent piece brimming with invention that’s based on the composer’s earlier song “The Trout,” inspired by the fish’s movements. The concert is preceded by a pre-concert talk led by Levinson and Laurie Shulman, a musicologist and lecturer with a Ph.D in historical musicology who specializes in writing program notes for professional music ensembles around the world.

For Levinson, who took over as the society’s artistic director two years ago, this is a labor of love. “I interviewed for the job, and [the board and I] were on the same page,” he said. “It’s a place where everybody serves without ego.”

Gary Levinson is the Senior Principal Associate Concertmaster of the Dallas Symphony, “I work on booking and logistics every day. Additionally, I dedicate one day a week exclusively to the needs of the Chamber Music Society, which is outside of development and fundraising activities” he said.

Building a program involves more than simply throwing together three pieces that he likes. “It starts with artists we want to engage,” he said. “If we have a visiting quartet that wants to play a particular piece, we want to build the program around it.”

At last month’s season-opening concert, for example, the guest performers were the Atrium Quartet, a group of Russian musicians based in Berlin who wanted to play Ligeti’s Métamorphoses Nocturnes. As a counterweight to such an exuberant but thorny piece of music, the group played (on Levinson’s suggestion) Grieg’s First String Quartet as a melodic and not overexposed piece to give the audience smoother and more digestible textures that would come as a relief after the Ligeti.

For Levinson, the appeal of chamber music is wholly different from the scale of orchestral music, the drama of opera, or the ego of a single performer that can overwhelm a solo concert.

“Often, composers’ most personal music is in chamber,” he said. “You get enormous creativity from reduced numbers. Each musician can contribute to the interpretation, and there’s a lot of detail you can catch that you might lose with an orchestra. The intimacy can have a much greater impact.”

The society frequently performs in the Modern Art Museum of Fort Worth’s auditorium, but Levinson treasures the space of the Piano Pavilion, not least for the troupe’s first experience there. “Renzo Piano came to our first concert there, and after we played the Haydn [String Quartet in F minor], he came up to us in tears. That was a powerful moment.”