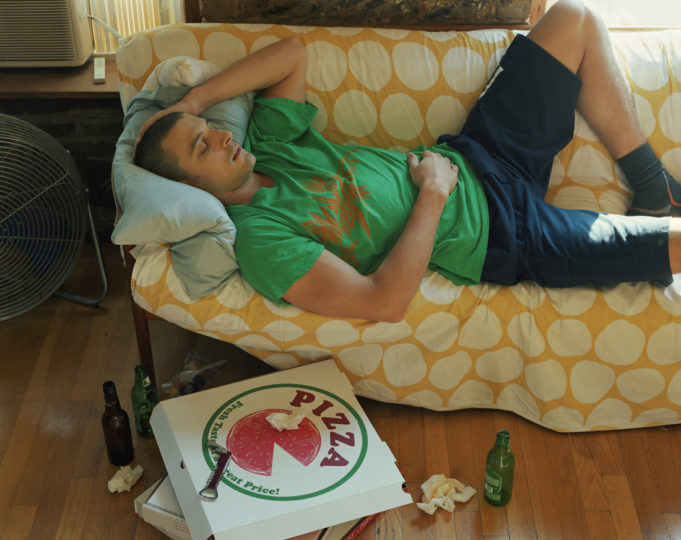 I was first introduced to the Hangover Burger ($12) a few months back. A friend and I were having lunch at The Pour Hou-, uh, I mean the Trinity River Tap House (2725 W. 7th St., 817-335-2575), and I was drawn to the kitchen sink-style burger like a, uh, an unhealthy eater to a giant burger. I wasn’t hungover or anything. There’s just something comically decadent about ordering a sandwich that could cause heart failure before you’re done eating it.

The thing is about the size of a full-grown yellow-bellied marmot. Consisting of a juicy chorizo patty, bacon, grilled jalapeños, cheddar cheese, and two fried eggs between a sweet and sour bun, the monstrosity also has a healthy swipe of an intensely spicy habanero aioli.

All of the Brobdingnagian’s ingredients are traditional hangover cures. The eggs and bacon are like a breakfast within a burger, the aioli and jalapeños will help you sweat out the booze, the greasy meat will absorb the poison, and so on. But if you don’t have a hangover, it’s still a good-not-great right cross of bold flavors. And it’s enough food to feed a harem of marmots.

Recently, thanks to an overabundance of family time, my red wine consumption has ratcheted up to sorority girl levels. I visited the West 7th-area bar/restaurant while suffering from a major case of the cabernet flu, and, predictably, I ordered the only thing on the menu with the word “hangover” in it. I wasn’t intending to write a column comparing my two experiences with the same burger, but they were so vastly different, I felt I owed it to the public.

Whereas before I found the burger gimmicky and cartoonish, I can now personally attest to its medicinal powers. The salty red juices from the meat patty and rich egg yolk quelled the marmot-like screaming pangs in my stomach. The habanero aioli was simultaneously punishing and soothing, and I must have looked like I’d been sitting in a sweat lodge for an hour, as the powerful heat from the pepper opened the floodgates behind my pores.

The burger also tasted better on my second visit. I don’t know if that was also a byproduct of the heightened sensitivity brought about by my condition or if the kitchen was just on-point that day. But the bacon was crispier, the bun fresher, the cheese meltier, and the egg runnier.

I genuinely felt better after the Hangover Burger And I have learned a valuable lesson about judging food that was engineered for a specific purpose: If you’re not hungover (or Method Man-level stoned) maybe order something else. It’ll still be there when you need it.