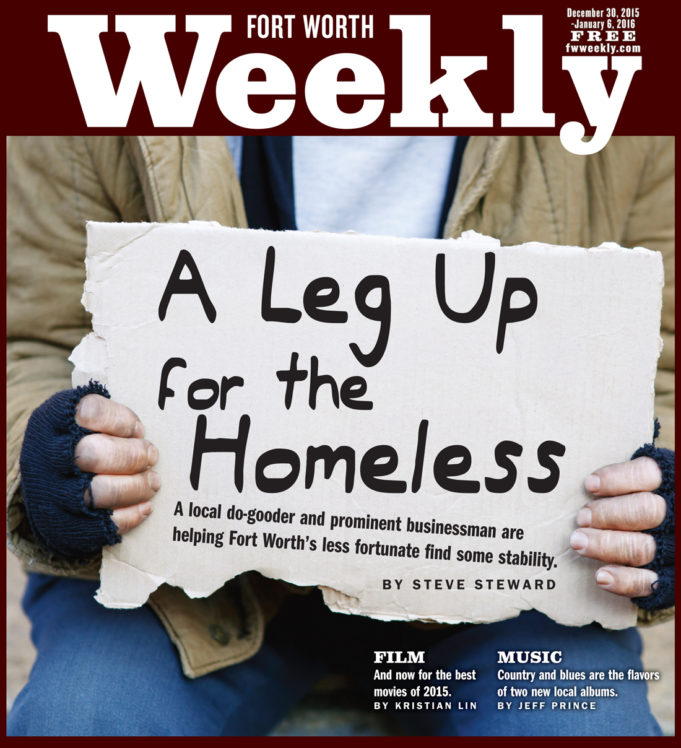 No matter where you fall on the political spectrum, the fact that America’s middle class is shrinking is undeniable. Families, single people, college students, and every other type of working, middle-income American in between are all having to work increasingly harder to make ends meet. As for getting ahead? Maybe next year, kids. When financial stability is a struggle for those who have jobs and roofs over their heads, imagine what it’s like to climb that hill when you’re homeless and out of work.

Lauren Doeren is no stranger to helping others. A student of community service course Leadership Fort Worth, the 34-year-old mother of two has spent plenty of her free time volunteering for various service organizations. She always wanted to develop her own project to make a more focused impact on the community, but it was an evening of making sandwiches for the needy that put her on the path to helping homeless people find work. All it took was a like-minded benefactor to help her get there.

At the time, Doeren was working for a local architecture firm, using her vacation days to volunteer in projects like fundraising for North Side High School. She “got the bug” to work with the homeless one Sunday morning in the fall of 2014, taking her kids to Beautiful Feet Ministries, a faith-based homeless outreach program on Hattie Street whose members feed, clothe, and provide medical services to those in need. Doeren and her girls helped prepare more than 200 meals and fed 75 children. The Doerens also ate with the beneficiaries. “That was an eye-opener for my girls, because at the time, they were kind of being little stinkers,” Doeren said with a chuckle. “It was right after Thanksgiving last year, and they weren’t being very grateful. So I said, ‘You know what? We’re going to feed some homeless people. You can see how other people live.’ ”

The Doerens worked the sandwich assembly line. The girls “had a good time,” she said. “Violet was in charge of putting the onions, lettuce, and other condiments on the plates. I kept catching her sneaking pickle slices, so that was funny, and Ella added bread to the plates and helped with distribution.”

The girls learned a lot that day, particularly about the kind of people who make up most of Fort Worth’s homeless population: single mothers and children.

“It was sad to see so many homeless kids my own age,” Ella said. “It really made me think about how lucky a lot of people are and how little a lot of other people have.”

Another misconception overturned: that homeless people are crazy. “People think the homeless are scary, but they’re not,” Violet said. “They were really nice and kind. It felt good to eat with them and make them happy.”