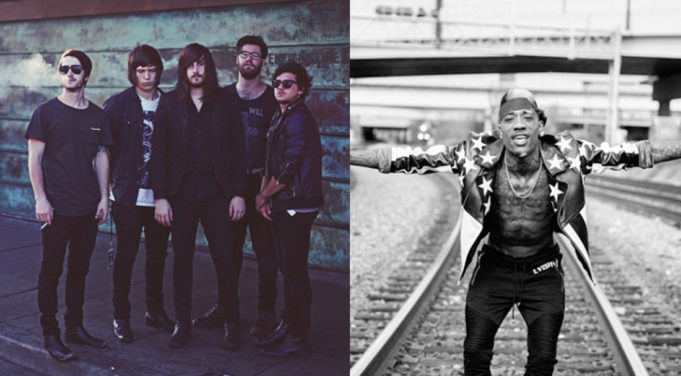 In my column last week –– don’t fall asleep! I promise this story will get better! –– I discussed the virtues of staying in the Fort to reach the next level as opposed to relocating to some established industry power-locale for fame and vast riches. All those in favor of staying here? The Toadies, Flickerstick, Green River Ordinance, Oh Sleeper, Pinkish Black, The Unlikely Candidates (adopt a better, cooler, less generic name, please), and Leon Bridges. All those in favor of relocating to L.A., New York City, Nashville, or Austin? Snow Tha Product, Jordan Richardson (who is back, natch), Maren Morris (see last week’s column, “Hello, Maren!”) and … and probably some others, but let’s not dwell on the persistent Now, man. Let’s move onto the Now five minutes from, um, now.

The next out-of-town success story moved away because he had to. As we will detail in next week’s Music feature, Atlanta-via-Fort Worth rapper Solo Lucci was the victim of a home invasion that left him with two near-fatal bullet wounds and that killed one of his friends, says new Weekly writer Jeremy Hallock. No one can blame Lucci for moving to Hotlanta in 2012 to start his career. And what a career it’s been so far. Last month he made an appearance on Chris Brown’s seventh album. The Lucci-featured “Wrist” appeared a few weeks prior to the release of Royalty as a countdown track. Lucci also has collaborated with R. Kelly and T.I., Hallock says, and the super-tatted rapper is about to launch his own label, Foreign Money. His 2012 video for the single “R.I.P, Tupac,” referencing legendary West Coast rapper Tupac Shakur, has received more than 500,000 views. In 2013, Lucci released the mixtape Fuck Your Favorite Rapper, followed in 2014 by an appearance by Akon for the track “Killaz & Drug Dillaz” and in 2015 by the crazy purrp “Whip It.”

Which brings us back to The Unlikely Candidates. These super-young cats got signed, to Atlantic Records, without ever playing Lola’s Saloon, at least the hippest venue in town, or anyplace in Dallas. Talk about hot. And now the pop-rock quintet has just released its first major label recording. The single “Your Love Could Start a War” is in the same spirit as the TUC’s 2013 hit “Follow My Feet,” with a loud, anthemic chorus and bombastic verses. The new song was inspired by protests in New York City over the senseless death of Eric Garner, who was suffocated to death by members of the New York Police Department while being arrested for selling loose cigarettes. After joining the thousands of enraged New Yorkers on their march through Times Square, co-songwriters Kyle Morris (vocals) and Brenton Carney (guitar) retreated to nearby Quad Studios (Sam Smith, Hilary Duff, Nick Jonas) to lay down the song.

This is all according to The Vinyl District, where “Your Love Could Start a War” debuted last week.

With all of this national/international activity surrounding the Fort, you wouldn’t be laughed at for asking, “Who’s next?” Vincent Neil Emerson? War Party? Stoogeaphilia? Stay tuned.