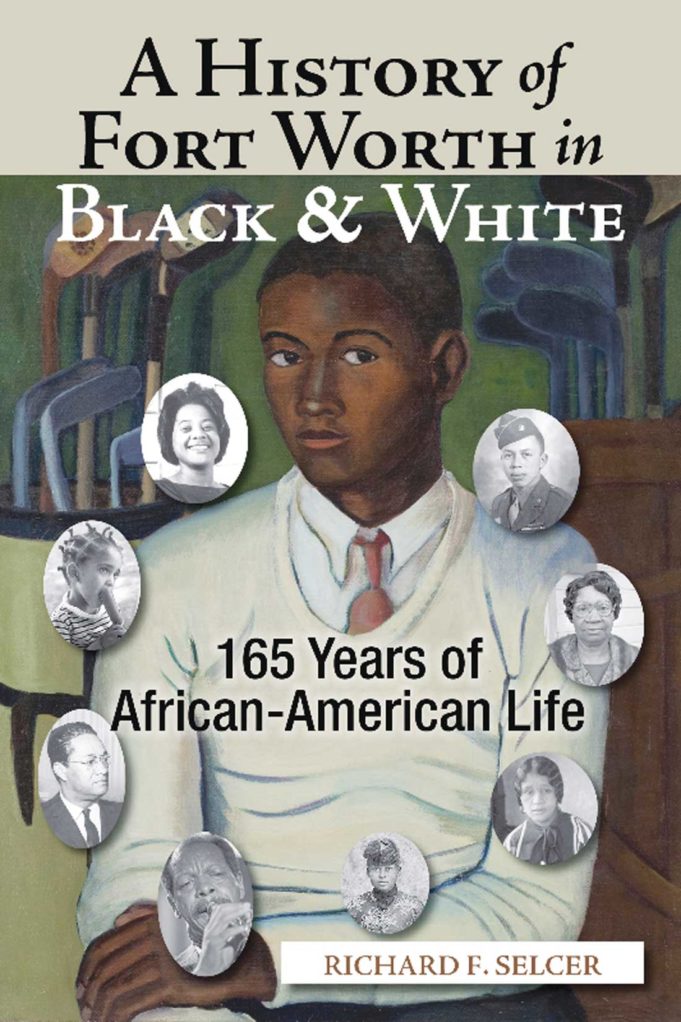 Over the decades, Richard Selcer has focused largely on local sagas, such as the rise and fall of Hell’s Half Acre and the lives of early Fort Worth lawmen. Admittedly, those kinds of subjects have lots of appeal. Who doesn’t love stories about gambling, prostitution, and shootouts.

But for his new book, the Fort Worth historian dives into decidedly less sensational yet much more sensitive material. In A History of Fort Worth in Black & White, Selcer explains how Fort Worth’s predominantly African-American neighborhoods and communities came to be. Part biography, part historical narrative, and part social commentary, the result, published by the University of North Texas Press, is a tasty blend of informative and engaging.

In the opening chapter, Selcer provides context to the two centuries of complex race relations in Fort Worth. It all starts with Edward Terrell, a frontier entrepreneur. After selling his herd to officials at nearby Fort Richardson in 1856, he used the proceeds to invest in slaves who were then sold to incoming homesteaders.

Emancipation didn’t spare area African-Americans from oppression in the latter part of the 19th century. Lynching, Selcer writes, was a fact of life for freed men and women in Texas. Tarrant County saw its first Ku Klux Klan chapter form in 1868.

Flowing chronologically, the book is sprinkled with short biographies of prominent or simply interesting African-American Fort Worthians, including Hagar Tucker. A black man who joined Fort Worth’s nascent police department in 1873, Tucker was illiterate, leaving behind not much biographical information for Selcer to go on –– however, Fort Worth’s police department did not hire another African-American until 1953. Unfortunately, Selcer leaves the reader wanting here.

The reading becomes much more engaging by Chapter 4. In “The World of Jim Crow,” Selcer recounts life under segregation from first-hand sources. His descriptions of black cemeteries, sports teams, and “Negro” hospitals come with wonderful archival photos and recent snaps by Fort Worth’s Brian Luenser. Unlike the first few chapters, Chapter 4 is chock full of insights and details.

The story of Fred Rouse’s lynching is as graphic as it is tragic. To set the tone, Selcer reminds readers that membership in the Klan was practically a “prerequisite” to be a member of Fort Worth’s police department. In 1921, Rouse was working as a strikebreaker for Swift & Company, a now defunct meatpacking plant in the Stockyards. When confronted by two white strikers, Rouse pulled out a gun and shot them. The author does not say whether they died. Rouse was beaten nearly to death by an angry mob of white men. After he spent five days in the hospital, a group of more than 30 white men, including police officers, dragged him from the facility, hanged him from a tree on Samuels Avenue, and riddled him with bullets.

For fans of Fort Worth’s more recent history, names like Ornette Coleman and Dewey Redman do not appear until the second to last chapter. And even then, these cultural giants and others like them are given only brief mention. One of the last profiles in the book is that of Lenora Rolla, who passed away in 2001 at the age of 97. Throughout her life, she was committed to the rights of women and African-Americans, first through advocacy groups, then as the editor of the oldest black newspaper in Texas, the Dallas Express.

In A History of Fort Worth in Black & White, Selcer does not try to gloss over Fort Worth’s often violent past. But neither does he dig into it. There was undoubtedly far more to everyday life in early Fort Worth’s African-American communities than the flashpoint events taught in public schools. Still, Selcer’s latest book is an invaluable account of a local topic that, until recently, was woefully underrepresented in print.