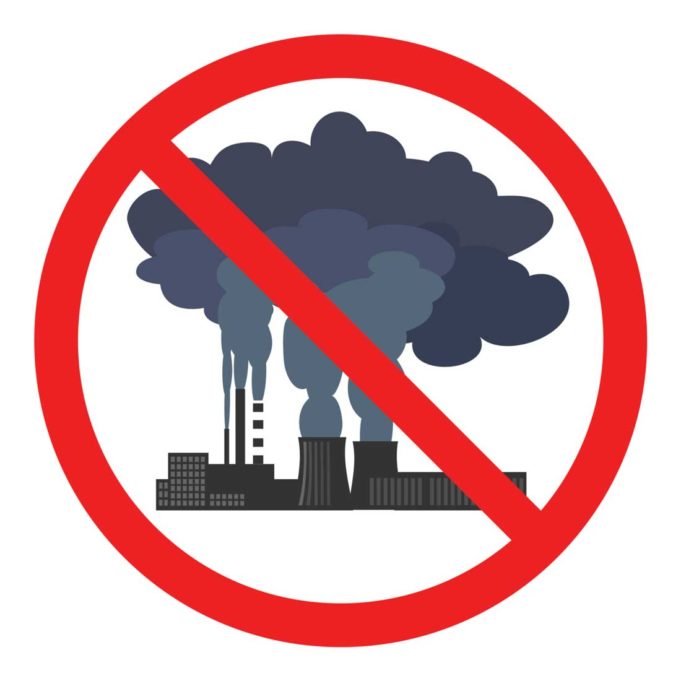 In last week’s Metropolis story (“Big Brown, Big Bad,” Feb. 3), we described how local residents attended a Texas Commission on Environmental Quality public hearing in Arlington recently and laid down the law. They believe most Texas officials, from the governor on down, are so hell-bent on attracting and keeping big industrial plants that they could not care less about the air we breathe –– which, mind you, is some of the worst smog in the country. State officials are supposed to be preparing a clean-air plan to show how we can meet federal standards, but in their plan, they prove that the only thing they’re committed to is business as usual. Local environmentalists, activists, and concerned parents are hoping the U.S. Environmental Protection Agency will decide later this year to force Texas to trash its plan and adopt an EPA-authored one.

Forcing a federal plan on Texas would create uproar in Austin and probably prompt Gov. Greg Abbott to threaten secession from the United States. Abbott and other politicians can’t bring themselves to clean up our skies if it means enforcing stricter rules on the big businesses that provide large tax bases. Abbott and his predecessor, Rick Perry, would probably rather choke an asthmatic child with their bare hands than enact tougher regulations.

Last Friday, however, the EPA released information that indicates the Texas clean-air plan could be rejected. Mary Stanton, EPA’s chief of the state implementation plan section, sent a letter to the state environmental quality commission expressing concern that the state plan has “no new measures” to help it reach federal attainment levels by 2017. That could be interpreted as bureaucrat-ese for, “Your plan won’t work, and you damn yokels need to develop a plan that shows even a tiny inkling of working, or get the hell out of the way, and we’ll do it for you.”

The grassroots group that bills itself as Say NO to Hooters in Downtown Fort Worth (and that most certainly does not involve billionaire Ed Bass) are spreading their wings, so to speak. Fort Worth public relations firm Hutson Creative announced that several members of the Say NO group have created another group, the Downtown Fort Worth Neighborhood Committee, that will monitor establishments deemed contrary to Sundance Square’s family-friendly environment. Look out, breastaurants!

“Current establishments under review by the committee include Hooters and Ojos Locos,” the statement read.

Hooters uses an owl for a mascot, but the restaurant chain is known more widely for its scantily clad servers wearing tight shirts to accentuate their, um, the, uh, owl eyes on their shirts. Hooters has been around for 30 years and earned a wide customer base that includes many children and families. Ojos Locos Sports Cantinas, similar in concept to Hooters, originated in 2010 and offers five locations in Texas.

Families can now rest easy, except for the families –– and there are plenty of them –– who enjoy taking their kids to Hooters for chicken wings after a Little League game.

A friend of Static’s is amazed that the Fort Worth Star-Telegram and Sheriff Dee Anderson are going crazy over the Ethan Couch case. “Every day,” our friend says, “there is a new story in the Star-Telegram [about the Couches], even when there is nothing new to report on the case. And why has Sheriff Anderson, who you never see in public, suddenly become so visible on this case? Surely he has other things to do than stand around and try and photobomb Ethan Couch and his mother.”

Well, old pal, here’s a crash course in modern journalism and politics. Couch is the kid who got paroled after getting drunk and driving his car into a group of people, killing four. The case turned into a national phenomenon after District Judge Jean Hudson Boyd offered Couch 10 years probation. The defense fought imprisonment by saying Couch suffered from “affluenza,” or being so rich and spoiled that you don’t understand the difference between right and wrong and, therefore, should not be disciplined too harshly.

Yep, some British psychologist named Oliver James came up with that cockamamie drivel about 20 years ago, and “affluenza” afforded Couch a get-out-of-jail card. Couch was later shown in a video posted on social media partying with friends. Then he and his mother, Tonya Couch, fled to Mexico for more partying.

The case has fascinated people globally. The Star-Telegram, a struggling newspaper owned by a struggling parent company, sees gold in them thar Couch cushions. Every time the paper cranks out a new story –– or at least a story with a new headline and date, if not necessarily new information –– the worldwide masses have something new to click on. More clicks mean more ad revenue. The Star-Telegram’s Couch-mania is about generating capital and feeding the public what it wants rather than what’s truly newsworthy.

As for Anderson, well, he’s seeking his fifth consecutive term as sheriff in the March 1 election. Being photographed looking stern and ready to pounce while the Couches are being led around in handcuffs might help Anderson’s chances at getting re-elected, even though his photobombing makes him look sort of silly.