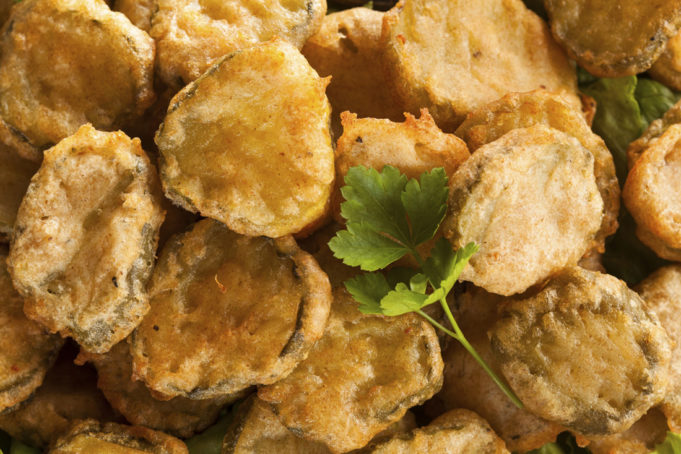 Is it just me, or is the same bar/grill opening over and over in West 7th? I was sad to learn that Trinity River Tap House was closing –– its last day of business was on Valentine’s Day –– but I can’t help but feel like the eatery-drinkery formerly know as the Pour House, with its dozens of televisions and elevated food menu, laid out a blueprint that the owners of too many new places are trying to copy.

A couple of Thursday nights ago, I dropped into  Landmark Bar & Kitchen (3008 Bledsoe St., 817-984-1166). While sipping on sickly sweet but decent champagne (it was only a dollar a glass), munching on free quesadillas, and admiring the enthusiastic young/pretty/handsome crowd in full-on party mode, I felt a little out of place. I’m not knocking the spacious indoor/outdoor trendy spot, but my idea of a fun weeknight involves Netflix, cabernet, and cats.

The menu wasn’t exactly Eleven Madison Park in New York City, but the fare was passable, filling, and free. And, hey, you can’t beat champagne for a buck, even though I’m pretty sure I could have dipped one of those plastic rings on a stick into my flute and blown bubbles.

By pure chance, I found myself back at Landmark the following Sunday for brunch. The place was once again packed, but the crowd seemed a little more easygoing. Which you can interpret as: I didn’t hear any shrill twentysomethings yell, “Shots, bitches! Woo!” The honey chicken biscuits ($9.95), with fried eggs, cheddar cheese, crispy fried chicken, and bacon, sat atop fluffy, sweet grandma-good biscuits. The mimosas were just $2, and the place isn’t chintzy with the bubbly.

I thought I was stuck in a Groundhog Day-esque loop when I walked into Varsity Tavern (1005 Norwood St., 817-882-6699) a couple of nights later. The décor of Landmark’s across-the-street neighbor is so sporty it borders on schtick. There are lockers, metal bleachers, a television per every square foot broadcasting sports, and little digital screens that doled out sports news. But the party-’til-you-puke! clientele and ambitious-for-a-bar food menu were familiar.

When I went back for lunch the next day, the place was dead, except for the more than 30 muted televisions showing highlights of the previous night’s sports heroes to a soundtrack of radio-country/auditory-garbage piping in from the speakers.

I’m a sucker for fried pickles, and Varsity’s version of the appetizer ($7) was a revelation. The flat-style dills were coated in a panko batter and served with Sriracha ranch dressing. Each bite was crispy, juicy, sour, and creamy. The wait for our entrées was agonizingly long, so my guest and I braved it with the middling chips and dips trio ($9): chalky queso, a spicy charred corn guacamole, and peppery salsa.

When the main courses finally arrived, I thought I had accidentally entered some kind of eating contest. The chicken fried steak ($14) was the size of a Buick, smothered in jalapeño cream gravy and sitting on a hillock of mashed potatoes that could have plugged the sinkhole left after the quake in Haiti. The meat was a tad tough, but the batter had a nice crunch. The accompanying maple syrup-Brussels sprouts were tender, if a little too sweet for my taste.

Speaking of sweet, the house meatloaf ($15), two steak-like slabs sitting on another giant mound of mash, was slathered in a root beer barbecue mushroom gravy that tasted like pure saccharin.

I should probably wait to make that list anyway, since 90 more joints are opening over the next several months. Maybe they’ll all keep expanding and merge into one mega sports bar/grill –– Trinity Social Lodge Varsity Landmark.