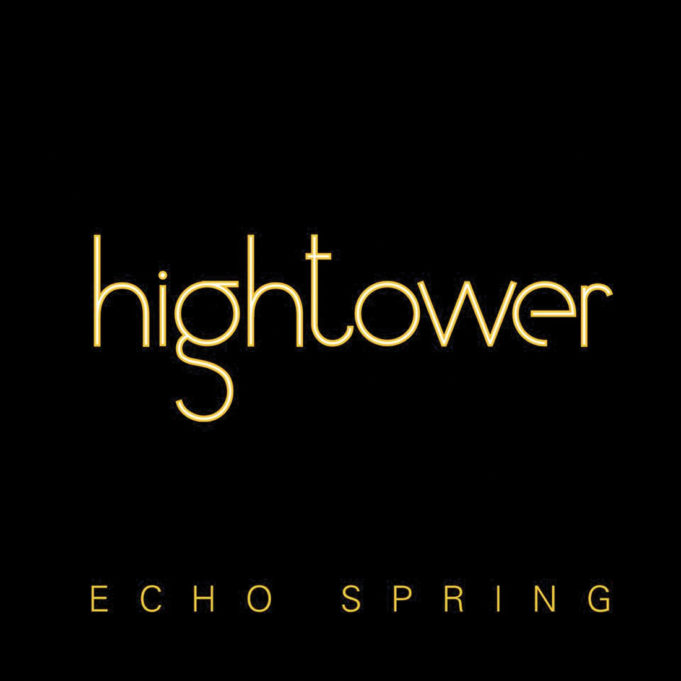 You have to admire the ambition on Echo Spring. The debut album from Hightower, the band-vehicle for 33-year-old Fort Worth singer-songwriter Lindsay Hightower, is a blend of the romping, stomping raunch of the blues with the gentle restraint of Americana folk. Hightower, drummer Joshua Ryan Jones, guitarist Taylor Tatsch, and bassist Jacob Martinez are fluent in both styles, and the seamless ping-ponging between the two on these eight tracks creates a tasteful, fun dynamic throughout the record.

Hightower has said that she drew lyrical inspiration from The Trip to Echo Spring, a collection of stories about how alcohol has influenced great works of literature. And the album’s slinky smarts and slick production (Jones and Russell Jack) make it sound like it could be the soundtrack to an F. Scott Fitzgerald soiree.

Clocking in at just shy of half an hour, Echo Spring has a good sense of pace, and no two songs sound alike. While Hightower’s sultry, strong voice is front and center on all of the tunes, the band is far more than just a cursory backing group. Jones’ stickwork is tastefully sparse, while Tatsch and Martinez know when to rip and when to take the back seat.

Some songs are laidback, like the title track and “Wondering Eye,” while on others, such as “Phantom Pains,” a thick groove of distorted guitars and driving drums churns. “Tides” features Hightower’s elegant vocals draped over a simple but prominent bass drum kick and a winding keyboard melody. The uptempo pace of “Trying to Forget You” belies its decidedly gritty view of life through the bottom of a rocks glass. The album’s finale, “Sugar in My Bowl,” with just Hightower’s vocals accompanied by Thomas Woods’ moody piano, sounds like something you’d hear at an off-the-strip Vegas speakeasy.

Though the record gets points for avoiding cliché, the whole thing lacks cohesion. Recorded with Taylor Tatsch at his studio AudioStyles (Jetta in the Ghost Tree, Shadows of Jets, Maren Morris), Echo Spring comes across a little more like a best-of album than a singular artistic statement. The record also feels too short in length –– like an unfinished novel or the writings of a great author who ran out of booze. 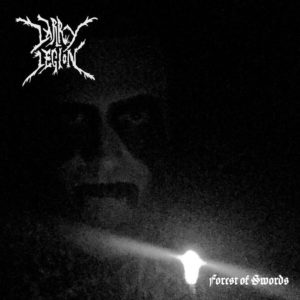 In Daniel Markham’s pervious releases, it is as easy to identify his love of R.E.M. and Big Star as it is to pick out the impact that singer-songwriters such as Matthew Sweet and Vic Chesnutt have had on his tunes.

Recorded at Necrodreamstudio (also known as Markham’s bedroom) over the winter of 2015, the six tracks ooze the type of intimacy that can be achieved only in a room lit exclusively with candles and the glow of a laptop screen.

The album is a tribute to Markham’s black metal heroes, yet it achieves more weight than just a novelty side project. Markham is obviously well schooled in the various waves of black metal, especially from heavy hitters such as Venom and Burzum. He’s unafraid to don the cloak and corpse paint of Larry Legion. Hell, this might have actually been his comfort zone all along.

The standout track, “Aim For the Eyes,” owes as much to the maniacal mind of Norwegian musician/writer/convicted murderer Varg Vikernes as it does the film scores of John Carpenter. The song feels like the theme to a sadistic ritual or a call to the spirit world, building around reverb-soaked chanting blanketed over a baleful guitar lead. About halfway through, the momentum seems to stop, leaving only the drum machine, but soon banshee-like howls kick in and drag the listener into the darkness.

The most disappointing thing about Larry Legion is that it’s only a studio project. Perhaps it is my own selfish desire to see these songs played live (inverted crosses and corpse paint always make me giddy), but maybe Forest of Swords is meant to be experienced only with the same intimacy in which it was created. –– Jasun Lee 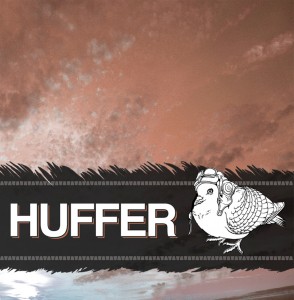 Huffer’s self-titled debut album calls to mind the most metal moments of Soundgarden and the massive guitar sound of Smashing Pumpkins. But the band that immediately comes to mind within seconds of pushing play is one of the most groundbreaking outfits of the ’90s, Hum. Make no mistake. The Fort Worth trio is a hard rock band. Yet across these seven tracks, Huffer pushes the limits of what hard rock can be. Which is: very Hum-like.

Opening with a thunderous drum cadence that is quickly joined by layers of guitars, “Never Know” sounds like an outtake from Hum’s Downward Is Heavenward. The track even has that tell-tale ’90s let’s-calm-it-down-a-bit-in-the-final-verse mix of jangly guitar and relaxed rhythm before it’s built into one final assault on the ears.

While songs like “High Hopes” and “Grounded” are the real stars here, the production by Jim King (Duell, House Harkonnen) is what really distinguishes Huffer as a band with a vision. Despite being limited to only three pieces onstage, vocalist-guitarist Che Cuevas, drummer Jeremy Nelson, and bassist Adam Snook deliver intense performances. And they’re really effing loud. Yet King’s handiwork in adds another sonic dimension during playback.

Huffer is rushing back into the studio with King to record a follow-up EP. –– J.L.

The Zen of Beatmaking