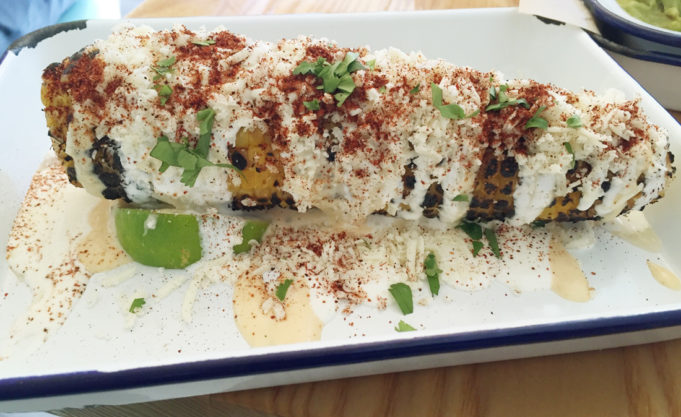 “I’m not paying $4.25 for a taco,” I thought, knowing full well that I have happily handed over that amount of money for the same taco, albeit after some booze –– and that transaction happened outside of a bar at night.

But this was lunch, and I was sober. Apparently, I have different standards in the light of day. It’s kind of like when guys go to strip clubs and spend hundreds of dollars just to get glitter on their jeans but then will drive nine miles out their way to save 10 cents on gas the next morning.

The popular food truck-turned-restaurant took over the tiny Montgomery Street space of the recently shuttered Trevino’s Comida Mexicana just in time for construction crews to break ground on the massive arena across the street. Kudos to Taco Heads owner Sarah Castillo for her business acumen. But catering to the fickle Westside lunch crowd is going to be more of a challenge than easy-to-please drunks stumbling up to a trailer window on the patio of Poag Mahone’s at 1 a.m.

If my visit was any indication, she’s going to be in that space for an eternity –– though the food wasn’t without flaws.

The menu is tiny, but there are many more options on Montgomery than there were at the food truck. The biggest difference is the addition of two sections: appetizers, or “snacks,” and signature tacos. If you want the kitchen’s usual fare, it’s still there for you.

The guacamole with sweet corn chips ($7) was delicious, but there weren’t enough bells and whistles or portion size to warrant the price. The guac was made in the classic style, with cilantro, lime juice, and onions. Taco Heads’ elote ($3.75), or traditional Mexican street corn, was slathered in a flavorful, creamy chile aioli, garlic butter, and cotija cheese. The problem with the dish was the limp, soggy corn on the cob that tasted as if it had been grilled ahead of time and was left to languish in some kind of steam tray. It was barely edible.

The kitchen more than made up for the appetizers with the tacos. The carnitas ($3.50), tender chunks of slow-cooked pork swaddled in a hot corn tortilla and crammed full of green cabbage, onions, cilantro, and queso fresco, was a massive confetti gun of flavors. The wild tilapia ($3.75), with purple pickled slaw, onion, a garlic paprika aioli, and cojita cheese, was an elegant, elevated version of a fish taco. The Nuevo Leon al pastor ($4), slow roasted on a spit, with pork marinated in an adobo sauce (paprika, oregano, salt, garlic, and vinegar), served with slivers of grilled pineapple, red cabbage, onion, and cilantro, was a beautiful balance of sweet and spicy.

And, yes, the garlic-cilantro Gulf shrimp taco ($4.25!), with purple pickled slaw, lime zest, and cojita cheese, was worth every penny. The shrimp were plump and not overcooked, and the lime zest added a layer of citrus that brought the little critters to life.

It’s worth noting that the place was packed –– my guest and I were lucky to get a table. So clearly the prices aren’t scaring anyone away. And after trying the food, I felt like I got a pretty good value.