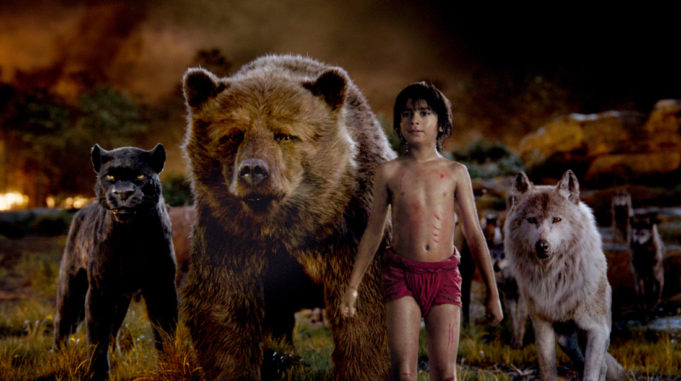 When they’re not busy trawling through Marvel Comics’ back catalog, Disney is busy raiding their own animation back catalog for stories to remake. They’ve already made live-action versions of Alice in Wonderland and Cinderella, and now they’re doing the same thing for The Jungle Book. (Next up is Pete’s Dragon, by Fort Worth’s David Lowery.) Like those other movies, this one has moments of undeniable splendor, but it hasn’t uncovered enough new material in the stories to really justify the effort.

Based on Rudyard Kipling’s stories, the movie stars newcomer Neel Sethi as Mowgli, the human boy raised among wolves in the Indian jungle and tutored by the black panther Bagheera (voiced by Ben Kingsley). However, when the man-hating tiger Shere Khan (voiced by Idris Elba) finds out about Mowgli’s existence, he vows to all the animals that he’ll kill the boy as soon as the Law of the Jungle allows. When the wolves send Mowgli to the human village for his own safety, the journey brings him into contact with Baloo the sloth bear (voiced by Bill Murray), a laid-back yin to Bagheera’s yang.

The movie uses “The Bare Necessities” and “I Wanna Be Like You” from the 1967 animated musical (plus “Trust in Me” over the end credits), but director Jon Favreau serves these poorly, having no flair for incorporating the numbers into the action. More seriously, he and screenwriter Justin Marks replace the original’s 1960s cutesiness with 2010s cutesiness to make these fierce jungle animals relatable. It’s the wrong approach; I usually welcome Murray’s wisecracking, but his contemporariness is out of place in this fable. The filmmakers should have done something similar to Kipling, who gave the jungle creatures antiquated dialogue to make their minds seem less like ours. (Racist, misogynistic cheerleader for the British Empire’s conquests though he was, Kipling sure could write.) Sethi’s American accent might strike you as disconcerting the way it struck me, though given how few Hollywood movies have Asian heroes, I don’t know if we should be too choosey.

Favreau is more at home staging action sequences like the one in which Mowgli and a herd of water buffalo get caught in a mudslide. The jungle locations like the abandoned city where the monkeys live are all the more impressive for being created on Hollywood soundstages. Favreau assembles an enviable voice cast, too: Christopher Walken makes a fair substitute for Louis Prima as the gigantic simian King Louie, while Scarlett Johansson contributes a spine-tingling cameo as the python Kaa. Even she’s not as frightening as Elba, who has a hell of a precedent to live up to, with George Sanders unforgettably portraying Shere Khan in the animated film. Elba can’t match the languorous opulence of Sanders’ bass, but he more than makes up for it in snarling, bullying anger. This spiffy new version of The Jungle Book will undoubtedly entertain kids who find the previous movie too old-fashioned, but I suspect that in 50 years, it’s going to look just as dated.