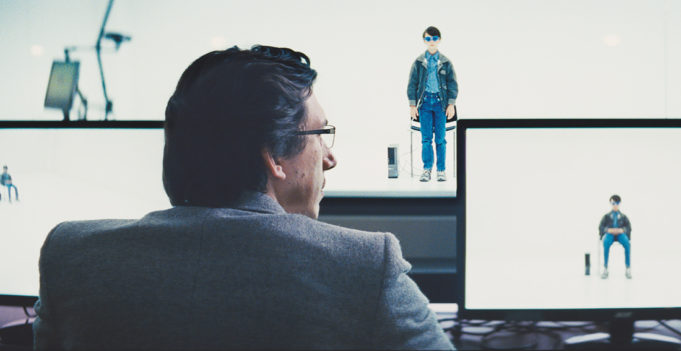 If you were one of the hate-watchers who left Batman vs. Superman worn out and frustrated, maybe what you need is a lo-fi superhero flick like Midnight Special. This low-budget film, which opened in a couple of Tarrant County theaters last week and expands to more this week, aims to put the wonder back into the genre by placing someone with special powers in ordinary surroundings and having him seen through the eyes of ordinary people. It’s tremendous on first viewing, but the more I think about it, the less there seems to be.

The movie begins with a broadcast ad for a Fort Worth car dealership. It’s overheard by Roy Tomlin (Michael Shannon), a fugitive from justice for having abducted his gravely ill 8-year-old son Alton (Jaeden Lieberher) from the compound of a Christian separatist cult outside of San Angelo. They and Roy’s friend Lucas (Joel Edgerton) are making a heavily armed and armored flight to a location in the Florida Everglades, driving under cover of night and sleeping during the day. They’re being hunted by agents of both the cult leader (Sam Shepard), who thinks Alton is a prophet of God, and the U.S. government, which thinks Alton is a threat to national security. In their defense, the kid can pick up radio and satellite signals with his mind as well as do other things that can’t be easily explained.

This is the creation of writer-director Jeff Nichols, and you can easily see why the greatly talented 38-year-old filmmaker behind Take Shelter and Mud has won such a loyal following. An Arkansas native, Nichols is fantastic with moody Southern Gothic atmosphere and the collision of the uncanny with the mundane. He has a bigger budget for special effects here than he had in his previous films, and he wields them without visible strain, as in a scene at a gas station when Alton gives a warning to his protectors before flaming hunks of metal start falling from the sky. Sequences like these contrast well with the unglamorous settings, as Roy and Lucas take refuge in a series of cheap motels and friends’ houses. Nichols acquits himself well in action scenes like the one when Roy and Lucas shoot it out in front of a motel with the cult’s followers.

He also excels at directing actors. The young Lieberher, who was so snappily funny in St. Vincent, does well in a far different role, as a kid who knows more than the adults around him. Adam Driver injects what humor there is here as an NSA cryptographer who tags along on the government’s manhunt and finds his role expanding. Kirsten Dunst makes something of an underwritten role in Alton’s estranged mother, and Shannon (who has acted in all of Nichols’ films) softens his edges nicely as a dad determined to help his son fulfill his mission.

For all that, this movie falls apart toward the end. The cult leader is dismissed seemingly with a wave of the filmmaker’s hand, as are Alton’s health problems after he has some sort of mysterious encounter with his forebears. The final sequence doesn’t deliver on the big payoff that the story seems to be building toward. As Alton achieves an apotheosis of some sort, it seems like he’s supposed to deliver some sort of enlightenment to his parents and Lucas, but we’re left with no clue as to what that might be. What is Alton, anyway? Is he an angel or a space alien or — oh, spare us — a metaphor for the fleeting nature of life? The movie wants to be transcendent, but it lands on cheesy in a way that recalls Interstellar or Tomorrowland or M. Night Shyamalan’s lesser works. It’s a disappointing way for this movie to bow out after starting so remarkably. Jeff Nichols is a filmmaker who has the tools to make something truly astonishing. He tries, but Midnight Special isn’t it.