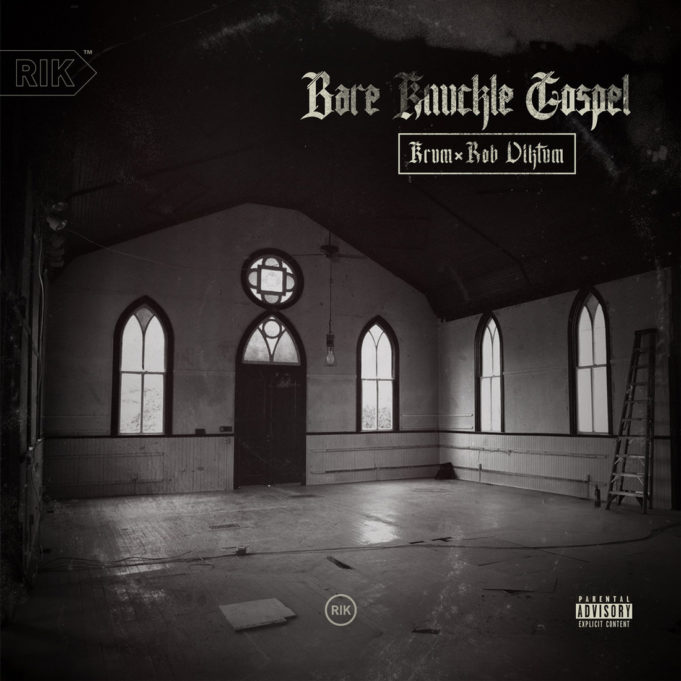 What a difference a name makes. The new joint by Tarrant County rapper Krum (formerly known as Playdough) and producer DJ Rob Viktum is a first-person saga of redemption, faith, and identity told over soulful, haunting samples from old gospel records. Bare Knuckle Gospel is a throwback to old school hip-hop, with dizzying vocals and crackling vinyl front-and-center in the mix.

Viktum’s tracks combine the grittiest parts of hip-hop and gospel. That Krum laid down his intricate vocals to all 10 tracks in just two weeks is a staggering accomplishment –– this high level of harmony usually takes years to achieve.

While much of the album’s lyrical subject matter deals with faith and redemption, it’s all told through a cast of sordid characters or dealing with gut-check moments firsthand. Krum is more storyteller than preacher.

On “Suitcases and Passports,” samples of a woman’s tough-as-nails wailing vocals are draped over raunchy jazz piano and loose, bluesy guitars, with Krum rapping:

“It ain’t healthy, but I’ve been staying alone / The devil told me I could make a lot of bread from a stone / ’Cause I ain’t eaten / Beatin’ / These rappers have gotten old / I’m trying to hear the shepherd’s voice before I’m lost in the fold.”

“Emily Morgan” has a similar pace, with belting male vocals erupting throughout. Krum raps like a modern-day Charles Dickens, depicting the plight of a blockhead:

“Where my dogs at? / Laying low in the bushes / Hanging with the prostitutes, the pimps, and the pushers.”

Bare Knuckle Gospel may have brought out the best work of two hip-hop veterans. –– Jeremy Hallock