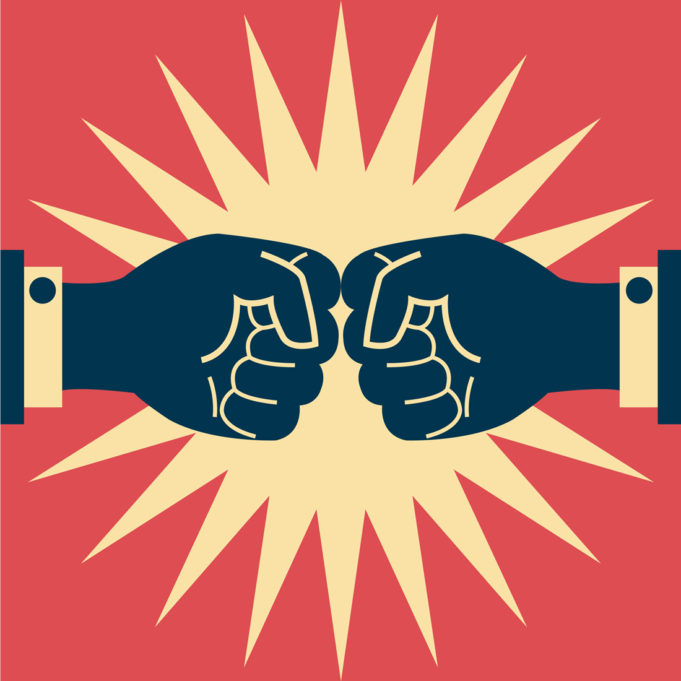 An ocean of blood has been spilled in the name of Christianity over the ages, so it makes sense that two maintenance workers at a Christian university would resort to violence to settle a dispute. But this story is weird even in Biblical context. A recent police report revealed that the TCU maintenance workers had been feuding for more than a year. Their boss came up with what we consider a common sense solution to these types of office disputes –– Thunderdrome at Trinity Park!

According to the police report, the workers, at their boss’ encouragement, climbed into the boss’s truck and drove to nearby Trinity Park to settle the conflict via fisticuffs. (Does anyone say “fisticuffs” anymore? The word sounds old-fashioned. Just saying it evokes images of a wax-mustachioed John L. Sullivan standing stiff-backed in a one-piece bathing suit with his two fists in the air, saying, “Put ’em up, ol’ sport.”) In effect, the TCU maintenance supervisor served as a stand-in for Aunty Entity a la Mad Max: Beyond Thunderdome. Trinity Park isn’t exactly a post-apocalyptic nightmare city like Bartertown, but if you ever want to pummel a coworker’s face, the park is a suitable place and conveniently located near the Hospital District.

The problem started after the fight ended and the three men returned to the campus. One of the men (probably the guy who lost) complained to TCU officials and to police. This setback can be blamed on the supervisor, who failed in his role as Aunty Entity by not ensuring that the combatants fought to the death. Instead, one was allowed to live and showed his gratitude by turning rat.

Police have made no arrests.

“I believe the officer listed disorderly conduct-fighting in public as the charge,” said police Sgt. Marc Povero. “If the detective finds probable cause, then he will most likely issue Class C citations to the suspects and send them through the mail.”

A Class C misdemeanor is punishable by up to a $500 fine.

School spokesperson Michelle Clark had little to say about the incident other than that TCU is looking into it.

“The university is gathering information in order to take appropriate steps to resolve the matter,” she said.

Allow us to offer a few appropriate steps. First of all, the boss should be promoted and given a raise for thinking outside the box while solving a workplace problem. Second, the victorious employee should also be promoted, given a raise for kicking ass, and nicknamed “TCB” for taking care of bidness.

The employee who complained to TCU and police should be reassigned to rodent patrol.