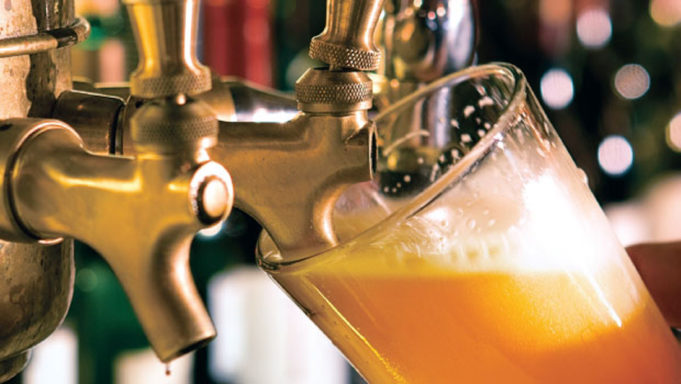 I love beer. Beer is my favorite. Beer is good. Beer is delicious. And beer is all I need to get me through another day of full-time work and full-time parenting and full-time husbanding and ugh! Somebody grab me a beer! And the kind of suds I’m talking about are of the cheap, plentiful, and blue-canned variety. Not sure where I stand (teeter?) on craft brews. I’m not filthy rich, for one thing. For another, beer means more to me than flavor (obviously). In addition to tying one on, beer –– or, more precisely, knocking back a few –– is a sort of dance, un-choreographed but full of familiar movements and music. Pop goes the top. Up goes the fizz. Down goes the liquid. Open goes the mouth. Out come the mellifluous profundities for which I am well known. And then repeat with subtle variations for several hours until oblivion is achieved. The whole deal is intoxicating. Drinking craft beer is reserved for special occasions. I’m sorry, but it’s just too damn expensive and, from what I’ve discovered, too damn caloric. Says the old, boozy meatball.

Which brings us to Untapped.

What started in Dallas as a craft beer event with music or maybe a concert with craft beer a few years ago is now a movement of its own, also setting up shop annually in Austin, Houston, San Antonio, and Fort Worth. For our 2016 edition –– 3:30pm Saturday at Panther Island Pavilion –– Built to Spill, Hayes Carll, Grupo Fantasma, and David Ramirez headline a bill that also includes Rayland Baxter, White Reaper, Dallas/Fort Worth’s Bummer Vacation, and Fort Worth’s The Hendersons. The beer? I have no idea. The only names I recognize from Untapped’s website are Rahr, Real Ale, Revolver, Alaskan, Community, Lakewood, Peticolas, and Angry Orchard. And Brooklyn. And Collective Brewing. And, well, I guess I know a bunch of them. Regardless, I’ve asked our resident beer expert (“exbeert”?) what sudsy goodies he’s most excited about sampling Saturday.

“I’m stoked because local brewers are bringing out the big guns,” said Downtown Eddie Brown. Topping his list is Collective Brewing’s Tropic Thunder, “already a delicious farmhouse saison with green tea notes” which will be “funkified with Brettanomyces yeast.” (With what?!) He’s also looking forward to an intriguing twist on Revolver’s super-popular Blood and Honey. Sangre y Miel is Blood and Honey aged in chardonnay barrels for one year. “It’s slightly dry, tart, and addicting,” Brown said.

As I’m a music columnist and this space a music column, I probably should talk about the tuneage. The big story of Untapped: The Hendersons. From a humble studio project only a few years ago, the retro Brit-pop/psychedelic band led by singer-songwriter Nolan Robertson is now a monster of songwriting and gigging. Their forthcoming third album was produced in Chicago by a future Rock and Roll Hall of Famer (if he’s not in there already; who knows). Legal B.S. prevents me from telling you his name, but if you know anyone in the Fort Worth music scene, you know the man I’m talking about. Untapped could be seen as a kind of coming-out party for Robertson and company. Now a huge swath of mainstream Fort Worth will discover what true denizens of the local scene have known for a while: The Hendersons are badass.

Along with their Untapped performance, they’re also playing 7pm Thursday at The Flying Saucer, opening for Dallas singer-songwriter Jonathan Tyler as part of an Untapped pre-party. No cover. Tickets to Untapped range from $35 to 119. The lowest price point simply gets you in the door to buy beer on your own dime. The VIP package ($65) includes an hour early access, a commemorative tasting cup, access to the VIP lounge and viewing platform, in-and-out privileges, “fancy-ish” restrooms, and a tasting card, good for 12 samples. (Not sure how big a sample is, however.)

The highest price point, the Stout package, affords you VIP status and then some, chiefly access to the Untapped Clubhouse, where you’ll find local bites, side-stage access, and free wine, Sparkling ICE, and *gulp* free beer. Considering I spend about 50 bucks on booze over any given weekend –– usually the result of a $40-60 lunch tab at Fred’s with either my son or wife and son –– and considering I’m often not entertained by a multi-band concert while I’m downing a third of my weekly allowance, that Stout is looking pretty good. I just hope that free brew is Bud-y and light-y.