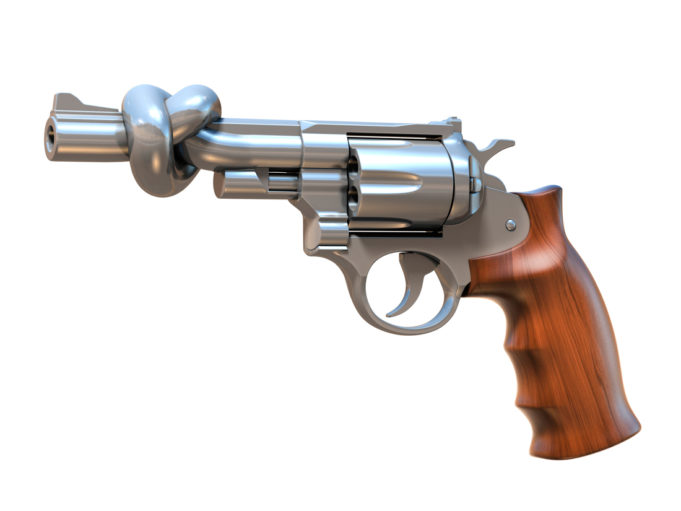 I don’t really know what to say about the Orlando nightclub shooting that hasn’t already been politicized by one side or the other, hammered into swords, and swung against its opposite until the points are dulled and everyone is injured and exhausted. I have to try, though, because it’s difficult to think up jokes about cigarettes and Vegas bombs when you’re still trying to wrap your head around the state of violence in America, about how much of that is made possible because of America’s prioritization of gun ownership over actual human beings.

One hundred people, out for a good time, in what they probably assumed to be the one place where they could live and party without hassle …

You can watch the Anderson Cooper video in which he reads the victims’ names, or you can read their names and bios yourself and look at their pictures. These people deserve at least that much. But if the latest mass murder has already entered and exited your grief and outrage cycles, you should try to conceptualize the Orlando victims in the context of a 100-person capacity bar you’ve been to. I can’t get very far into it because the idea of 100 people I know lying in pools of blood on the floor of my favorite watering hole is horrifying.

If you are pro-gun, I encourage you to go through the entire exercise, imagining the sounds and sights and smells of your friends and/or loved-ones crumpling in agony under a hail of bullets. Are you there? Are you armed? Did you manage to save any lives? Do you still think keeping assault rifles available for purchase to as many people as possible is the answer to the problem? If so, let me ask you this: Does traffic congestion improve by adding more cars? Do your cholesterol levels decrease from eating more McDonald’s?

If you answered yes to any of the above, there is probably not a lot of overlap between your spot on the political spectrum and mine. But I’ll grant you this: Unfortunately, guns are intrinsic pieces of America’s DNA. We can try to explain them, rationalize them, detest them, oppose them, call for their regulation, call for their abolition –– but they aren’t going anywhere, any more than protesting alopecia will eliminate male-pattern baldness. It’s disheartening. But because I don’t worship at the First Church of the Second Amendment, I am not blind to the cynical correlation between mass murders perpetrated by gunmen and the increase in gun sales. Should you angrily defend the notion that an armed citizen at Pulse could have saved lives, I have another question: Do you really think Wayne LaPierre, the NRA, and the legislators they feed and care for are actually concerned about the safety of innocent bystanders?

Maybe they are, as least inasmuch that innocent bystanders are alive and free to spend money on guns. You can’t sell ’em to dead people, after all.

Since Sunday, I’ve been to The Boiled Owl Tavern, Barcadia, Fox and Hound, and The Chuggin’ Monk. At every place, I sat at the bar, face toward the TVs, back to the front door, the same way I and millions of other drinkers have done for as long as bars have existed. But now I am aware that this might be naïve. When I looked around to see who else was drinking at 2pm, I realized (yet again) that what happened in Orlando can happen anywhere. Maybe not with the specific, expressed, fundamentalist bigotry that drove that shooter to single out and kill people he hated (because, yes, regardless of why, he chose to commit a hate crime). But it can happen with the same tools. No matter your identity, your race, or your faith, a gun, at its basic level, is a machine invented to destroy lives. Because I choose to live here, to participate in American life as a citizen, I have to live with the reality that, unlike a place like Denmark or Japan, getting shot in a bar is something that can happen here. It’s a peculiarly American hazard. So are rattlesnakes, but at least they give you a warning first. –– Steve Steward