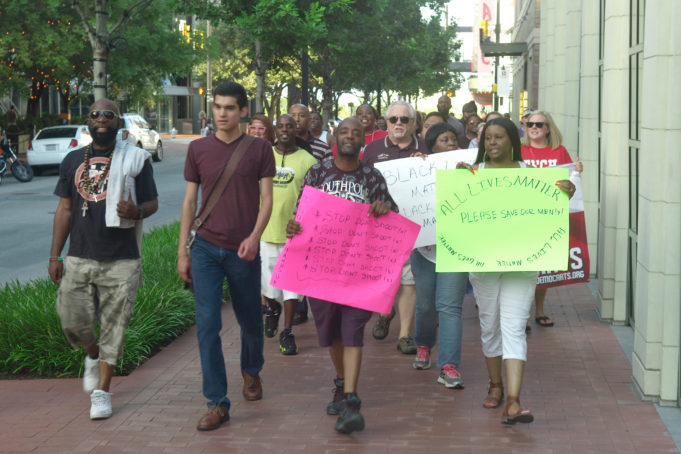 A small band of protestors, armed with DayGlo green picket signs, marched through downtown Fort Worth on Friday night. In the wake of what CNN dubbed the deadliest attack on police officers since 9/11, people of all ethnicities assembled to discuss solutions to the problems the country is facing and to demand an end to bloodshed – for both sides.

The No More Rally will be held tonight/Sunday and tomorrow in Sundance Square. As the group approached Sundance Square Plaza, security personnel on bicycles radioed in in the location and number of marchers. Police and private security kept a respectful but vigilant watch. The protestors chanted, “All lives matter,” “No justice, no peace,” and “Protect us, serve us, don’t shoot us.“ As they marched, more people fell in behind them. After a few trips around the plaza, the group made its way north to the steps of the Tarrant Count Courthouse. Police on bicycles blocked traffic for the group to pass safely then positioned themselves down the street to observe. The march quickly transformed into a community meeting, an open forum for people to speak about their fears and their need for representation in city government. 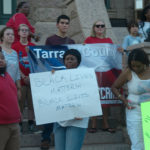 “If we can all come together like this on the next City Council open meeting,” said Angela Darden, the sister of Jermaine Darden, a man who died after being tasered by Fort Worth police in 2013. “The more of us that show up, the longer we get to speak on the issue.”

Darden expressed frustration at the lack of response from the City Council.

“The last time I was there, they hid behind that horseshoe, and I let them know, ‘If you’re going to hide back there, get out. Do something about what’s happening. If you’re going to run for office or district, then fix that district. No more street lights turned out in our neighborhoods. No more streets tore up. No police are coming in policing us when they need to be policing themselves.’ ”

She also expressed anger and frustration with Mayor Betsy Price.

“We already know that Ms. Price isn’t going to do jack,” she said angrily when it was suggested that she go over the police chief’s head with her concerns about how her brother was treated. “She going to sit behind that horseshoe and talk about ‘We going to ride our bikes through such and such park,’ ‘Oh, that was a beautiful mural,’ and ‘Did you see the cop who saved that dog and gave him mouth to mouth?’ But then when I talk about my brother, ‘Oh, we don’t have time to talk about that right now.’ ”

Friend Johnnie Johnson was standing nearby. “So when it’s time for her to go, we can make sure that she goes.” 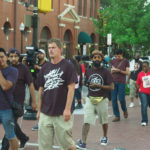 Elizabeth Tarrant, who is running for state representative, spoke about accountability and having a civilian review board for police shootings. Nearly everyone spoke about voter registration and the need for citizens to participate in local elections.

“If you participate in the process, if you vote, they will listen,” said Mark Greene, former Democratic state congressional candidate and former Benbrook city councilmember. “If you don’t vote, they won’t listen. It is as simple as that. Less than 5 percent vote in city elections. These people at the ground level who you’re not voting for and you don’t know – those are the people controlling the city that you live in.”

The conversation kept returning to the fear the citizens have of the police. People spoke about the lack of accountability when officers use deadly force. 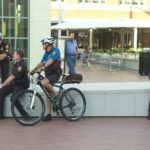 “They need to stop hiding behind ‘I was afraid,’ ” Darden said. “We afraid every day to walk out our front door, but you don’t see us gunning nobody down. … If I tell you I was afraid, you going to give me a break? You going to no bill me? No, you’re going to send me to prison.”

Someone in the crowd asked what to do when in a situation like Philando Castile the motorist in Minnesota who was killed by police during a routine traffic stop. Greene, who is also a former law enforcement officer, responded.

Pastor Torey Franklin of In His Ministries of Hurst agreed.

Greene shifted the conversation to the proliferation of guns in the United States.

“We have more than 300 million firearms in a nation of 300 million people,” he said. “It wasn’t like that when I was a kid. Nobody had an AR-15 or an AK-47 or an Uzi or a MAC or anything else. You might have had a six shooter and a hunting rifle and a shotgun. That’s not the world we live in now, and we cannot stay awash in guns.

“I was a cop,” he continued, “and we did not have to wear vests when I started. You didn’t wear a vest unless you were doing a dangerous raid. That’s [police officers’] underwear now. They’ve got to wear that. They carry six 15-round clips. I used to carry six bullets before. Because the citizens are armed that way. I’m not defending the actions of bad cops. I’m saying that we need to de-escalate.”

The meeting on the steps ended with a prayer led by Pastor Torey. They prayed for peace and for no more killings by anyone.

As the eclectic group of citizens disbanded, demonstrators joked with police and thanked them for blocking traffic. Fort Worth Police Chief Joel Fitzgerald met with Pastor Torey and his wife Krista across the street from the courthouse. Throughout the event, interaction with police and security was minimal and respectful. Early in the evening, the protesters attempted to march across Sundance Square Plaza, and the police told them they couldn’t since the plaza is private property.

“We’ll walk wherever we want,” said one of the marchers, as they started across – but an agreement was quickly reached, and the marchers crossed without chanting. This was the most contentious moment of the entire event, and it ended amicably.