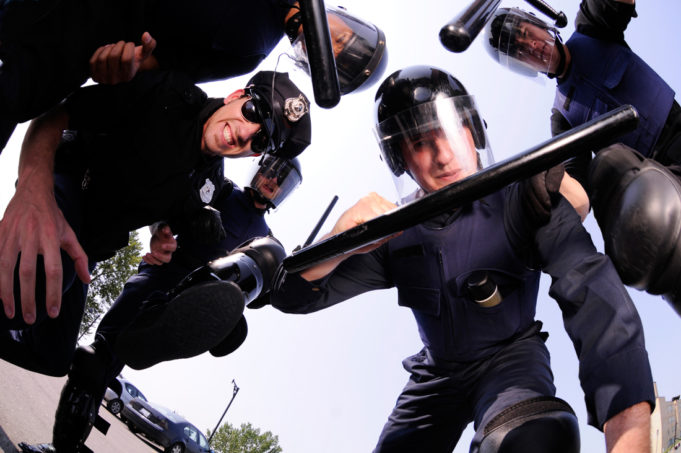 With all the shots being fired lately in Dallas and around the country, we can add one more misguided volley to the list. The Fort Worth Police Officers Association shot themselves in the foot this week after posting a status denouncing Black Lives Matter, a movement seeking to bring awareness and change to the racially motivated abuse of power exhibited by law enforcement officers on the black community. Black Lives Matter is a grassroots political movement that originated in Oakland, Calif., in response to the acquittal of George Zimmerman in the 2012 shooting of Trayvon Martin. The loosely organized movement gains momentum with seemingly every police shooting video that appears on social media. Members of a local version of Black Lives Matter were expressing their concerns in the form of a peaceful protest in Dallas when a disturbed former member of the military opened fire on police, saying he wanted to kill white people. No evidence links the Dallas shooter to the political movement.

As first reported in The Dallas Morning News, the Fort Worth police labor group took to its Facebook page to urge its followers to “DELETE the Pandora radio app from their devices” because of the company’s support of Black Lives Matter. Seems Pandora, the popular online music streaming site, had committed the horrible crime of tweeting a post with the hashtags “#LoveAboveAll” and “#BlackLivesMatter” the previous week after the shootings of Alton Sterling and Philando Castille in Minnesota and Louisiana, respectively.

The police association post was edited a few minutes later. “Black Lives Matter” was replaced with “an organization that chooses to MURDER American law enforcement officers” –– hardly a synonymous phrase for an organization that was peacefully protesting the police shootings of Sterling and Castille. Let that marinate a little bit. Fort Worth police dubbed the marchers in Dallas as murderers for speaking out against the slaughter of black people at the hands of white cops nationwide.

Fort Worth’s police association represents about 1,500 officers and has become a powerful political organization in this city. The group regularly endorses and supports political candidates considered friendly to police causes, such as improved benefits. Now the group is weighing in on national politics with the sensitivity of a hardwood baton cracking open a skull.

Someone has since deleted the post from Facebook but not from the minds, or phones, of the many people who took a screenshot of it and shared it. In what can best be described as a backhanded compliment, the association shared a Fort Worth Star-Telegram story on Monday that reported on a peace rally in Fort Worth on Sunday evening. The association’s Facebook included a comment thanking “ALL that stood tall and showed the world that you can exercise your right to protest and that it can be done proudly and peacefully.”

You know what would make us feel proud and peaceful? Knowing that the mentally challenged Kool-Aid pusher who writes Facebook posts for Fort Worth police is kept far away from firearms and black people and put on desk duty or some other duty that doesn’t involve spewing racist ignorance.