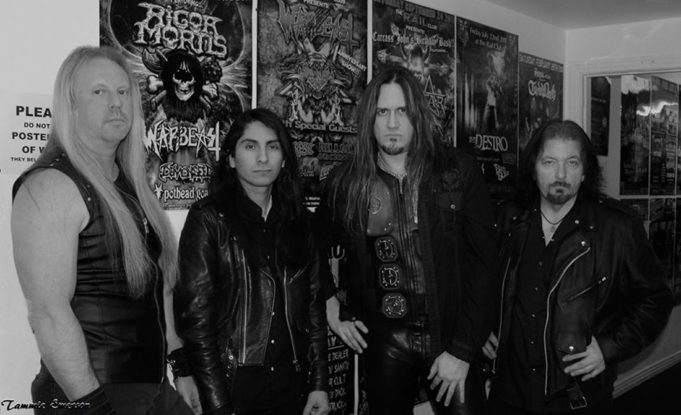 There was a time when Aska was my favorite “local” band.

A short period of time. About a month or so. But still. A time.

It was about a year after 9/11. I had just moved to Fort Worth from Houston. I was on my own, with no friends and with no offers by any of my new Weekly coworkers to show me around the big city. (Thanks, jerks.) I fumbled around town for weeks. For my first big night out, I ended up at 6th Street Live. Though barely 30 at the time, I was the youngest person there by at least 30 years. And yet as I sat at the bar as Rocky Athas wailed, his long, silken mane blowing in the oscillating fan-generated air, the phrase “May I have another Bud Light, please?” kept tumbling from my mouth in the direction of the bartender.

This was the era right before cellphones. Unless I wanted to go through the Yellow Pages behind the bar and start randomly calling clubs, I was stuck at 6th Street Live.

My next night out was even worse. Is The Library still open? Anyway, all I remember is sitting in the corner of the Sundance Square bar people-watching as loud, absolutely horrible pop/R&B bumped and ground (grinded?) through every pore on my body. No one acknowledged my existence, including the bartenders. I bought a 12-pack on my drive back to my crappy little Bryant Irvin apartment.

See? I didn’t even know where any cool kids lived.

I hardly knew the names of the neighborhoods, towns, and cities around here, which is one reason, perhaps the biggest, that I figured I’d write a story about this hard-rock band that pounded out the kind of metal that I hadn’t heard since I was a kid.

“The music’s so uncool, it’s cool!” I remember telling former editor Gayle Reaves while trying to sell her on letting me write an Aska cover story.

I had no idea that frontman George Call and his band weren’t from Fort Worth. Nowhere near us, actually. They hailed from The Colony, a Dallas suburb in Denton County which is, at least, 200 miles from Bryant Irvin. “This is all considered Dallas, right?” I probably kept thinking, driving back and forth from Aska rehearsals, trying desperately to align myself with the bigger, much more popular city to the east to make myself feel better about leaving my wife-to-be in H-town, for one thing, and, for another, to make my friends back home jealous. “You know,” I kept repeating in phone convos with and e-mails to all of the losers I left back in my hometown of Pittsburgh, “DFW is the fifth largest media market in the country, right? Pittsburgh isn’t even in the top 20. Losers.”

In a year or two, and always with my Fort Worth Mapsco riding shotgun, I had a better feel for my environs. And also for what constituted “local” music to Weekly readers. My writing also improved. Not by much but by enough to make me wish I had done a better job on my Aska piece. *shudders*

Maybe I’ve changed. Maybe readers have changed. But one thing that has stayed relatively the same is Aska. Around the time I was writing about Call and company, they had just put out an album, their third. Fact: The leadoff track from Avenger, “Crown of Thorns,” remains in heavy rotation on my “Maiden/Priest” playlist at home. For anyone who’s ever banged his or her head to Maiden or the Priest (or the Scorps or Perfect Strangers-era Deep Purple), trust me. This Aska tune is the jam.

The band’s most recent effort came out in 2013. Fire Eater is, well, it’s a lot like Avenger, loaded with monster riffs, steady grooves, fiery solos, and great, catchy vocal melodies harnessed by high-pitched wailing. And, as was true in 1984, there’s absolutely nothing wrong with that.

At the time of my cover story, Call was happily married with at least one kid. (I think.) We’re Facebook friends, but I stopped following him –– too much unsubstantiated Obama bashing and other neo-con mumbo-jumbo blaring from his page. No telling what he’s up to now, but that he’s still at it, after all these years, is a testament to the enduring power of glam-metal.

Another fact: Shredding on guitar will never be uncool.