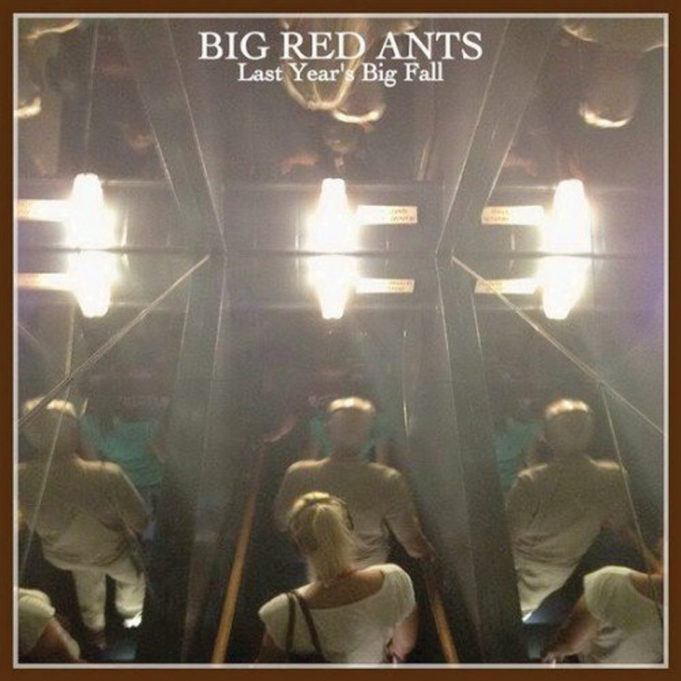 Big Red Ants’ debut album, Last Year’s Big Fall, is a 10-song collection of catchy alt-rock tunes. Occasionally, the musicians rely a little too much on lyrical clichés. But then again, these three cats aren’t old enough to buy a piña colada at their local bar. The Arlington-based band still hasn’t grown out of song titles based on overused phrases. (See: “Saving Grace” and “Here We Come.”)

But you have to give the trio credit for evolving its sound. The Ants’ 2014 demo, One Slice at a Time, was a decidedly pop offering, though it showed glimmers of the band’s current angsty, bluesy oeuvre.

Lead guitarist and vocalist Nathan Alec and slide guitarist Coleby Arnett produced the album at Ghost Studios, a new Arlington enterprise owned by Arnett Carey and where veteran singer-songwriter Carey Wolff is laying down new material. One of the catchiest tracks is the aforementioned “Here We Come,” an up-tempo song about traveling to and preparing for a show. The jam is an energetic combination of bombastic, harmonious guitar riffs, raspy vocals, and Bo Heroman’s thundering bass.

Opener “What You Saw” sets an upbeat tone for the entire album. Angus Rochen’s toe-tapping drumbeat kicks off the track. Alec’s deep voice and powerful lyrics give the song a tough feel that meshes well with the theme of escaping to a place of safety after a troubling experience. The tune gives off a sense of invincibility and self-reliance:

“Live without any fears or the things that take away.”

Running away while maintaining dignity is a recurring theme throughout the record. Starting off with “What You Saw” gives the listener a boost without her having to plop down a fistful of dollars for a double espresso.

The first half of the album has more up-tempo numbers, complete with mosh pit-worthy electric guitar solos. The second half shifts into a reflective mood, especially with the record’s finale, “I’m Tryin’.” This standout track is the album’s only acoustic tune. Alec sings about discontentment and returning home while strumming mellow guitar chords in the background. This song gives off a teenage angst vibe in part with lyrics like “anything to reach into your heart.

“Give me a reason, a reason to stay / I’ve been reaching and grasping for air / Somehow all I get is a tear.”

The guys in the Big Red Ants are at the beginning of their careers, and this collection sets high expectations for their work in the years to come. These young musicians could stand to challenge themselves to become less derivative in their songwriting. But for now, this album is a legit step in the right direction. — Madelyn Edwards