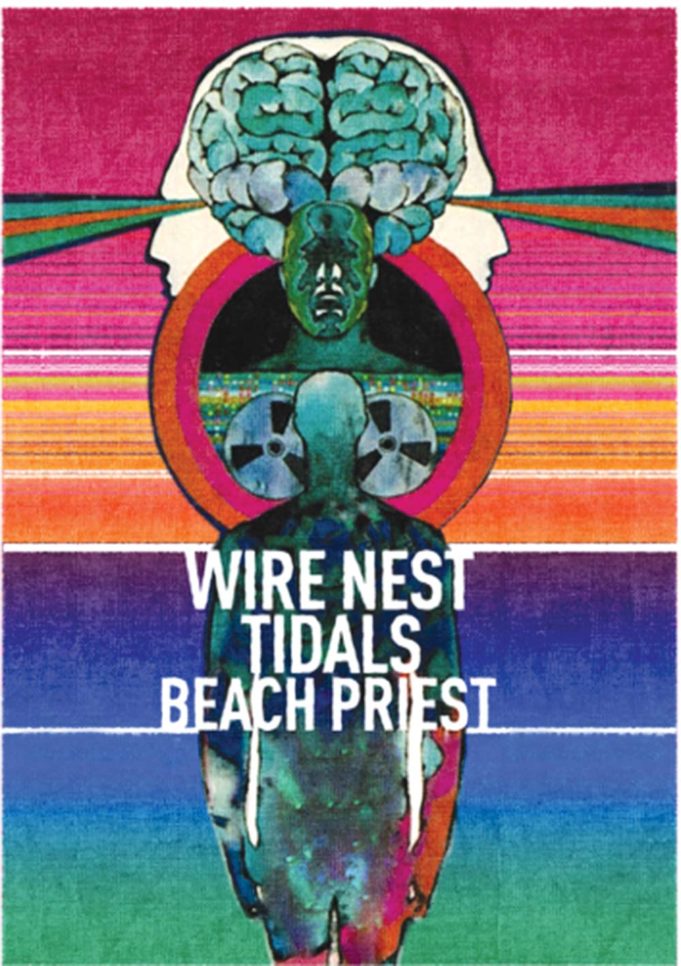 The electronic music scene in North Texas has been growing for the past decade yet while its popularity is on the rise and artists are becoming more abundant, electronic acts often find themselves squeezed onto bills that don’t quite fit. Singular events, such as the recent Give Me a Break show at Shipping & Receiving, pop up from time to time. But Fort Worth has never had an ongoing residency to push the electronic music scene to the forefront.

A couple of respected denizens of the local electro world have taken a major step toward building a more cohesive scene. The Panther City Beat Committee is a monthly showcase of electronic music created by Jeremy Lantz of Tidals and Grant Ring of Beach Priest and the tragically now-defunct Neeks. The gig will take place the last Wednesday of each month at The Live Oak Music Hall.

The duo of Lantz and Ring has been kicking around the idea of putting together a recurring event for about a year, but finding the right venue was a problem.

Ryan Torres-Reyes of Bummer Vacation suggested The Live Oak, pointing out that the venue’s recent run of Wednesday night shows has taken off.

“I’ve been booking for [local production company] Afallon Productions for a bit, and the Wednesday night shows have been going well,” Torres said. “There’s no cover, 50-cent beers. It leaves very little reason for people to say they can’t afford a show.”

Lantz and Ring jumped at the idea and, with a venue now secured, are in the process of setting the line-ups for the showcases. The first installment of the series will be Wed., Aug 31 and will feature Wire Nest, Tidals, Beach Priest, and DJ Shooknite. The inaugural show will also serve as a party to celebrate the new Tidals/Beach Priest split tape, which is being released on Dreamy Life Records.

But while electronic music will be the focus, Lantz said the event won’t be handcuffed to the one genre.

“We are talking about branching out to hip-hop, psych, anything that is kinda out there, anything under that umbrella, but mainly electronic,” he said.

The key, Ring said, is finding the right way to promote it that will bring people out.

“Do people even go to shows anymore because they see a flyer?,” he asked. “It’s difficult figuring out what it is that brings people to shows. It seems that figuring out what works when putting bills together is the biggest challenge.”

With that challenge in mind, Ring and Lantz are hopeful that being able to focus on one certain sound will drum up interest even if some of the artist’s names don’t ring a bell to local music fans. The duo also feels that the venue being in the heart of Fairmount is important for the draw as well.

Evenings that center around the electronic music genre have proven to be successful in Dallas and Austin, and Lantz sees no reason the same can’t be said for Fort Worth.

“We have a great community of artists, not just musicians, that are interested in things that are different,” he said. “Being able to secure a night, one that people can mark on a calendar and look forward to, is important.”

The first run of shows for the Panther City Beat Committee will take place over the next three months, with the idea that the night will become a monthly destination for local and national electronic artists far into the future.

“There are plenty of acts that need to be heard,” he said. “We hope to provide that platform and grow together as a community. There is no reason this can’t work here, and now that we have the forum, we are ready to prove it.”