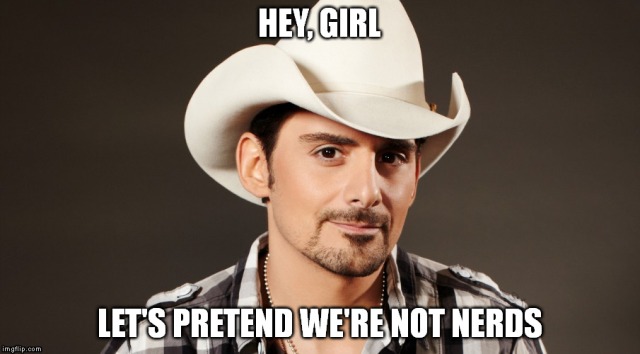 Here’s what’s wrong with kids today. (Well, one thing.) They expect next to nothing from their pop stars, unlike back in the day, when we plebes had some lyrical standards. This chasm will be thrown into harsh relief this week at a single venue.

On one side of history, my history (“his-story”?), we have Def Leppard. Playing Wednesday at Gexa, the British glam-metalists haven’t done anything relevant in two decades or more, but c’mon. Those hits? Off the chain. Was there a slicker, more seductively poppy jam than “Photograph”? No, I don’t think so (with all due respect to “fa-fa-fa-foolin’”).

Def Lep’s lyrics were neither profound nor wholly original, but at least they were colorful and often delightfully impressionistic. They also weren’t condescending or insulting to the “intelligence” of me and my body image-obsessed, girls/sports-fixated 16-year-old friends, “intelligence” in quotes because we were 16-year-old boys. As far as human beings go, there may be no dumber, more idiotic, less enlightened demographic than the one that my pals and I grew into in the 1980s.

No less an enlightened demo than maybe Brad Paisley fans.

Performing Saturday at Gexa, Mr. Kimberly Williams is one of the biggest pop stars on the planet, purveying a species of rock ’n’ roll with fiddle that all sentient creatures should be loathe to call “country” but that is classified as such regardless.

Paisley also can play a mean guitar, though he ruins any musical credibility he may have by pandering so much to the lowest common denominator that he makes Pitbull look like Bruce Springsteen.

Though Paisley’s handiwork –– and that of his co-writers, whomever they may be –– reached its dark apotheosis in 2013 with “Accidental Racist,” a duet of sorts with LL Cool J in which both men end up looking worse for participating than they would have had they simply lit themselves on fire, the West Virginie native’s shit parade boasts dozens of viable candidates for the No. 1 spot. A possible shart topper may be the title track off his most recent (2014) album.

First of all, take out the fiddle, and “Moonshine in the Trunk” is just a bad, horrible soundtrack theme from a theoretical buddy comedy from the mid-1980s starring Gary Busey and Don Johnson. (Is a fiddle all it takes for country radio programmers to play this stuff?) Secondly, ignore Paisley’s bluegrassy, borderline Satriani-esque chops on the axe. It gives him enough technical legitimacy to render any opinion that any writer-person may have of the song moot. So. Forget that. My point is: “Moonshine in the Trunk” is, basically, a paean to NASCAR. (Apparently, the “sport” –– it’s not a sport; it’s a pastime –– started out in the Carolina sticks where bootleggers raced illegal hooch back and forth in souped-up cars.) Now ask yourself: Is this song any dorkier than perhaps the dorkiest homage to any sport of all time, “Basketball”? Understanding that Kurtis Blow’s 1984 hit is really, really super-dorky? I’d have to say, “Advantage, Brad.” Not only because b-ball is cool and speeding around in circles is not, or that it is but only in the most ironic way, like as a thumbed nose to craft culture and green living, but because of the abject pedantry and overall lack of cojones in Brad’s song. Does anyone listen to music, any kind of music, to learn history? No. The answer is no. And yet Brad is more than eager to assume the lectern, adjust his spectacles, and preach, “Well, they say that’s how the Duke boys and NASCAR started out,” he sangs, “They were haulin’ bootleg liquor” –– thanks, Wikipedia! –– “and look where they are now.”

Fact: While we all might know what a NASCAR is now, the Duke boys are, well, let’s just say that I watched Super-Shark last weekend, about a large, prehistoric carcharodon carcharias that devours unsuspecting civilians on sea, land, and air, and Bo is in it.

However. That’s not the worst part of the tune. “Chances are I got a mason jar rollin’ ’round in the back,” Paisley sings, “That white lightnin’s all gone, but it shouldn’t be too hard to act” –– my emphasis –– “that there’s moonshine in the trunk.”

And even when Paisley is trying to do the right thing, he comes off as pandering and always with one eye on “How many records can I sell with this one?”

Exhibit A: “You Shouldn’t Have To.” It’s about a woman the songwriter thinks “looks sensational” –– Thanks, Brad! She’s been waiting her whole life for your validation and yours alone! –– and who clearly is so lonely without a macho partner like strapping Bradley that she just had to end up in one of his songs. Girl, Brad doesn’t think you have to “kill your own spiders, change your flat tire, stoke your own fire, mow your own grass, pump your own gas, ever feel pain, wish you had a ring on your hand.” You need him in your life.

But what’s wrong with being single? When did being on your own become a sin? Oh, that’s right. After a million years of organized religion pushed marriage –– in the traditional sense –– down our throats.

There’s no way anyone can take any of this seriously. And yet as I wrote that, my brain was flooded with images of Donald Trump standing onstage at the RNC with his family, waving and smiling through the flashing lights and balloons, agreeing to be the Republican Party’s candidate in the 2016 U.S. presidential election.