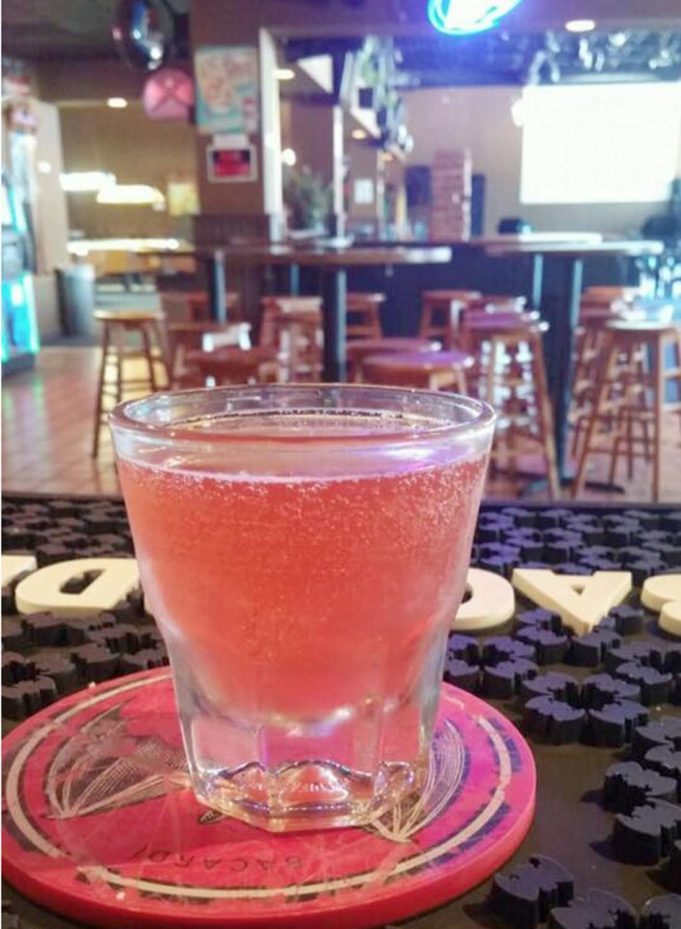 The Hideout: Not too Hidden

Per my fascination with suburban watering holes, I stopped in this place in North Richland Hills called The Hideout the other day, a bar I’d noticed while trying to get to Northeast Mall. If you live in the Mid-Cities, and know where The Hideout is, you might wonder how a person coming from Fort Worth has trouble finding the mall, seeing as it’s basically right off the damn freeway and all. The best answer I can offer is that if there is a way to get lost to a place, I will probably happen upon it. At least I also happen upon under-the-radar bars.

I don’t think The Hideout wants to fly under the radar, though that name might lead you to believe otherwise. It’s sort of hard to miss, because it’s a spacious bar that’s basically freeway adjacent, on a stretch of Bedford-Euless Road that’s also home to an Olive Garden and the new location of British “family pub” Across The Pond. If you are over there, you will likely see it, at the back of the parking lot of that retail strip that has a cigar bar on its street-facing corner.

I wonder when The Hideout’s heyday was, because its décor looks pretty vintage –– at least as old as Sonic the Hedgehog, possibly dating back to when Intellivisions were new. The room is divided into bar and lounge sections, the former floored in ceramic tile and occupying about a fourth of the space, the latter covered in indoor/outdoor carpet the color of dirty denim. If you turn in your barstool, you have a nice view (for a sports bar, anyway) of leather couches, a beer pong table, a charitable “Veterans Sweeps” game-of-chance array (a bunch of monitors set up to display and operate some kind of casino game that benefits AMVET), as well as a stage that rivals those of most of the popular venues in Fort Worth. If I had to guess, lots of cover bands have enjoyed its height and equipment. Probably a lot of karaoke stars as well.

To the left of the stage is a game lounge, apportioned with more leather couches, five billiards tables, and a ping-pong table –– if you were doing a circuitous tour of the room, this is where you’d turn left to return to the bar, perhaps stopping near the restrooms to buy cigarettes or pop some quarters into the vintage Millipede arcade cabinet.

Other details of interest: a colorful sign exhorting you to buy dollar “Suicide Squad” Jell-O shots; and a steel tea urn sitting atop the back bar, about the size of R2-D2 and apparently filled with a bulk mix of Liquid Marijuana (Malibu rum, Blue Curaçao, Midori, pineapple juice, and sweet-and-sour mix), beyond which were the supplies that accompany industrial coffee makers.

Poking out of that stuff was a microphone built into the back bar, the kind with the flexible, chrome stalk that often comes attached to the soundboards in roller rinks and strip clubs. Another little touch I liked at The Hideout were these potted ferns placed on top of the support beam above the low wall separating the pool table side from the live music side –– they were in dire need of watering, but they looked cool and reminded me of a different Hideaway, the dearly departed J&J’s, once my favorite cocktail bar in Fort Worth. At least until I discovered A Great Notion.

I stopped by at the start of rush hour, and,  while it was a Monday, I was a little surprised the happy hour wasn’t getting packed –– for one thing, a Budweiser bottle and a shot of Fireball will run you about five bucks –– but it just seemed like a fun, if a little dilapidated, place to wait out a commute. Or, if you’re as directionally inept as I am, a great place to stop when you’re trying to get to somewhere else. –– Steve Steward

Have you heard of Colorado High Hemp Vodka? It’s fermented and distilled with 51-percent raw hemp. I’ve had it, and it is indeed as mellow as it would have you believe. But I’d been ripping bowls all afternoon, so, really, what wasn’t mellow? Anyway, the small-batch vodka is the main ingredient in this month’s edition of the Stir bartending competition, the monthly Fort Worth Weekly-sponsored contest in which local mixologists vie to make the tastiest cocktail using a given brand of spirit. Head to Bird Café at 6pm on Wednesday to watch as well as enjoy $5 Colorado High Hemp Vodka drinks made by Bird Café’s staff. –– S.S.