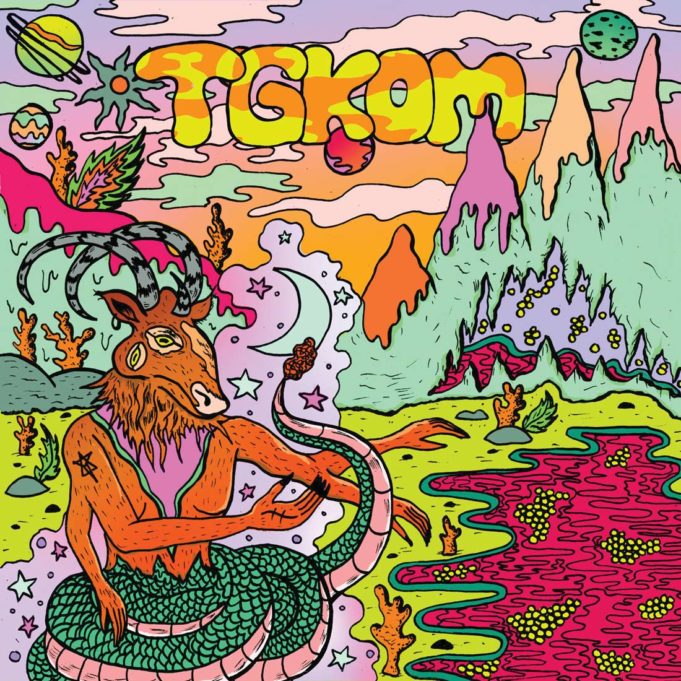 The Good Kind of Mushroom

Does sophisticated songwriting and a mature sound come only with age and years of experience? Teenagers Julian Cedillo (guitar, vocals) and Adam Tunnard (drums, vocals) may have found a wormhole to that sonic destination with their first full-length album. Recorded in June at Tunnard’s parents’ home, Bapharet Vessel is a maelstrom of pulverizing guitar riffs and percussive barrages that pays homage to rock ’n’ roll greats Black Sabbath, Cream, and Jimi Hendrix while forging an original path via complex song structures and tight-knit arrangements.

Leadoff track “Luke’s Third Vision” opens with a cacophony of static, like a radio channel off its proper frequency. Cedillo rolls in with a languid bluesy lick as the background commotion recedes. The anthem sets a defiant mood and is soon joined by Tunnard, who accents the peaks and valleys of his bandmate’s guitarwork with carefully timed cymbal crashes. Like a slow-motion explosion, the song develops into a long crescendo as Tunnard enters with drawn-out Ozzie-esque vocals. Nimble guitar solos ensue, along with equally superlative drumwork.

“Demon Leaf” is an up-tempo number that hits the ground running, with agitated riffing by Cedillo. Tunnard’s light stickwork builds tension before he unloads a torrent of rolls and crashes. Like most of the tracks on Bapharet Vessel, vocals on the album are sparse. Two minutes in, the song goes into double time, amping up an already adrenaline-soaked experience.

Of the six tracks, “Stoa of Attalos” comes the closest to anything that could be labeled “conventional” by mainstream standards. A low, brooding guitar melody opens the tune and is answered by pummeling waves of drumrolls before Tunnard enters singing, “Raised are the flags of the Holy King / Must nature prostrate for sinning thing.” The last half of the three-minute song is an extended instrumental outro constructed on top of the opening melody that slowly smolders and fades.

The colorfully titled “Grand Lizard Bapharet,” running seven minutes, is the album’s longest tune. It unfolds slowly, with a descending blues line. The gesture, similar to a handful of other songs on the album, highlights the teenagers’ ability to patiently pace their performances. The results create an experience that belies the duo’s age.

The Good Kind of Mushroom isn’t a garage band. At a recent show at Lola’s Saloon, the two students at an elite Fort Worth private school are natural performers who aren’t afraid to take chances and spontaneously rearrange their songs or add extended solos. — Edward Brown

The Good Kind of Mushroom