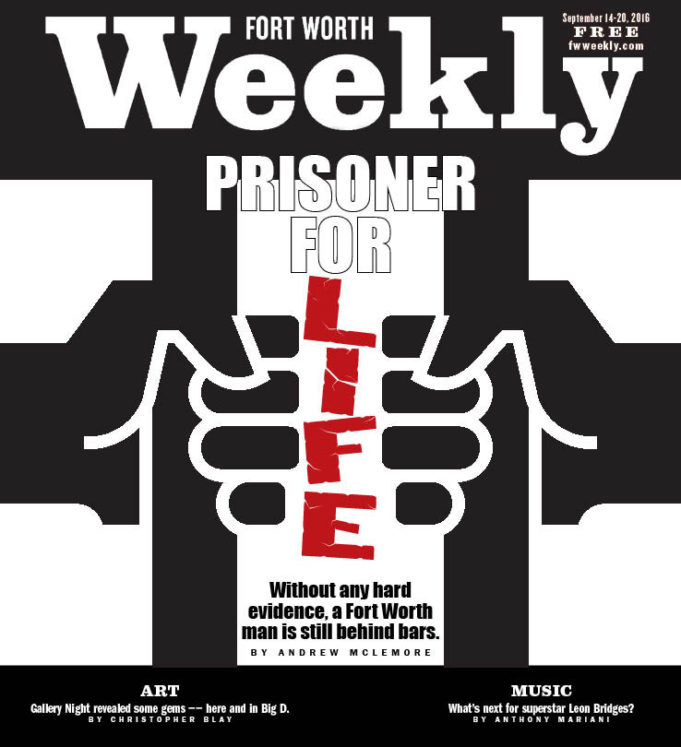 In the eyes of the law, Gregory Charles McCain put a gun to the head of the 14-year-old daughter of his girlfriend a half-hour after playing a blues gig in North Richland Hills.

Or it could have been two days after that.

The exact time and date of the assault would change repeatedly after Jennifer Wright’s first victim statement to the White Settlement police department in October 1997, but the basic story would remain the same: McCain took her to his parents’ house and raped her.

Wright’s accusation was the only evidence. McCain, then 45, had never been convicted of a crime and had a solid alibi for the only specific date that Wright gave police. Nearly everyone who knew her, including her mother, thought she had made up the story out of spite.

A year and a half later, McCain would be taken to a Texas prison, given the prisoner ID number 873513, and start a 20-year sentence for aggravated assault with a deadly weapon.

It has been a losing legal battle ever since.

“I wanted a new trial and to appeal the final outcome, but now I am left with being placed in prison for a crime that I did not commit,” McCain said in a recent letter to me. “Almost every month there is an article in the paper about a wrongful conviction. We don’t like to think our courts and police would do anything wrong, but they do.”

He and his parents hired at least four investigators and eight attorneys and have spent more than $200,000 trying to prove his innocence. Even before his mother died six years ago and the money dried up, McCain began studying law and representing himself.

A few years ago, when his health began to decline, he was moved to the Montford prison hospital outside Lubbock. Prison doctors have repeatedly recommended his release, but the parole board has repeatedly overruled them.

Just a few months ago, despite a heart condition and Parkinson’s disease, McCain handwrote another legal motion, this one requesting DNA testing. McCain wanted the court –– and the state –– to acknowledge that his case was woefully short on evidence, including DNA. The Texas Court of Criminal Appeals denied the motion last week.

Now a year shy of becoming a senior citizen, McCain has been in prison for 17 years. Both of his parents are dead. Their White Settlement house — the house in which Wright said McCain raped her, the house he wants to move back to someday — that house may not be around much longer. Once a professional musician, he will likely never play again. He may not even have that much longer to live.

Unlike many other convicts who fought and won exonerations with the intent of rebuilding their lives, McCain just wants to clear his name and visit with the family members he has left.

And he’s running out of time.

McCain knew something was wrong when he saw Wright standing on the side of the road in White Settlement.

He had just been on the phone with her mother, Mary Wright, his girlfriend at the time, who told him that Jennifer was at home in her room. Clearly, that wasn’t true, so McCain pulled the car over to talk to Jennifer. After she refused to go home with him, McCain told Mary to come pick up her daughter. Once back at home, the mother-and-daughter quarrel deteriorated into a yelling match, and then a fight, according to an August 2000 letter Mary wrote to McCain.

Overwhelmed, Mary called her ex-husband — Jennifer’s biological father, Stan Wright — and asked him to take Jennifer to his place in Millsap, a 45-minute drive from White Settlement.

That’s what happened on September 26, 1997, the second date that Jennifer gave prosecutors for when McCain allegedly raped her late at night. But Mary said Stan picked up Jennifer that evening and took her to Millsap, where she stayed until returning to White Settlement several weeks later.

There were a few other problems with Jennifer’s accounts to police.

She first said that McCain picked her up at 12:30 a.m. and took her to his parents’ house in White Settlement. She said he threatened her with a gun and raped her around 2:30 a.m.

Jennifer also told police that McCain raped her in his younger brother’s room, but Jason McCain said in a September 1998 affidavit that he had been in his room the entire night.

As a result of these inconsistencies, the exact time and place of the assault would never be fully established. Other than Jennifer’s statements to police, there is little else in the public record about what, if anything, investigators did to verify her story. Jennifer also said that she had paged McCain asking him to come pick her up, but there’s no documentation showing that officers checked phone records to see if Jennifer had ever called McCain that late at night.

In Jennifer’s second statement to police, this one in November 1997, she alleged that when McCain drove her home after raping her, he picked up a woman named Michelle Wheeler and told her that he’d had sex with Jennifer.

The court file has no record of an affidavit from Wheeler corroborating Jennifer’s story, but there are plenty of affidavits refuting it.
Jennifer’s own mother never believed the story. Mary told McCain in the August 2000 letter that Jennifer had a history of lying about abuse. A few months later, Mary swore to it in a December 2000 affidavit.

She said Jennifer had falsely accused someone else in “retaliation for disciplinary measures taken against her,” Mary said in the affidavit.

Less than two years after she accused McCain, Jennifer also tried to file assault charges against her mother’s next husband, Paul Meis, Mary said. That accusation never went anywhere because Mary was in the room when Jennifer lost her temper and tried to punch him.

“I do not believe that Greg McCain would sexually assault a child or anyone else,” Mary said in her affidavit. “I have known Greg for 23 years and do not believe it is in his character to do so. It is wrong to imprison someone on trumped-up charges simply because the police cannot prove the crimes that they genuinely believe were committed.”

In December 1997, two months after her first statement to police, Jennifer was taken to Cook Children’s Medical Center for a medical evaluation. Doctors found no evidence of sexual assault. Jennifer told them that McCain had been abusing her since she was 10 years old.

Mary found all of this difficult to believe.

“Greg was never alone with my children until after he moved into my home on May 13, 1995,” she said in the affidavit. “At that time, both of my older children would be home for approximately one-and-a-half hours before I returned from work. Greg was sometimes home during that time but almost always asleep since he worked nights.”

A few years after McCain’s conviction, one of Jennifer’s former boyfriends — whom she was dating at the time of her outcry to police — said she told him that she was going to press false charges against McCain because she “was mad at him.”

“I know Jennifer to be a vindictive person,” Miguel Forte said in a 2003 affidavit. “When I broke up with her, she sent people to beat me up because she was upset with me because I wanted to be with someone else. I have only recently found out that Greg McCain had been charged, or I would have come forward sooner.”

McCain has always maintained his innocence, but he also doesn’t believe that Jennifer is the problem. The legal system is to blame for his imprisonment, he told me in a phone interview, not Jennifer.

“I do not find any pleasure in vilifying Jennifer,” he said. “I believe that she was a victim the same as I was.”

And for that, there is plenty of evidence.

Doctors at Cook Children’s might not have found anything physically wrong with Jennifer, but they did determine that she was likely suffering from anxiety, depression, post-traumatic stress, dissociation, and sexual distress.

Whatever caused the symptoms, Jennifer’s demons would never stop chasing her.

In 2008, two years after her first husband, John Malone, had divorced her, he said in an August 2008 affidavit that his ex-wife had never known “when to stop lying.” The night they split up, Jennifer slapped him in the face, he said, and then called police and told them that Malone had hit her. In divorce court, she still said that her husband had assaulted her, despite a police report detailing the visible handprint on Malone’s face.

“She told me of the alleged rape by a guy named Greg something,” Malone said in his affidavit. “During our divorce, she was caught lying on the stand under oath a little more than a dozen times by two different attorneys.”

Eventually Jennifer remarried, but on Saturday, Dec. 8, 2012, she died in her sleep, leaving behind a second husband and two young sons. 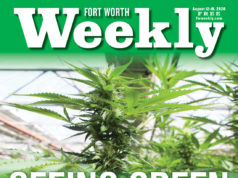