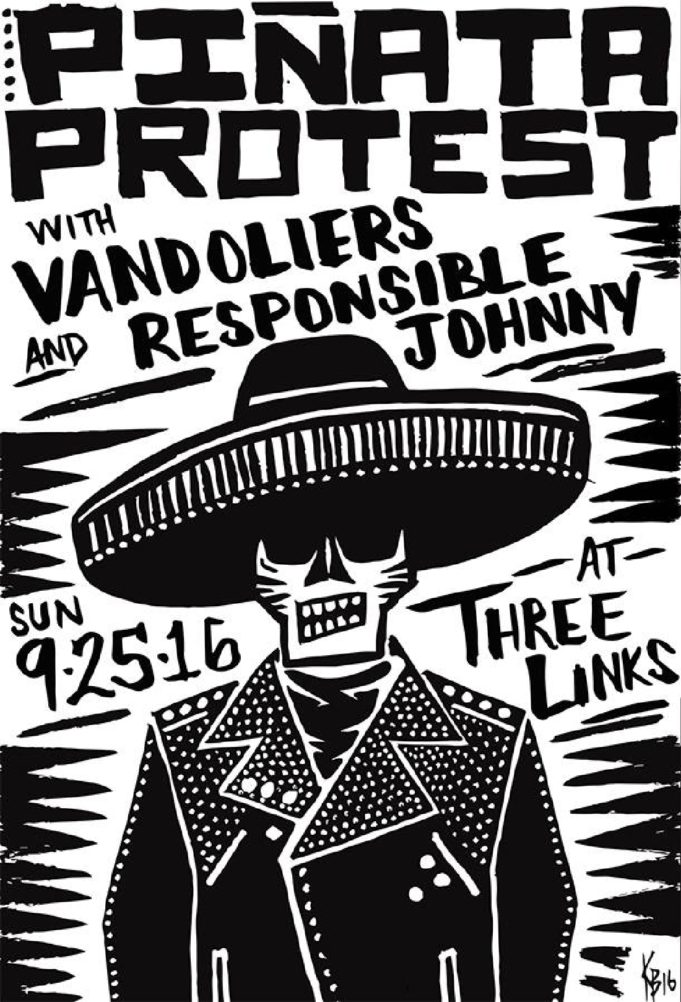 1) Get your Motown fix tonight (Friday) at Lola’s Trailer Park with local R&B cover act Legacy 4 – they’ll bust out your favorite jams from Marvin Gaye, Smokey Robinson, the Spinners, (hopefully) the Isley Brothers, and a whole lot more. Show starts at 7pm, and the cover is only $5, leaving you plenty of dough for a bowl of Frito Pie from the Miss Hap’s Kitchen food truck. If you’ve forgotten what a show at the Ridglea was like, Legacy 4 played there in 2012:

2) There are two metal-related shows of interest this weekend, on opposite ends of Tarrant County; on Friday, head to the West Side, where Tomcats West has a 6-band bill that starts at 8pm with Brewer. Following Brewer: heavy, atmospheric prog band Betray the Dreamer at 8:50; Apothica at 9:40; 5 Billion and Counting at 10:30; Cold Bloom at 11:20; and Justinian headlining at 12:10 am. Hopefully the show goes according to schedule and none of the opening bands exceeds the allotted 30-minute set-lengths. Here are some “random clips” of Betray the Dreamer:

3) Saturday night’s metal show is at Diamond Jim’s Saloon, out on the border of Arlington and Grand Prairie. It’s an Elmo Jones Production show, but instead of the usual 70 or 80-band lineup, this show is a more easily digestible, five-band bill that starts at 8pm with the Great Hanging. Like the show at Tomcats, the bands have 30-minute slots; besides the Great Hanging, there’s Panic, Creeper, throwback metal act Scrap Iron (the best name of the bunch, IMO, possibly named for one of my favorite GI JOE villains), and headliners Herd of Instinct, who take the stage at 12:30. Scrap Iron is releasing a new CD, and a member of Panic (named Joey) is celebrating a birthday, so bring some extra cash to buy the new Scrap Iron disc and/or a congratulatory shot. Cover is $10. Check out Scrap Iron’s old-skool shredding:

4) Lola’s has a fun lineup on Saturday night (and so does the Trailer Park, featuring Whiskey Folk Ramblers and bassist Jack Russel’s son’s pop-punk band, Vegan Shark). Long-running reggae act Pablo and the Hemphill 7 headline the Saloon side, with psychedelic pop rock band the Hendersons in the middle slot, and a newish reggae band Idoljob opening the show. Cover is $7-$10, show starts at 10pm. This is a video of Idoljob engaged in the time-honored, “Cali reggae” band tradition of covering a Slightly Stoopid song. If you’ve ever been in a white-boy reggae outfit, I bet you’ve played at least one Stoopid tune at a show, if not three or four:

5) San Antonio’s Piñata Protest, a rowdy band that blends punk with Norteño influences, headline a Sunday night show at Three Links in Dallas, opened by Dallas’ Vandoliers (who play country with punk influences) in the middle slot, and punkers Responsible Johnny in starting position. The show starts at 9, and cover is $8-$10. I think Piñata Protest is a don’t-miss live band, so I’m gonna call this show the Team to Beat Show of the Week. This is Piñata Protest; if you go to this show, you might want to call in sick on Monday. It’s hard not to party hard when you’re watching them: