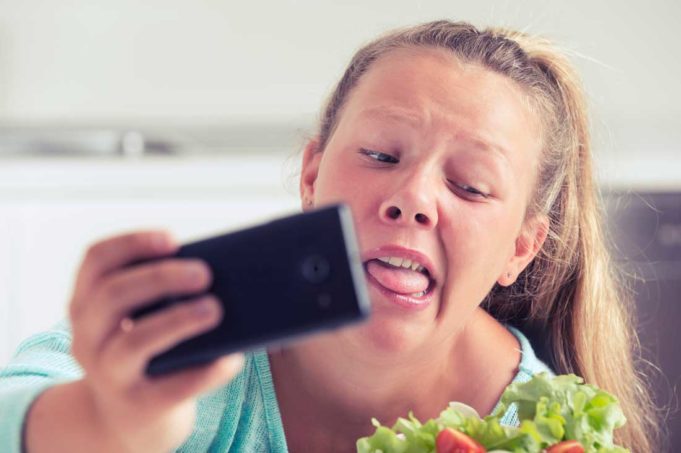 My oldest niece just happens to be approaching babysitting age at just the right time. As it turns out, my spawn will soon be old enough to graduate from his alien-like parasite stage to a smiling, playing, crying, eating parasite phase. Having a relative to babysit means I may actually be able to hit the town again someday. The problem is my niece, the daughter of my sister, has been raised on a diet of McGarbage and sugar.

Sure, my kid is years away from ordering chateaubriand (or even chewing, for that matter), but if my niece is going to watch my little angel, she’ll have to learn some basic recipes for herself. (I refuse to stock my freezer with frozen pizzas or White Castle burgers.) Luckily, I wielded a spatula in a former life and know a thing or three about throwing a meal together.

A few weeks ago, I invited the soon-to-be driver over for a cooking class. A couple of years ago, I learned some hard lessons about the attention span of the cellphone generation when I cooked dinner for both of my nieces (“Miracle of the Tweens and Fishes,” Nov 19, 2014). In between (so many) selfies and Snapchat face-swapping shots of her and my baby recently, I managed to impart a few healthy, easy recipes for her babysitting dinners with my child.

Lesson 1 was salad dressing. One of the simplest, tastiest dressings I’ve ever used was taught to me by Chef Walter Kaufmann when we worked together at the long-shuttered Bistro Louise.

First, mince a shallot, or at the very least chop it finely and throw it into a large salad bowl. Add a heaping tablespoon of Dijon mustard and two tablespoons of rice wine vinegar. Stir all of that and give it a minute to emulsify and then stir in three tablespoons of decent-tasting olive oil. (Pro tip: If you get your olive oil from condiment packages at Long John Silver, it’s probably bad.) Toss in any combination of lettuce and veggies, and you’ve got yourself a zesty, delicious starter to a healthy dinner. For an even simpler dressing, just squeeze half a lemon and combine it with three tablespoons of olive oil, salt, and a minced shallot.

Lesson 2 was sauce. For our entrée, we sautéed some Steelhead trout with salt and pepper. I’m a firm believer in letting a fish taste like fish and making a sauce to add a little extra zing. That evening’s recipe was a modified Jacque Pepin sauce pour poisson.

The main ingredient is basic mayonnaise –– though that may seem inelegant, it’s just a creamy, fatty base for anything. Take about 4-5 tablespoons of mayo and combine it with the juice from half a lemon. Add a dash of salt, Tabasco sauce, fish oil, and about a tablespoon of fresh dill. It’ll add a little bit of a kick to any seafood.

Speaking of sauce, our dessert for the evening was just vanilla ice cream with a brown sugar balsamic strawberry sauce. First, you have to make a balsamic glaze by combining a cup of balsamic vinegar and a tablespoon of granulated sugar. Bring that combo to a boil. In another pan, throw in two pounds of strawberries and a third of a cup of brown sugar and boil ’em up. Reduce the heat to a medium-low and let that fruit simmer for about 10 minutes. Put the mushy berries into a bowl and crush them into a chunky pulp with a potato masher. Let the sauce cool for 30 minutes and stir in the glaze.

At least while she’s at my house, my niece won’t be cramming diabetes-helper down her gullet. And who knows? Maybe she’ll learn to like homemade healthy food and live past her 40th birthday –– all thanks to my kid.